Areas of London and transport

We are often asked “what’s the best part of London to live in?” This depends on how much you are prepared to pay and how far you are prepared to travel, amongst many other things. The good thing is that London has a fantastic public transport network and LSHTM is well connected with good transport links to many areas in London, so as long as you live close to a tube station, you should be able to get to LSHTM fairly easily.

To help with your search, we have created a brief Area Guide of some of the places in London which are popular with students. However, there is no substitute for getting to London a few weeks before the course starts to explore the city and see it for yourself.

LSHTM is located in Bloomsbury, Central London, Zone 1. Most Londoners don't live in Zone 1; it is very normal to live in Zones 2 or 3 and beyond.

The following tube stations are all within walking distance of LSHTM's main building in Keppel Street: 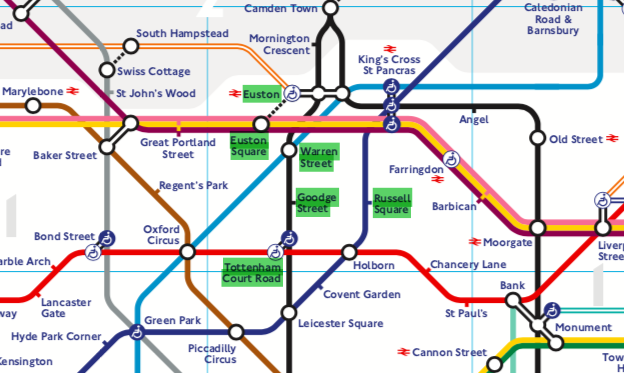 Looking at accommodation near tube stations in zones 2 to 4 (or beyond depending on budget) that are serviced by the relevant tube lines would ensure a relatively easy commute to LSHTM.

Check out the TfL website for bus routes and maps.

What is a safe place to live in London?

London is generally a safe city and we hear of very few problems from students. When choosing an area to live, it is important that you feel safe and comfortable. It’s a good idea to visit an area both in the day and in the evening when it’s dark to make sure you will be happy in the area. When visiting a property, you should always plan your route before you go so that you feel confident finding it, and think about taking a friend with you.

It's not uncommon to read about violent crime in the newspapers, but it hardly ever involves innocent passers-by. The most likely thing to happen is that someone steals your phone/wallet.

You can stay safe by taking basic precautions:

Like all Londoners, you will develop a love-hate relationship to London’s transport system, but really it is very good at getting millions of people from A to B on a daily basis!

London Underground (“the Tube”): often the quickest method of getting around. Gets crowded at peak times (between about 7 - 9 in the morning, and 5 – 7 in the evening).

London Overground: the Overground network provides a good service to non-central areas, but Overground trains are not as frequent as the tube.

Bus: cheaper but not really advisable for long journeys due to traffic congestion, unless you are happy sitting in slow-moving traffic for an hour. Best for local journeys.

Cycling: worth considering if you are an experienced city cyclist. Although London is not the most bike-friendly place compared to some countries, improvements have been made in recent years with the introduction of Cycle Superhighways and Quietways. The Santander bike-hire scheme allows you to hire a bike from as little as £2 – there are two docking stations very close to LSHTM.

Which ticket type to buy

If you will be using London transport regularly (e.g. 5+ times a week), you should probably get an Oyster card and buy a weekly or monthly Travelcard on Oyster covering the appropriate number of travel zones.

If you will be living within cycling or walking distance, it’s still worth getting an Oyster card and loading it with pre-pay credit for occasional use (much cheaper than buying individual tickets). Or you can use a contactless bank card to pay for your travel on a pay-as-you-go basis (just make sure your bank won't charge you international transaction fees if it hasn't been issued by a UK bank).

Oyster cards are available from tube stations and are valid on pretty much all the London transport network (tube, Overground, bus, tram, DLR, TfL Rail, Emirates Air Line, River Bus and on most National Rail services in London). You can buy Travelcards on Oyster or top up your Oyster card with pay-as-you-go credit at ticket machines on tube stations or online at www.tfl.gov.uk.

Once you have registered on your programme at LSHTM, you can apply for a Student Oyster photocard (which gives you 30% discount on Travelcards) on the TfL website.

Transport for London (TfL): everything you need to know about transport in London.

Google maps: locate a potential property, use street view to look around and work out your route on foot.

Apps like Citymapper, which you can download onto your phone, are also useful for planning a journey when you're out and about. Some apps also allow you to compare the cost of different modes of transport and routes.