The Ukraine conflict in context

20 June 2022 London School of Hygiene & Tropical Medicine London School of Hygiene & Tropical Medicine https://lshtm.ac.uk/themes/custom/lshtm/images/lshtm-logo-black.png
Neha Singh, HHCC Co-Director, gives her view on the Ukraine conflict and the uneven media focus it has highlighted. She also discusses other ongoing humanitarian crises around the world, which have slipped from the headlines. 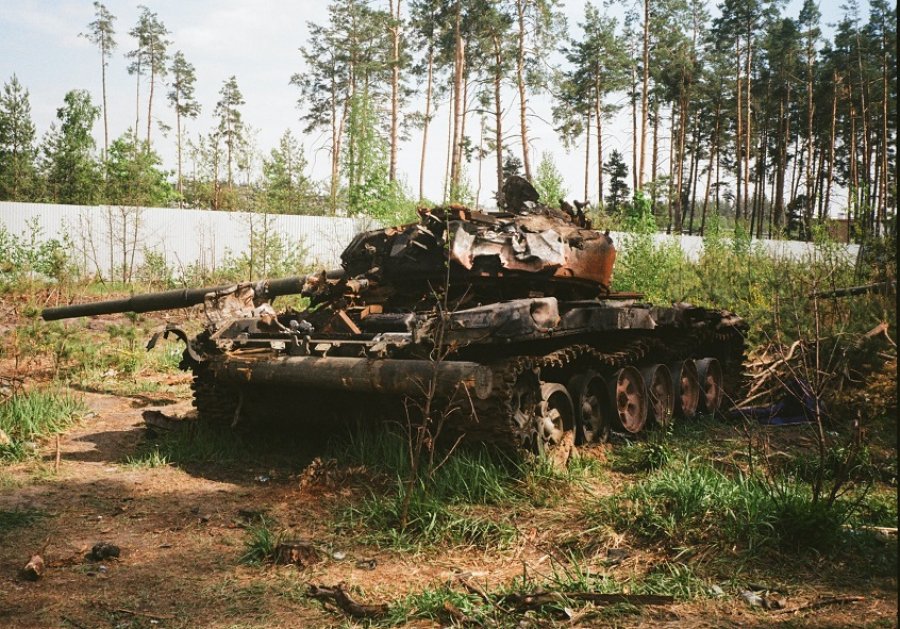 It has been over 16 weeks since Russia escalated its invasion of Ukraine. Having worked in humanitarian health for over a decade and as Co-Director of LSHTM’s Health in Humanitarian Crises Centre, this is another grim reminder that conflict can happen anytime, anywhere. It also has endless repercussions on health: mental health, access to medication, managing chronic conditions, maternal and child health, violence against women, spikes in infections, missed vaccinations, living with old and new disabilities in unfamiliar surroundings…

It is also important to understand the Ukraine conflict in context. Much has been said of the focus on Ukraine versus other conflicts, such as Yemen and Syria, as I mention later. We must take this into consideration, especially as LSHTM and other institutions in resource-rich settings are only starting to address their colonial and Eurocentric past, as well as present structural inequalities.

In light of World Refugee Day on 20 June, we explore some of these issues with a range of LSHTM experts.

The war in Ukraine

Since Russia started its escalated invasion of Ukraine on 24 February this year, the impact has been huge. According to UNOCHA, as of June 2022, more than 7 million refugees have fled Ukraine, making this the fastest growing refugee crisis since World War II, in terms of numbers of people fleeing over such a short timeframe.

In addition to bombings and attacks on citizens, there have been multiple targeted attacks on healthcare facilities, including the children’s hospital in Mariupol, on which we made a statement on 11 March.

These attacks have also resulted in healthcare staff and supply shortages, which are even more crucial during times like these. There is a real danger that in light of these pressures, the Ukrainian health system - already stressed from two years of a pandemic - will be further stretched by rising numbers of patients with COVID-19, HIV and a polio outbreak which started in October 2021. Huge numbers of people will also be struggling to manage chronic conditions and, longer-term, we expect a huge mental health burden as a result of the invasion.

The ongoing humanitarian crisis in Yemen

More than six years of war (with no end in sight) makes the crisis in Yemen one of the world’s worst humanitarian crises in recent years. The conflict and a protracted economic blockade has pushed Yemen to the brink of famine.

According to the International Rescue Committee, since 2015, 229 schools and 148 hospitals have been damaged during fighting or used for military purposes, violating international law. UNOCHA estimates that only 50% of Yemen’s health facilities are functional.

The fact is, the world simply does not know how bad the healthcare situation is in Yemen, or the number of Yemenis impacted. LSHTM researchers are inviting the Yemeni diaspora to take part in their work, as the absence of a death registration system has made it difficult to understand the impact of conflict and COVID-19 on mortality in Yemen. They recently estimated that 10 to 14 million Yemenis may have been internally displaced in 2015 and 2016, about five times the United Nations estimates, but this number decreased to one to two million by September 2021.

Unfortunately we have not see the kind of focus on Yemen, in terms of attention from governments and the media, or funding, as we should. This is due to Western governments’ interests in keeping diplomatic relations with Saudi Arabia, who are a key actor deemed responsible by many parties, including large parts of the media and many international organisations, for funding and prolonging the conflict.

Syria: A decade of war and worsening economic crisis

Food security and inflation have created the worst economic crisis in a decade of war. Water shortages in the region have long been tied up with conflict. In Syria, these water shortages are creating drought-like conditions, which have a knock-on effect on health, for example on nutrition and sanitation.

The only border crossing authorised by UN Security Council Resolution,  which allows for the delivery of international aid into Syria, expires on 10 July. It would be disastrous if it were not extended.

A decade of independence has been marred by ongoing violence, which makes moving aid in and around the country extremely difficult. International organisations currently deliver over 80% of healthcare. This shows the need for a coordinated approach: responding to immediate needs, but also focusing on longer-term development and strengthening health systems so as not to lose progress made.

Floods and food insecurity remain a reality, with the World Food Programme warning that food insecurity is at its worst levels since independence, and that 2 million children under 5 and women are facing acute malnutrition.

When the US and its allies withdrew from Afghanistan on 15 August last year, the Afghan government collapsed and the Taliban took power. Reserves were frozen and external funding stopped, impacting essential services, such as health and education.

As a result, the WHO estimates that 90% of health facilities funded by the World Bank-managed programme will close. On request of the Ministry of Health in Afghanistan, LSHTM coordinated a revision of the country’s health services, resulting in the Integrated Package of Health Services. However, efforts to fund and implement this package of services have stalled, in particular since the Taliban took over.

The country has faced increased food prices and food insecurity, which has led to widespread hunger. Primary healthcare services have almost collapsed. The country had already been devastated by conflict, severe drought and the COVID-19 pandemic, which had plunged half the population into poverty. One in two Afghan children under five are now suffering from acute malnutrition. The food and hunger crisis bleeds into the health emergency, including a measles outbreak, dengue, endemic polio and COVID-19.

A conflict between the government of Ethiopia and forces in its northern Tigray region, which started in November 2020, has thrown the country into turmoil.

“Six months into the war, only 27.5% of hospitals, 17.5% of health centres, 11% of ambulances and none of the 712 health posts were functional. As of June 2021, the population in need of emergency food assistance in Tigray increased from less than one million to over 5.2 million. While the pre-war performance of antenatal care, supervised delivery, postnatal care and children vaccination was 94%, 73%, 63% and 73%, respectively, but none of the services were likely to be delivered in the first 90 days of the war. These data indicate a widespread destruction of livelihoods and a collapse of the healthcare system.”

The ongoing crisis has been further compounded by severe drought, which is affecting at least 81 million people.

There has been noticeable discomfort among development agencies and donors, who have historically funded and currently fund work in Ethiopia, to confront the reality of what is happening in Tigray.

With the number of conflict-affected populations increasing, it is clear that more is needed in terms of attention, funding and resources. Through research, education, policy and practice, the Health in Humanitarian Crises Centre aims to improve and inform humanitarian responses, but in an ideal world, our work would be obsolete.

The lack of attention and donor funding that these ongoing crises garner is a shocking reminder that we must keep highlighting them and working to support the millions of people impacted. It is a shame that a new conflict is giving us this opportunity.

Statement on the hospital bombing in Mariupol, Ukraine
Why we must not forget older people and people with disabilities in Ukraine
Will the war in Ukraine lead to a spike in tuberculosis cases?
Learn More