Will the war in Ukraine lead to a spike in tuberculosis cases? 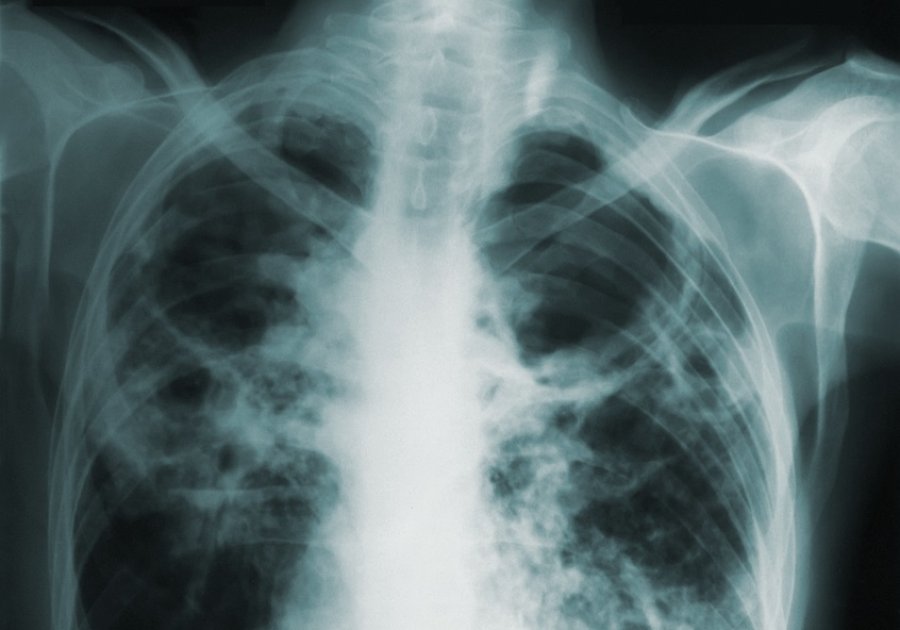 Beyond the clear and obvious horrors of war lie some of its more insidious consequences. Conflict can lead to food scarcity and an increase in poverty and homelessness – factors that make people vulnerable to infectious diseases, including tuberculosis. TB kills nearly 1.5 million people every year, more than any other single infectious disease bar COVID-19. Two years of this pandemic have disrupted health systems and increased vulnerabilities – these impacts are now being compounded by war.

Ukraine already has one of the highest rates of drug-resistant (DR) TB worldwide, which requires months of treatment using expensive, potentially toxic drugs, with a low likelihood of success. The Russian invasion of Ukraine will have a significant influence on the country’s TB care and prevention efforts and could result in rates of DR-TB soaring both in Ukraine and among the flood of refugees fleeing.

Ukraine’s healthcare system in conflict-affected areas will struggle to diagnose and appropriately treat those affected by TB as facilities are damaged and staff battle with increased disruptions and reduced capacity. People will be hesitant to access care, and for those hiding or now living in cellars and other cramped conditions, this will increase the spread of infection. For TB patients who receive six months or more of treatment, disruptions to medication supplies or access could affect their adherence, which can significantly affect treatment outcomes. The huge displacement of people (some 6.8 million refugees and more internally displaced), will further disrupt diagnosis and treatment of patients.

People fleeing who are infected with mycobacterium tuberculosis will take it with them to new locations. Here, language barriers, fear and a lack of familiarity with the health system will result in difficulties accessing care. Despite adequate healthcare systems in many countries hosting refugees, there may also be a lack of medical expertise with regard to TB, potentially resulting in misdiagnosis, if screening occurs at all.

Several chronic medical conditions known to increase the risk of TB, such as HIV, diabetes and malnutrition, will all be more difficult to manage in people exposed to the war or escaping it, with lower than anticipated numbers of refugees accessing available HIV care already. Routine testing of refugees has only recently been recommended by the European Centre for Disease Prevention and Control, and any such programme would need to balance the benefits against other issues, such as stigmatisation and discrimination, as well as conditions such as malnutrition or poor mental health.

To make matters worse, Ukraine is a major exporter of many basic food commodities. Together with Russia, it produces nearly one-third of the world’s wheat and barley, and half of its sunflower oil, while neighbouring Belarus and Russia are key producers of potash for fertiliser. The UN Secretary General has voiced concerns over rising prices and the scarcity of these and other products, which will further contribute to increasing poverty, malnutrition, stunting, and even famines. Reduced food exports from Ukraine and its neighbours will mean increased vulnerability in other TB high-burden countries, where there is too often a lack of resources to respond.

All this is not just true of Ukraine. With the focus of Western media on a new European war, so many other devastating conflicts across the globe have been ignored and forgotten. Famine and violent civil wars rage on in Tigray, Syria and Yemen, and genocide in Myanmar sends thousands fleeing to Bangladesh and beyond. COVID-19 has already adversely affected such situations by increasing food insecurity and disrupting global supply chains.

Screening and treatment most urgent needs

As ever, the most vulnerable in the society will suffer as a result. For many, their descent into extreme poverty will only reduce any resilience to TB. Without collective action to address this, more people worldwide will develop TB, more people will live with the life-long consequences, and more will die as a result.

More investment in feasible, sustainable solutions is urgently required, although the financial cost of war makes this difficult in the short term. Diagnostic tools, particularly drug susceptibility tests, as well as preventive therapies, appropriate treatment and support, such as counselling and nutritional services are all crucial. However, if nothing else, adequate screening and treatment for refugees, should be the most urgent and sustained priorities.