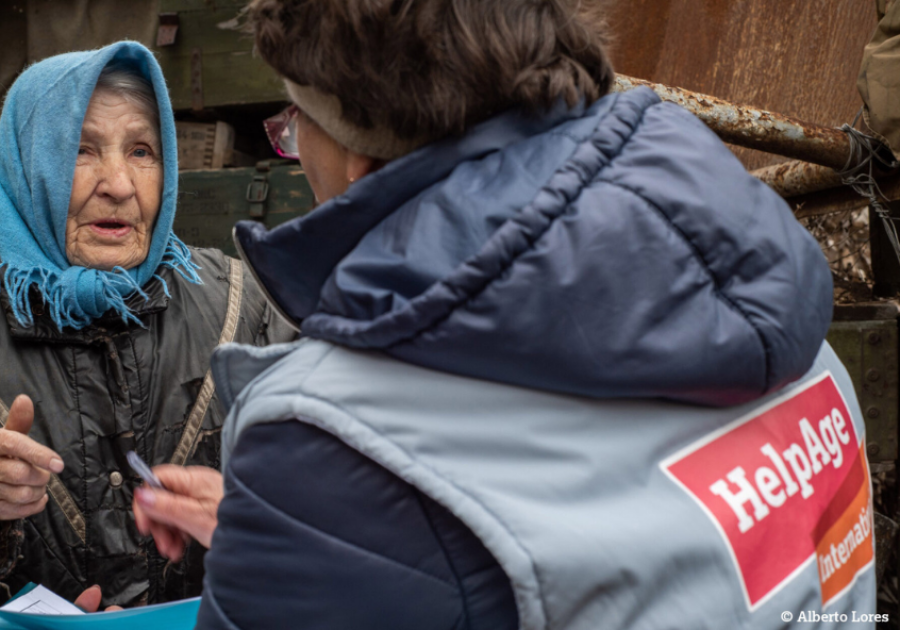 Those are the words of Olga, a 71-year-old woman who lives just five kilometres from the “contact line”, in Luhansk province, in the government-controlled area (GCA) of Eastern Ukraine, speaking a week before Russia escalated its invasion of Ukraine. Her son, granddaughter and two great grandchildren live on the other side of the stretch of land, in the non-government-controlled area (NGCA). They are separated by ongoing fighting and various checkpoints, making visits difficult and dangerous. Olga lives alone and has difficulty walking because of pain in her legs and joints. She also has high blood pressure and often experiences severe headaches.

Olga is one of more than two million older people in Eastern Ukraine who are at severe risk as a result of the conflict.

For Olga and many others, the situation was dire prior to the invasion. The conflict in Eastern Ukraine has been ongoing since 2014 and more than one third (37%) of the people in need are over 60 years old. According to the UN Office for the Coordination of Humanitarian Affairs (UNOCHA), “this is the highest proportion of elderly people in need among humanitarian settings in the world”.

As the humanitarian response ramps up to meet the growing need in Ukraine and surrounding countries, we must remember older people and people with disabilities.

Read the expert comment from Phil Sheppard, DrPH candidate at LSHTM, whose thesis focuses on older people with disabilities in humanitarian crises in Ukraine and Tanzania. His work has been conducted in collaboration with HelpAge International, a global NGO supporting older people.