Head of Clinical and Veterinary Sciences at the AMR Centre 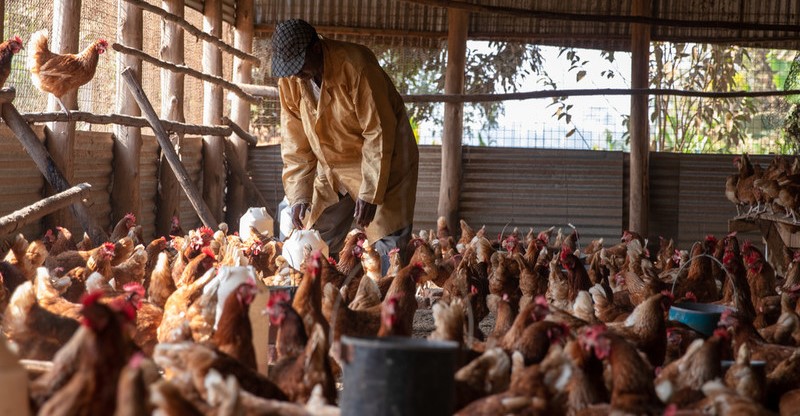 Observations in clinical and veterinary medicine are perhaps the most obvious manifestations of antimicrobial resistance. For example, an HIV-positive individual must switch to second-line antiretroviral therapy after a rising viral load and genetic testing reveals resistance to first-line therapy; in areas of southeast Asia malaria parasites clear more slowly from patients’ bloodstreams due to increasing resistance to artemisinin combination therapy; a patient in an intensive care unit, found to be infected with multi-drug-resistant gram-negative bacteria, is placed in isolation to avoid spread to hospital staff and other patients; after years of routine use of colistin (an “antibiotic of last resort”) in pig and poultry herds, bacteria that harbour and transmit colistin resistance are detected in animals and humans.

In turn, there is wide recognition that overuse of antimicrobials in humans and in animals drives resistance in microorganisms. Antimicrobials are spoken of as the “wonder drugs” of the 20th century, as their discovery, development and use led to major advances in health care and unprecedented increases in life expectancy. When antimicrobial medicines became available, infections that until the early 1900s caused a high burden of morbidity and mortality – bacterial meningitis, tuberculosis, post-surgical or post-trauma bacterial infections, malaria, etc – could be treated effectively and safely in most cases. Since then, however, the widespread use of antimicrobials has also exerted selection pressure on microorganisms, driving the development and spread of resistance.
Global concern is growing in the face of accumulating evidence showing international and intercontinental spread of antimicrobial resistance. The WHO states, “A post-antibiotic era – in which common infections and minor injuries can kill – far from being an apocalyptic fantasy, is instead a very real possibility for the 21st century.” Addressing this crisis has become a major priority, with the World Health Assembly adopting a global action plan in 2015 (see link below), and the United Nations General Assembly debating a way forward in Sept 2016.

A number of strategies have been proposed to contain the risks of antimicrobial resistance, including improved epidemiological surveillance, optimized use of available antibiotics, development of new antibiotics, and development of better diagnostic tests. Tackling antimicrobial resistance will require sustained cooperation across international borders and agencies. In addition, in addressing this challenge, we must work across disciplines that may not have previously engaged one another effectively. “One Health” initiatives encourage collaboration among physicians, veterinarians and ecologists to study and control the spread of infectious agents across human and animal populations and the environment.

Antimicrobial resistance is a natural biological occurrence, but it is encouraged and promoted by human behaviours including use (whether appropriate or otherwise) of medicines, poor infection control practices, and increasing global travel and trade. The Antimicrobial Resistance Centre at LSHTM is uniquely placed to address these challenges, bringing together researchers with expertise in laboratory, clinical, and social sciences.

Some practical questions that remain to be answered in human and veterinary medicine include:

Will better diagnostic testing improve the use of antimicrobials? That is, can development and implementation of point-of-care diagnostics lead to more focused, and less empiric, management of clinical syndromes? What about point-of-care assays to analyse pathogen resistance before treatment is prescribed?

What are the most efficient and sustainable approaches to epidemiological surveillance of antimicrobial resistance, especially in areas of the world where health care and public health resources are already tightly constrained?

To what extent can preventive strategies, including sanitation and hygiene measures, vaccines, and environmental modifications (including measures to reduce exposure to biting insects that carry infectious agents) drive a reduction in use of antimicrobials?

What interventions are most effective to favourably change behaviours of people whose actions influence antimicrobial use, i.e.: Prescribers, from village health workers in remote tropical areas, to primary care physicians during cold and flu season, to specialists caring for immunosuppressed patients in tertiary care hospitals? Patients, including those in areas where some antimicrobials are widely available over the counter? Livestock farmers, from families in urban Africa who keep a few chickens to supplement the household income, to fishery managers in northern Europe, to managers of industrial feedlots in central USA?

Can human and animal immune responses be modulated to improve the ability to prevent establishment of an infection, or to fend off infection, thereby reducing the need for antimicrobial use?

And if, as some warn, unchecked antimicrobial resistance bodes “the end of modern medicine,” what might constitute “post-modern” medicine?