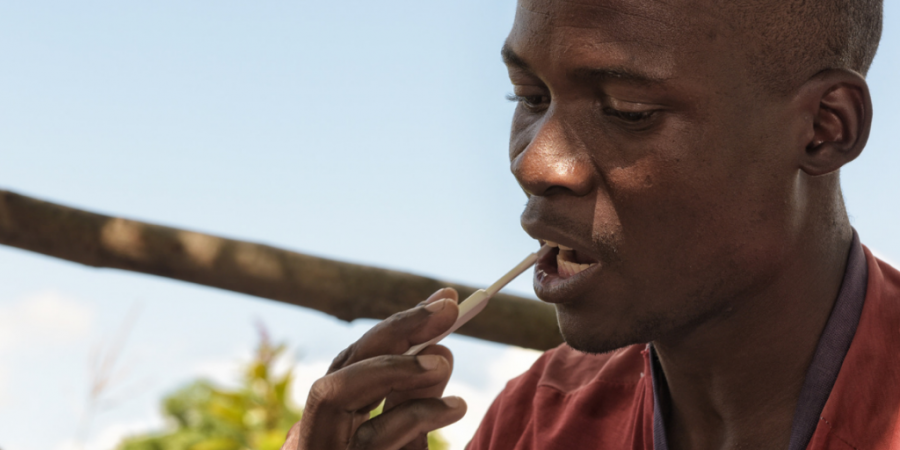 Crucial new insights for scaling-up evidence-based HIV self-testing (HIVST) have been revealed in a special issue of BMJ Global Health.

The collection brings together 14 research papers and is coordinated by the World Health Organization (WHO) in collaboration with the STAR Initiative led by Population Services International (PSI) and the London School of Hygiene & Tropical Medicine (LSHTM).

Key findings include that increasing knowledge of HIV status through self-testing leads to increased demand for HIV treatment (antiretroviral treatment or ART) at nearby clinics, providing a way to estimate impact without intruding on the privacy of self-testers. Self-test kits were also shown to be acceptably and effectively distributed through social networks of young women by peers living in rural KwaZulu Natal, although this did not increase demand for HIV prevention.

Despite decades of progress, an estimated 16% of people living with HIV globally do not know their status. HIVST is a recommended strategy that offers users a discreet and convenient way to test, particularly those facing barriers such as stigma and discrimination and other clinic access barriers.

To advance global HIV goals, the STAR Initiative was launched in 2015 to support the evaluation and introduction of self-testing on a massive scale. Researchers at LSHTM, the Liverpool School of Tropical Medicine and partner institutes in Malawi, South Africa, Zambia and Zimbabwe have been vital to the highly successful rapid scale-up of HIV self-testing. From being a strategy considered too risky to consider just a few years ago, there are now millions of kit used annually under HIV elimination strategies in 93 countries.

However, knowledge gaps remain on HIVST, something this special issue aimed to address.

Professor Liz Corbett from LSHTM said: “This special issue is the result of great collaboration between researchers in the UK and Africa. One of the take home messages from the research is the need to make the combined delivery of HIV testing and HIV prevention options for HIV-negative testers as seamless as possible - eliminating ‘supply-side barriers’ as far as possible.”

Dr Euphemia Sibanda from the Centre for Sexual Health and HIV/AIDS Research (CeSHHAR), Zimbabwe said: “We also show that kit distribution can be delivered at low cost, but that cost-effectiveness relies on efficiency of the whole cascade from testing through to linkage to treatment and prevention. These findings are likely to be generalisable across different testing programs, such as other STIs and COVID-19.”

The special issue publishes five cluster-randomised trials delivered in four countries, with significant impact on ART uptake when results are combined, and two that are the first to investigate whether HIVST can be used to increase demand for HIV prevention (PrEP in adolescent girls and young women, and VMMC for men, respectively). Neither reported significant effects.

It also includes five health economics papers showing how programs can maximise impact from diagnostic interventions. Two key conclusions are that economies of scale are critical to achieving low unit costs for kit distribution but that this gives rise to tension between more and less targeted approaches.

Dr Rachel Baggaley, Coordinator of Testing, Prevention, Population Unit with the WHO Global HIV, Hepatitis and STI Programmes, said: “This STAR special issue underscores how investments in HIV self-testing can support the first 95 in the UN global HIV goals. It also provides a foundation from which the potential of other self-testing and self-care approaches can now be more readily realized as a people-centred option, including sexually transmitted infections, hepatitis and potentially COVID-19.

“This evidence is timely as countries seek ways to maintain essential testing services during COVID-19 disruptions, and WHO looks forward to greater country implementation and investment in recommended self-testing approaches.”

Innovating with HIV self-testing in a changing epidemic: Results from the STAR (Self-Testing AfRica) Initiative

HIV has detrimental effect on children’s growth and bone strength, landmark study finds
"HIV is not an unsolvable problem" - an interview with Vicky Simms
Self-testing trebles HIV testing rate amongst trans people in randomised trial
‘Test and Treat’ intervention could contribute to towards HIV elimination by the year 2030
‘Test and Treat’ reduces new HIV infections by a third in southern Africa communities
Learn More