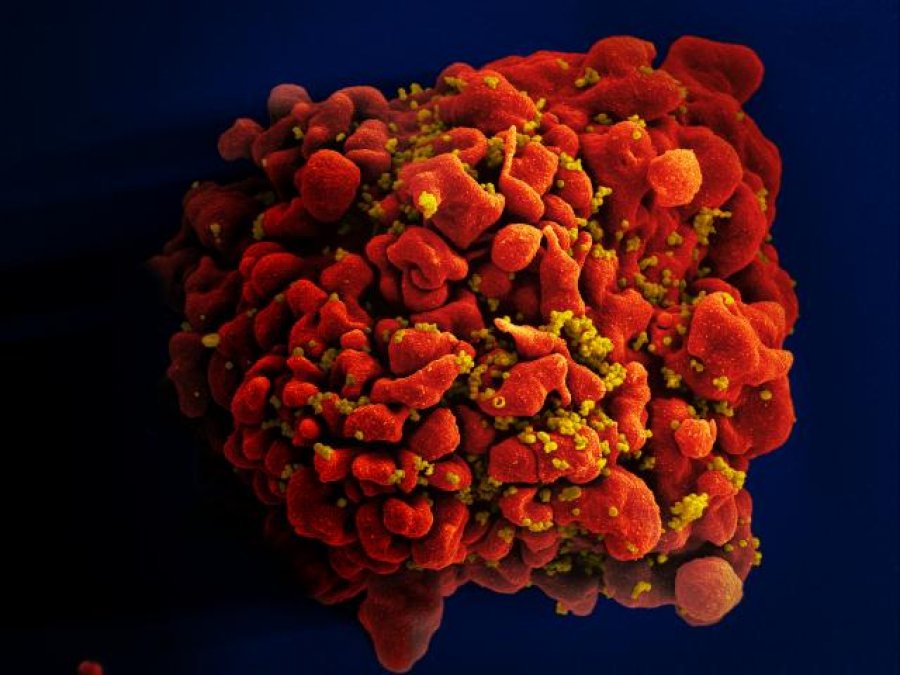 Children growing up with HIV infection have concerning deficits in skeletal strength which become more apparent towards the end of pubertal growth, finds the new research in The Lancet Child and Adolescent Health.

In the largest study to date to investigate the link between HIV and skeletal health in children, the researchers found a potential association between these skeletal deficits and the first-line antiretroviral-HIV drug, tenofovir disproxil fumarate (TDF), which is widely used across sub-Saharan Africa.

The research was carried out by the London School of Hygiene & Tropical Medicine (LSHTM), the University of Zimbabwe, the University of Bristol and the Biomedical Training and Research Institute in Zimbabwe. The findings raise concerns for the long-term impact of this drug on the skeletal health of adolescents across the region, as they transition into adulthood.

An estimated 2.5 million children currently live with HIV in sub-Saharan Africa. Over recent years the successful roll-out of antiretroviral therapy (ART) programmes has enabled many more children to survive adolescence to reach adulthood.

Children growing up with HIV in sub-Saharan Africa often experience poor growth through puberty resulting in ‘stunting’.  Puberty is a critical period of skeletal development as this is when we build bone mass to achieve, by early adulthood, our ‘peak bone mass’; this is the maximum amount of bone a person will have through the rest of their life. The amount of peak bone mass we each achieve, in part determines the likelihood we will go on to break a bone later in life, highlighting the importance of healthy pubertal skeletal growth for a healthy adulthood.

This landmark study recruited 303 children with HIV and 306 without HIV to compare bone deficits and density.  The team found marked deficits in bone density were common in children with HIV, who have a substantially higher prevalence of low bone density (a deficit of two or more standard deviations) compared with their HIV-uninfected peers.

However, the effect of HIV on bone density was most marked in the last stage of puberty, especially affecting the spine in females. Use of the drug was strongly linked with bone deficits, particularly affecting the total body (predominantly reflecting cortical bone, i.e. the outer surface of bone that provides a protective layer around the inner part of the bone).

Rashida Ferrand, Professor of International Health at LSHTM, said: “This study really underscores the importance of addressing the long-term adverse impacts of HIV infection on the bone health of children living in sub-Saharan Africa. If the bone deficits this study has identified persist into adulthood, this region in Africa risks seeing a growing number of fractures over the years to come, which will place pressures on already under resourced health systems.”

Dr Ruramayi Rukuni, a Wellcome Trust PhD Fellow who led the study in Harare, Zimbabwe, said: “This is the largest study to date to investigate the effect of HIV infection on skeletal health in children in sub-Saharan Africa. Our results provide us with novel insights into the long-term effects of HIV infection and its treatments on the health of the skeleton.”

Celia Gregson, Professor of Clinical Epidemiology at Bristol University, who provided musculoskeletal expertise on the study, added: “We found that taking TDF, which is the first-line anti-HIV drug for children age ten years and older or who weigh at least 25 kgs, for four years or more as part of your treatment for HIV was linked with much lower bone density, to a level that translates clinically to an approximately 50 per cent increase in both childhood and adult fracture risk. That is unless one is able to intervene to reduce this risk.”

The finding that bone deficits appear greatest at the end of puberty in females is of concern, as these women may soon draw upon these potentially inadequate skeletal calcium reserves to support pregnancy and lactation, which may increase their fracture risk.

TDF is currently recommended first-line in the treatment of HIV and is thus extensively used in sub-Saharan Africa. The detrimental effects associated with TDF use in this study, support re-evaluation of this first-line use during skeletal growth. Interventions aimed at ameliorating bone deficits in children with HIV such as vitamin D and calcium supplementation are currently under evaluation.

The researchers acknowledge limitations of this study, including the design of the study meaning the researchers could examine the link between the drug and skeletal deficits, but causality is difficult to establish. Additionally, the children in this study may not have reached peak bone mass, which is normally achieved by the mid-20s.

Ruramayi Rukuni et al. Effect of HIV infection on growth and bone density in peripubertal children in the era of antiretroviral therapy: a cross-sectional study in Zimbabwe. The Lancet Child and Adolescent Health. DOI: 10.1016/S2352-4642(21)00133-4