London School of Hygiene & Tropical Medicine London School of Hygiene & Tropical Medicine https://lshtm.ac.uk/themes/custom/lshtm/images/lshtm-logo-black.png
The HIV outbreak in Pakistan is unprecedented in terms of the proportion of young children affected, mostly under 5-years-old. It represents a 54% increase in paediatric diagnoses over the past 13 years, according to an observational study of more than 30,000 people in the town of Ratodero, published in The Lancet Infectious Diseases. 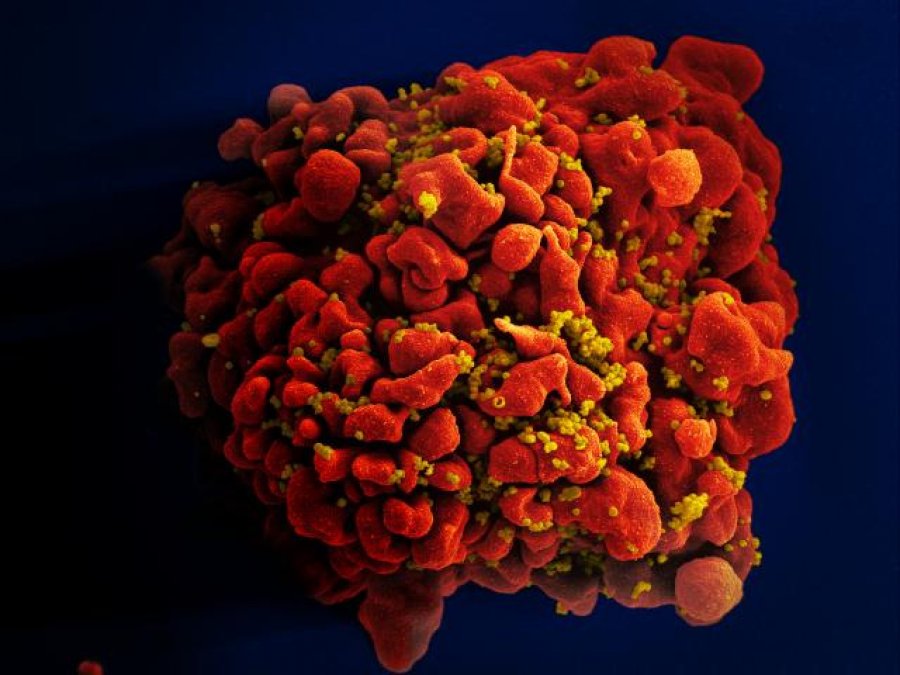 The results, which are the first scientific report on the outbreak, appear to confirm observations by a government taskforce that HIV was mostly transmitted to children as a result of health care providers using contaminated needles and blood products. Of the 591 children registered for HIV care, 395 (67%) had started antiretroviral treatment by mid-July, due to an inadequate supply of drugs and a lack of trained staff.

Professor Rashida Ferrand, from the London School of Hygiene & Tropical Medicine and senior author of the study, said: “This is by far the most extensive HIV outbreak ever in Pakistan. Unlike previous outbreaks, it is mainly children that are affected - nearly 800. Individuals with HIV were identified only through client-initiated HIV testing, so this figure is likely to be just the tip of the iceberg.”

Most people (70%) in Pakistan are served by the private health sector, which includes unregulated hospitals and doctors.  Patients and carers have a strong preference for treatment via injections because they perceive oral treatments as less effective.

As well as highlighting measures to control infection, the authors propose urgent government priorities to help both prevent and treat paediatric HIV. For example, providing drugs to treat HIV and blood-borne viruses, training and regulation of health care providers, and improving surveillance of viruses in the population.

They recommend research to better understand how the epidemic may have spread from high-risk groups such as people who inject drugs (PWIDs) and sex workers to the general population. They suggest low condom usage and risky injection practices may have contributed.

The outbreak was discovered in the town of Ratodero in April 2019 and the high proportion of paediatric cases was widely reported in the news media. In response, a government taskforce - supported by academic experts and UN agencies – visited private and public health facilities, where they observed needles being reused and blood products being used without screening for infections. This led to the closure of three blood banks, almost 300 clinics, and the Sindh Health Care Commission.

A screening camp was established at Tehsil Hospital in Ratodero to provide free voluntary HIV testing and counselling for all age groups, and large numbers of people attended. Between April 24, and July 15, 2019, 31,239 people were tested for HIV, and data were collected on their clinical history, such as previous injections, cannulations, blood transfusions, and parental HIV infection. The research team reviewed the data generated.

A total of 930 people tested positive for HIV, of whom 604 (79%) were five years old or younger, and 763 (82%) were younger than 16 years. Doctors had observed high numbers of paediatric diagnoses in their clinics but this study provides the first scientific analysis of the epidemic and the response to it.

By the beginning of July, 591 children had been registered for HIV care. The average age was three years old, and 478 (81%) of the 591 children were five years old or younger. Before March 2019, only 1,423 children had registered for HIV care across the whole country since records began 13 years ago. The 763 new HIV cases in less than 12 weeks and in a single district represent a 54% increase in national figures (from 1,423 to 2,186).

The authors observed that more boys were affected than girls but the study was unable to shed light on the why this might be. Most of the children (404/453, or 89%) reported multiple previous injections, usually to treat diarrhoea or respiratory tract infections (not vaccinations).

A smaller number of children (40/453 or 9%) had undergone blood transfusions, usually to treat iron deficiency anaemia, with four also treated for the blood disorder thalassaemia. 15 children reported having received neither multiple injections nor a blood transfusion. Of these, 12 of their mothers had an HIV test and all tested positive.

Professor Ferrand said: “This outbreak highlights the very weak infection prevention control systems and poor blood safety in Pakistan, which not only present a substantial risk for spread of HIV but also other bloodborne viruses such as hepatitis B and Hepatitis C. Furthermore, it demonstrates the high risk of the HIV epidemic bridging into the general population from high-risk groups within which HIV transmission has been concentrated.

“There is an urgent need to put robust and accountable systems in place for ensuring safety of donor blood and infection prevention control. Programmes for treatment of not only HIV but also other bloodborne viruses, highly prevalent in the country, need to be scaled-up, now.”

Dr Fatima Mir from The Aga Khan University in Pakistan and study lead author said: “Pakistan has experienced a series of HIV outbreaks over the past two decades, but we’ve never before seen this many young children infected or so many health facilities involved. Use of syringes and needles is widespread and Pakistan has one of the highest rates of unsafe injections in the world. Health practitioners need to use intravenous treatment only when necessary, use needles only once, and screen blood for infections before using it for transfusions.”

The authors note several limitations to the study. Media coverage of the outbreak focused on 14 infected children, which could have resulted in more children than adults being tested for HIV. Pinpointing when children became infected and how needles and blood products became contaminated, was harder because most of the children registered for care were found to be in an advanced stage of the disease.