"HIV is not an unsolvable problem" - an interview with Vicky Simms

1 December 2020 London School of Hygiene & Tropical Medicine London School of Hygiene & Tropical Medicine https://lshtm.ac.uk/themes/custom/lshtm/images/lshtm-logo-black.png
In honour of World AIDS Day, we interviewed Vicky Simms who is a statistical epidemiologist at the Zimbabwe LSHTM Research Partnership. We started with getting to know a bit more about Vicky herself – from the communities she’s forming in Zimbabwe, through to being a self-confessed star-wars nerd. But the most interesting part of our chat was learning about her recent HIV self-testing project on children (the B-Gap project) and her reflections on World AIDS Day. 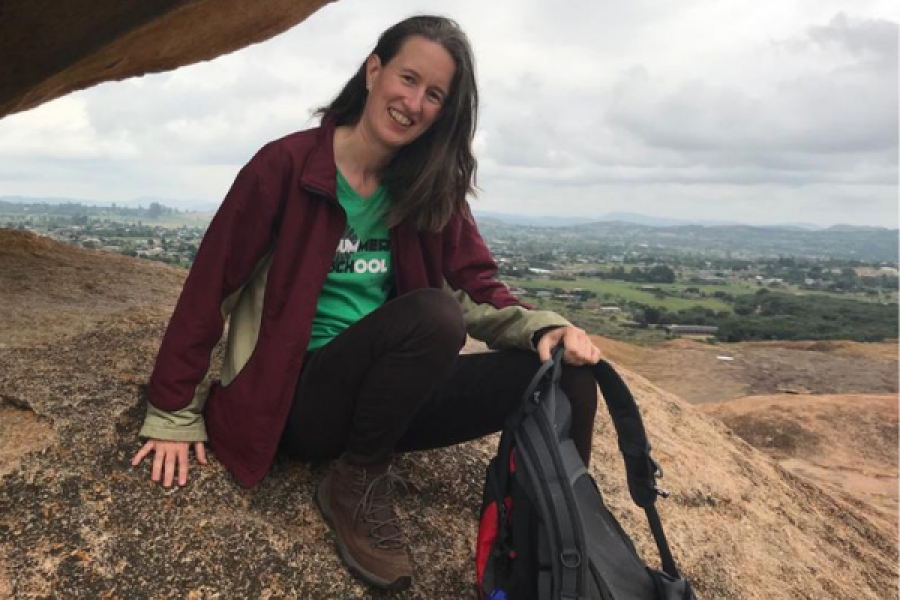 “HIV is about people, and you need to learn as much as possible about how people behave, how people can be persuaded, influenced or helped to change. Also learn about politics and structural barriers, most importantly to see the big picture.”

Visiting different parts of Zimbabwe as much as possible. Last week, I was down in Bulawayo for the dissemination meeting and we spent a weekend in Matobo National Park which was amazing.

How has your experience in Zimbabwe so far since you moved there in 2019?

It has been really good, and I am glad I came. The interesting thing is that you need to be prepared for anything. You don’t know what’s going to be next - power cuts, no currency, or sometimes it will be impossible to buy petrol. It’s a great place with a strong community - nobody can cope alone with all the challenges, so we all help each other and do favours a lot.

What would it surprise people to know about you?

I used to run a karate club in East London. I‘m a huge nerd and have an encyclopedic knowledge of Star Wars. 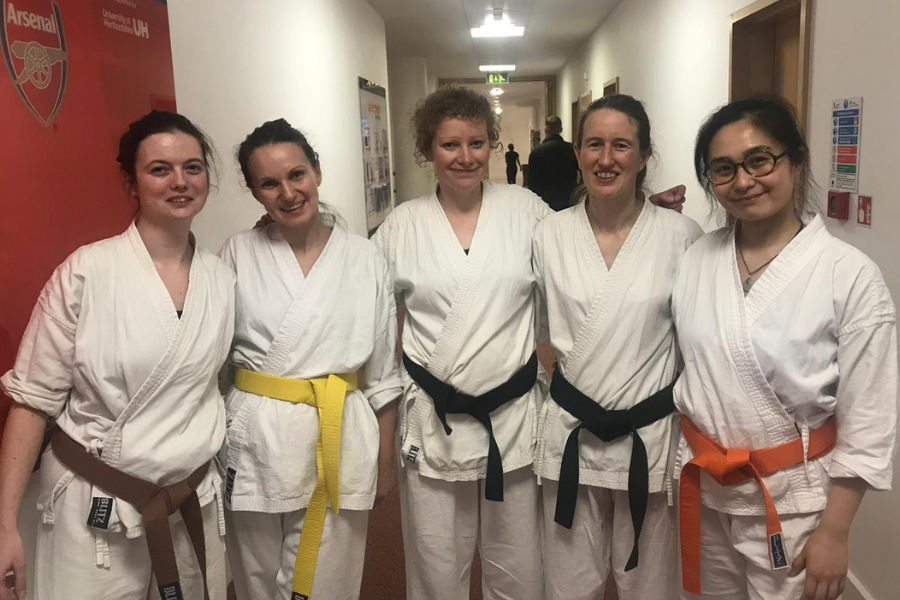 What is your role at the Zimbabwe LSHTM Research Partnership, and who and what does it involve?

I’m a statistical epidemiologist and work as a group statistician as part of the research partnership. In practice, that means a lot of things; I give statistical advice, help with data management, and advise PhD students and postdocs on how to set up their data and design their studies. I also do a lot of sample size calculations and help to write protocols.

A rewarding part of my work is supervising PhD students. I have three students in Zimbabwe, and two of them - Chido Dziva Chikwari and Rudo Chingono -  are both finishing this coming year.

Can you tell us about the B-Gap project you are currently working on?

B-Gap was an implementation science project led by Chido, to see if oral mucosal transudate self-testing kits (OMT) could be used to detect HIV in children. OMT testing kits allows people to collect oral fluid from their gums with a collection kit in privacy.  There’s a lot of interest developing in these kits, but we weren’t sure if it would work in children, hence the study.

We were doing index testing, so we asked every person with HIV in treatment if they have any children at their house. If they had not been tested for HIV before or recently, they had the three options.

We examined which of these options people were more willing to accept. And we were surprised by the findings. Only 39 out of almost 4,000 children tested were HIV positive - we thought it would be higher.

Interestingly, we found a lot of children of HIV-positive parents had never had a HIV test. Upon digging deeper, the cost of transport and facility access seemed to be the barriers. So we did community-based HIV testing and got great results. Acceptability was very good and parents/caregivers could use OMT self-tests on their children.

What are the future steps for the B-Gap project now that it is completed?

Our research assistants gathered the information on the clients with HIV, and they have been the ones going out and testing people in the community. So, now it’s just a matter of handing responsibility over to people at the clinic.

The clinics are quite keen to do it but they can be very short staffed – which is an issue. When we first designed B-Gap, the plan was that all that work would be done by clinic staff. And then we realized that was too much of an imposition to put on them because they did not have the time. HIV clinics are quite overstretched, and they are working on ways to reduce that. 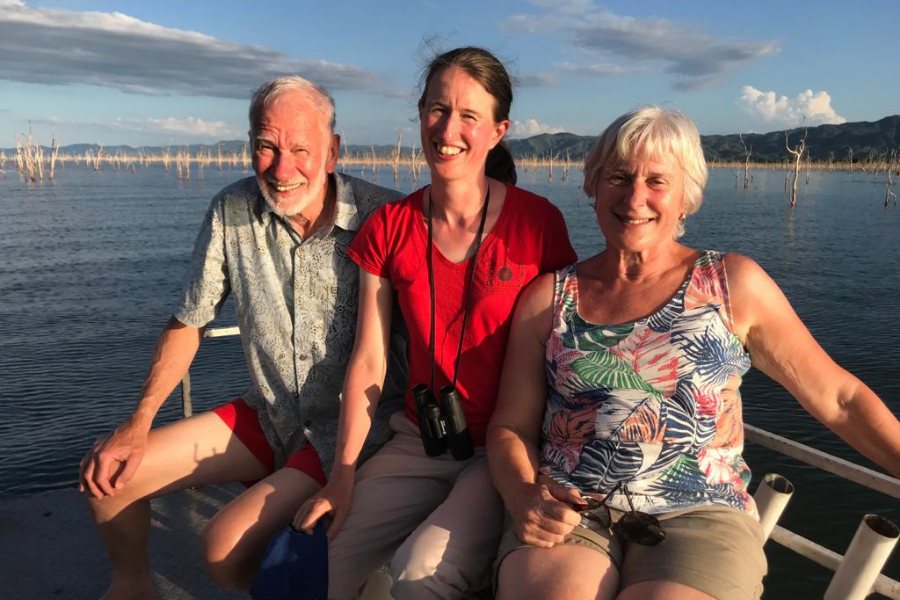 What does World AIDS Day mean to you?

It‘s like a check point. You can look back at the last December and think: What has changed? What do we know that we did not know last year? And what have we achieved?

It is an opportunity to remind everybody that HIV is still here.

When I meet a new person and tell them I work with HIV, there are two possible reactions. One is: "I thought that was gone by now,” but the other common reaction is: “oh, do you think things will ever get better?”  Then, I say that things are getting better and they have been getting better for a long time. Every year, the numbers go down and we have better drugs. World AIDS day is an opportunity to remind the general public that HIV Is not an unsolvable problem and it is just a matter of keeping the work going.

What is your most memorable World AIDS Day memory from the past?

For researchers, it’s common to wonder if you are making any difference since you write and publish papers and it often takes so long to publish them. So when you get to go to meeting with policy-makers who can listen to you and make it happen, it’s a great opportunity. But also a lot of responsibility because you must communicate the findings properly. 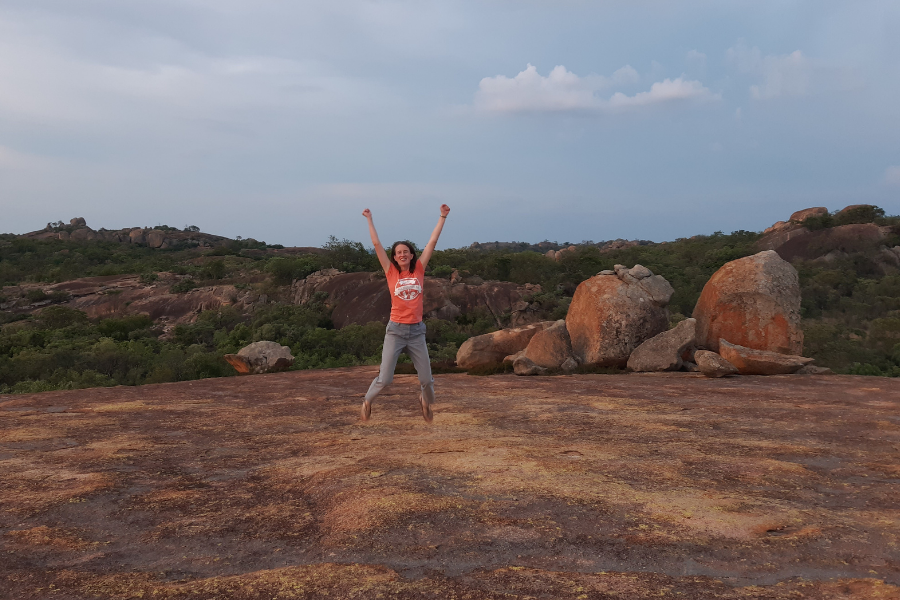 Any additional words you would like to say in honour of World AIDS Day?

I would like to highlight the importance of partnership, which has been very clear in all my work. Partnership with the ministries of health and with other organizations on the ground. In the B-Gap project, we worked with Zimbabwean NGOs. One of them was the Million Memory Project Zimbabwe (MMPZ), who were fantastic. We would not have achieved so much without them. You need to work in partnership if you want to get anything useful done.

Lastly, what advice would you give to students at LSHTM who are interested in HIV/AIDS?

Do the HIV module in term 3, which is a great module. HIV is about people, and you need to learn as much as possible about how people behave, how people can be persuaded, influenced or helped to change. Also, learn about politics and structural barriers, most importantly to see the big picture. HIV is a political problem. Of course, its virology is also very important, but I have worked only on the social aspect of HIV.