The Whitehall Study archive collection is a rich and extensive source for investigating the health and wellbeing of male civil servants in the 1960s onwards and the history of prevention of cardiovascular and respiratory diseases. 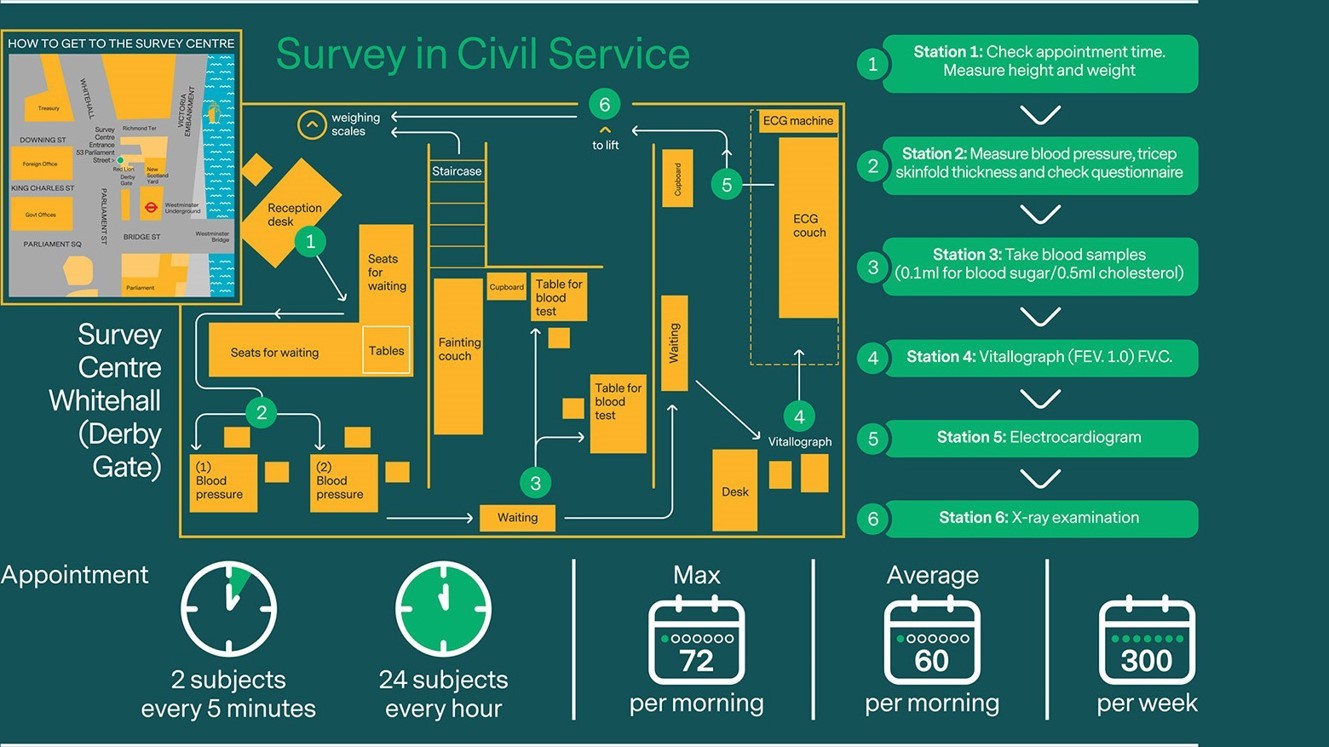 The Whitehall Study, carried out by the Department of Medical Statistics & Epidemiology at the School was a longitudinal health survey of the Civil Service, 1967-1970. The study screened over 18,000 men, aged 45-60, based in the London area primarily for cardiovascular and respiratory conditions. High-risk individuals were then selected for a series of controlled trials on smoking cessation, weight loss and reducing blood sugar. The survey cohort was also monitored with all forms of mortality recorded. By 1982, investigators were able to show that the lower the status of the job held, the worse the health status. The findings led to the establishment of the second Whitehall Study in 1985, to further investigate the social inequalities of health, and continues to the present day.

The Whitehall Study collection contains around 180 boxes (60 linear metres) of material, 1939-2008, with the majority relating to the data collection, monitoring and analysis of the survey. Papers include: questionnaires, ECG readings and other clinical data; survey literature and administrative papers; sickness absence records; death certificates; tabulated results and graphs; papers relating to controlled studies, including smoking cessation trial, 1968-1980; research papers and publications and related survey material produced by the Department of Medical Statistics & Epidemiology on chronic bronchitis and air pollution, 1952-1958, and health surveys of the General Post Office, 1964-1993.

This project received funding from the Wellcome Trust's Research Resources in Medical History to catalogue and preserve the Whitehall Study collection. The project commenced in January 2017 and ended in September 2017.