"The medicine for cows, it is good to heal humans" – student article on antibiotic crossover-use in Uganda

3 June 2020 London School of Hygiene & Tropical Medicine London School of Hygiene & Tropical Medicine https://lshtm.ac.uk/themes/custom/lshtm/images/lshtm-logo-black.png
In 2019, Joanna Kuper completed an MSc in Public Health for Development at LSHTM. Her summer research project focused on human/animal ‘crossover-use’ of antibiotics in Uganda. In this article, Joanna recounts some of her experience and research findings. 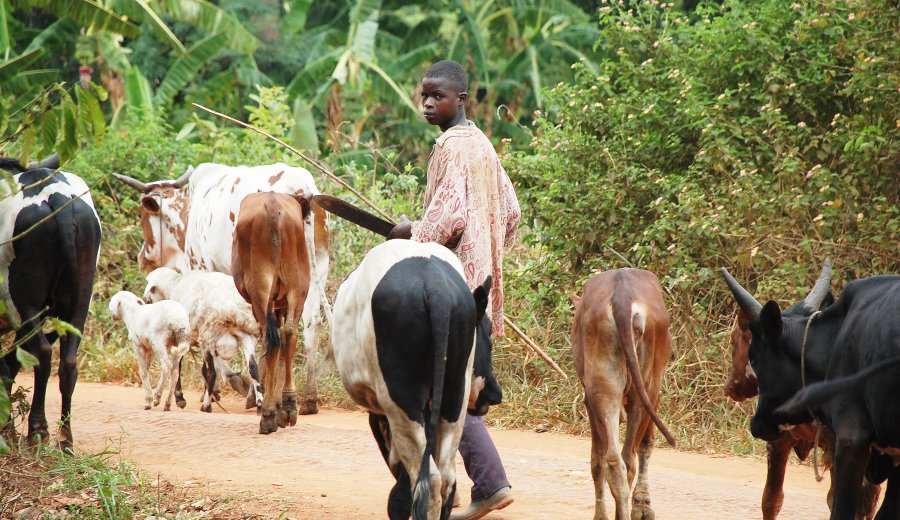 Antimicrobial resistance (AMR) has been described as the ‘quintessential’ One Health issue. Yet, there are significant gaps in our knowledge, in particular in many low- and middle-income countries (LMICs). In 2019, aided by generous funding from CGIAR, I went to Luwero district, Uganda to carry out a qualitative study into ‘crossover-use'. By this I mean people treating animals using human medicines or treating themselves using veterinary medicines, with a focus on antibiotics.

I was following in the footsteps of previous MSc students who visited Luwero district in 2018, where they heard accounts of farmers giving human medicines to chickens and pigs, and of people using veterinary drugs to treat themselves for wounds or sexually transmitted infections (STIs). Alongside two research assistants, I focused on the experience of the boda-boda riders (motorcycle taxis), one of the groups, together with soldiers and cattle-keepers, reportedly using animal drugs, complemented by interviews with ex-servicemen and key informants, such as veterinary drug shop  vendors.

Although my research focused on animal-human crossover, we also heard many examples of animals being given human medicines, for example that the antibiotics amoxicillin, chloramphenicol, ciprofloxacin and tetracycline and paracetamol are used to treat fever, lethargy, coughs and diarrhoea, particularly in poultry. Meanwhile, HIV antiretroviral (ARV) treatment is used to fatten pigs and the painkiller Indocin (indomethacin) to kill rats.

Uganda and the boda-boda riders

In Uganda, more than three quarters of the population lives in rural areas; there are nearly as many chickens (40 million) as people (40.6 million). A third of households are estimated to keep cattle. In Luwero district an estimated 81% of households are engaged in crop cultivation or livestock farming.

As in many LMIC settings, there are blurred lines between Uganda’s formal and informal health sector, with constant movement of healthcare staff, medicines and equipment across different parts of the health system.

Self-prescribing and medicating is widespread, with over-the-counter sales of prescription-only antibiotics in shops and pharmacies, despite regulations prohibiting this. In the veterinary sector, it is legal and common practice for antibiotics to be sold over the counter.

Boda-boda riders are emblematic of Uganda’s informal economy. Usually men, they are considered a ‘high-risk’ group vulnerable to road accidents (and usually blamed for them), with motorbike and bicycle riders accounting for 28% of road deaths in 2018. They are also considered to be at a higher risk of STIs than the general population.

In Luwero district, riders reported earning approximately (US $2.70– $ 5.40) a day, but many took home only a fraction of this, in particular those who did not own their own bikes – renting a bike costs $2.50 a day, on top of fuel and other costs.

Penstrep – for wounds and STIs

We heard accounts of people using goat de-worming tablets, aerosol-form oxytetracycline, and ‘cow’ iodine (although iodine is technically the same for humans and animals, it was commonly considered a veterinary drug). By far the most common, however, was Penstrep, a penicillin-streptomycin combination. Penstrep or combitic (combination antibiotic), as it is known locally, is an injectable liquid used in farm animals, particularly cattle.

In Luwero district, Penstrep costs around US $4.00 for a bottle. Although this is more expensive than over-the-counter purchases of most human antibiotics, some boda-boda riders reported getting it for free from cattle-keeping friends or purchasing small bottles or filled syringes, under-the-counter, for around $0.25.

The boda-boda riders explained how they used Penstrep to treat wounds, often following accidents. In this case they would apply it topically. "The front tyres of my motorcycle burst, I fell on my knees on the stone [concrete], it was that combitic that helped me a lot."

"If you drop it [Penstrep] on the wound, within 2 or 3 days it would have dried already.’ ‘When I dropped it on my wound like this ‘haaaaa’ I first screamed for sure, that medicine can pain!’"

As well as being used for wounds, some participants shared experience of using it as an injectable to treat gonorrhoea. It was sometimes considered a historical practice: "I heard it, that those days they treated it with people having gonorrhoea... [back] when they used to boil these injection needles. Our elders used to tell us that it, this cows medicine, treats people with gonorrhoea."

In addition, we heard numerous contemporary accounts:" I had a sickness, I don’t urinate well, [when I realised it was gonorrhoea] I went to the vet musawo [doctor] immediately... he injected me, he passed it [Penstrep] through the veins on my hand... In 20-25 minutes, I was urinating and loving myself.’"

The boda-boda riders often reported using Penstrep as a response to a failure of human medicines.

"When I got the accident, I was stitched and they used human drugs, but it refused to get healed...the cows medicines work well [but] the ones for humans has reduced on its strength."

"When I was got sick of gonorrhoea I moved very much in hospitals [and didn’t get cured] and I was told but if you use that combitic, there is a way it can help you."

The effectiveness of Penstrep – including its efficacy and the speed with which it reportedly works – made it particularly appealing. This was often linked to the need to be able to work, to be productive.

"If am to heal slowly who will buy for my people food?’"

Penstrep was also considered as an effective means to save users the time and money they might lose seeking help in the formal health sector.

"The truth is the clinic will take long and yet combitic is going to heal that wound, you will hurry up and buy that combitic."

Much more to explore

Although my research focused on the experience of boda-boda riders, all reports indicated that the practice originated, and is most common, among cattle-keeping communities, (and was also popularly used by soldiers in the ‘bush war’). In some areas, we were told that for the treatment of wounds at least, Penstrep is commonly used by "everyone, young and old. The men are more than the women... but women they use."

In Uganda a large body of research, going back decades, explores how self-medicating is often a consequence of a poorly functioning formal public health system, weak regulation and easy access to pharmaceuticals. My research suggests that many of the same dynamics that underpin self-medicating, apply to human use of veterinary drugs.

Crossover-use should be seen as an additional layer in the multi-faceted complex of the Ugandan health system. The fact that the practice is so little explored reflects decades of siloed approaches to human, animal and environmental health.

My short-term project barely scratches the surface. There are numerous areas ripe for exploration, including a need for in-depth ethnographic study of veterinary drug shops and cattle-keeping communities, and efforts to understand more about the other side of crossover-use, in which people give human medicines, including antibiotics, to animals.

There is much more to be done.