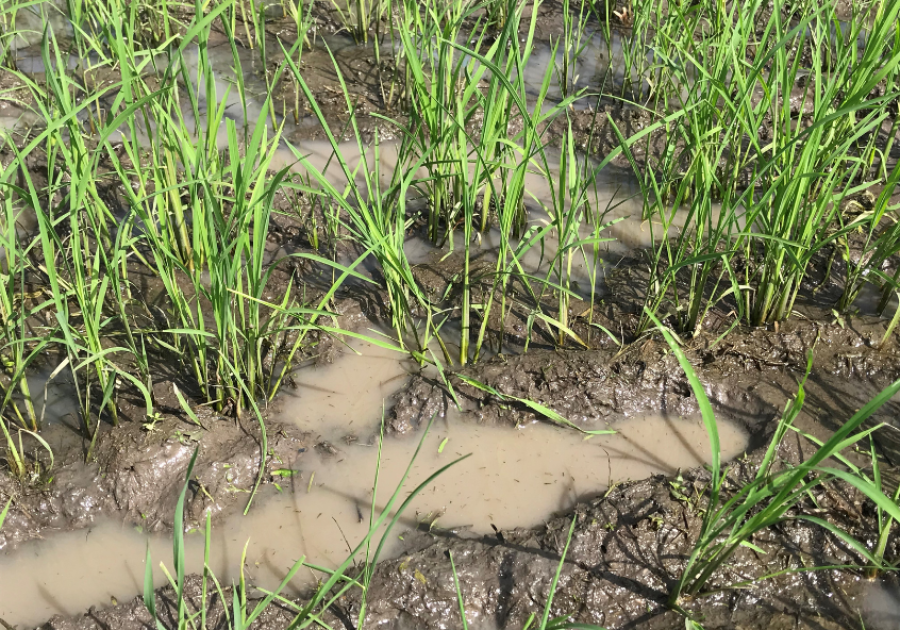 The relationship between rice and malaria in Africa has changed, with malaria prevalence now higher in villages close to irrigated rice fields, according to new research published in The Lancet Planetary Health.

A team of scientists from the London School of Hygiene & Tropical Medicine (LSHTM), the Africa Rice Center and International Institute of Tropical Agriculture (IITA) conducted a meta-analysis of previous studies into how irrigated rice paddies affect malaria.

The study also confirmed previous findings that before 2003, the malaria prevalence in irrigated rice villages was similar to, or even slightly lower than, that in non-rice villages.

It’s thought that at this time, rice farming brought economic prosperity to local villages, which in turn brought a variety of benefits, including better housing, more access to mosquito nets and better healthcare. These benefits provided protection against malaria, and compensated for the fact that irrigated rice villages had much higher numbers of mosquitoes than non-rice villages.

However, in the last two decades, schemes such as Roll Back Malaria have led to more universal and more equitable malaria protection across Africa, meaning rice-growing villages no longer have this advantage.

Kallista Chan, lead author of the study and research assistant and PhD candidate at LSHTM, said: “Africa has changed dramatically over the last two decades. It seems that the economic benefits of growing rice no longer mask its effect on malaria transmission, presumably because there is now higher and more equitable coverage of modern preventive interventions. This means we need to re-assess the potential health risks of farming irrigated rice.

“This has important ramifications for development in Africa, where many governments are simultaneously planning to expand and intensify rice production and striving to eliminate malaria.”

Previous analyses, conducted in the 1990s and early 2000s, unexpectedly showed that despite flooded rice paddies providing the ideal conditions for mosquitoes to breed, the prevalence of malaria in irrigated-rice communities was no greater than in other communities. This anomaly became known as the ‘paddies paradox’.

In this re-evaluation of the evidence, the researchers analysed 53 previous observational studies conducted between 1971 and 2016, comparing rice- and non-rice-growing rural areas in sub-Saharan Africa. They extracted both epidemiological data, including malaria infections and clinical malaria diagnoses, and entomological information, such as the human biting rate and proportion of mosquitoes carrying malaria.

The team say that the recent disappearance of the ‘paddies paradox’ seems to have been caused by trends that are set to continue. As malaria continues to decline in the region, and Africa countries make progress towards elimination, it seems likely that irrigated rice will become more conspicuously associated with remnant hotspots of malaria transmission.

Professor Jo Lines, senior author of the paper and leader of the Agriculture and Infection Disease Group at LSHTM, said: “For 20 years, the story of the ‘paddies paradox’ has helped to reassure rice experts in Africa that they are contributing to development and not making the malaria problem worse.  It seems we can longer rely on that assumption.

“Investments in the development of irrigated rice in Africa must continue, but if we want this development to be sustainable, then we also need to invest in research to find methods to grow rice in Africa without growing mosquitoes.”

Further detailed research is needed to build on cases where this has been done successfully and make it a reality throughout the diverse rice-growing eco-systems in Africa, according to Professor Lines.

He said: “We are making a start in Cote d’Ivoire in our collaboration with AfricaRice, and in coastal Tanzania with the International Rice Research Institute (IRRI). Only through the development of such methods can irrigated rice development stop being part of the malaria problem, and start being part of the solution.”

Elliott Dossou-Yovo, Agriculture and Climate Change Specialist at the Africa Rice Center, said: “The findings reported in this paper will come as a surprise to many rice agronomists.    Now, we need to design rice-growing strategies that can reduce mosquito vectors while maintaining rice yield.  This will require close collaboration between the rice and health sectors.”

The researchers acknowledge the study’s limitations, especially its reliance  on observational data, and its inability to take account of seasonality and the type of rice being cultivated.

The study was supported by funding from the Wellcome Trust and the CGIAR Research Program on Agriculture for Nutrition and Health (A4NH).