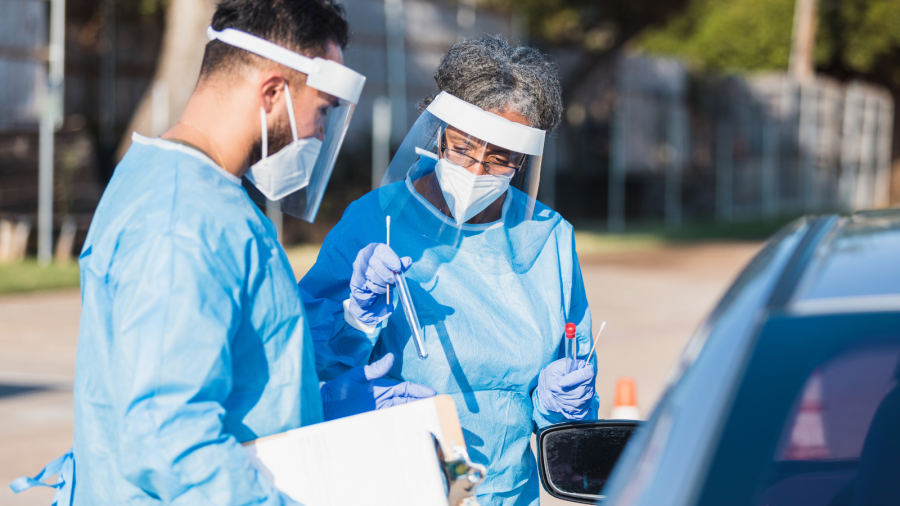 In October 2020, Slovakia tested its whole population for SARS-CoV-2 infections, conducting more than five million rapid antigen tests. A pilot trial took place between 23 and 25 October in the country’s four most affected counties, followed by a round of national mass testing on 31 October and 1 November. High prevalence counties were again targeted with a subsequent round on 7 and 8 November.

The analysis, which has not yet been peer-reviewed, was conducted in collaboration with the Slovak Ministry of Health. Using data on the proportions of those attending the mass testing that tested positive, the team estimated the combined impact of this mass testing with contact restrictions on SARS-CoV-2 infection prevalence.

Within one week the proportion of infectious people among all tested declined by 61% (50-70%). Within two weeks and two rounds of testing in the pilot areas, the decline was 82% (81-83%).

In comparison, the recent REACT-1 study (Imperial College) results show that SARS-CoV-2 infections detectable by PCR testing fell by 30% in the UK 2-3 weeks into the lockdown compared to infection prevalence before.

Martin Pavelka from LSHTM and MoH Slovakia, said: “Population-wide COVID-19 interventions such as lockdown result in a huge social and economic toll. This is because they target everyone, not just those who are actually infected and spreading the disease. Low-cost rapid tests that can be produced at large scale may offer the opportunity to conduct mass testing campaigns which identify most infectious individuals.

Stefan Flasche, from LSHTM’s Centre for the Mathematical Modelling of Infectious Diseases (CMMID), said: “Slovakia’s strategy identified more than 50,000 infections, many of which would otherwise have been missed. Importantly, we found that the biggest impact of mass testing is achieved by quarantining the household contacts of those who test positive.”

The researchers say the reductions were observed against a rise of reported cases and therefore may be a conservative estimate. Although they can’t say for sure, their work suggests that mass testing was the main driver of the reduction, not the restrictions in contacts.

Sebastian Funk from CMMID said: “The COVID-19 pandemic has changed our way of living. Mass testing of a country’s population will be expensive and logistically very challenging. However, our work shows that this strategy, especially when targeted at areas with high levels of infection, could allow countries more flexibility with their restrictions to the huge benefit of their citizens.

The team acknowledges the limitations of their work, in particular that it is not possible to fully remove the effect of the lockdown and that the intervention should be looked at as a whole package. However, recent research has shown that antigen tests can be very good at identifying individuals infected with SARS-CoV-2 in their infectious stage and mathematical models demonstrate that frequent testing of population is a viable way to fight COVID-19.