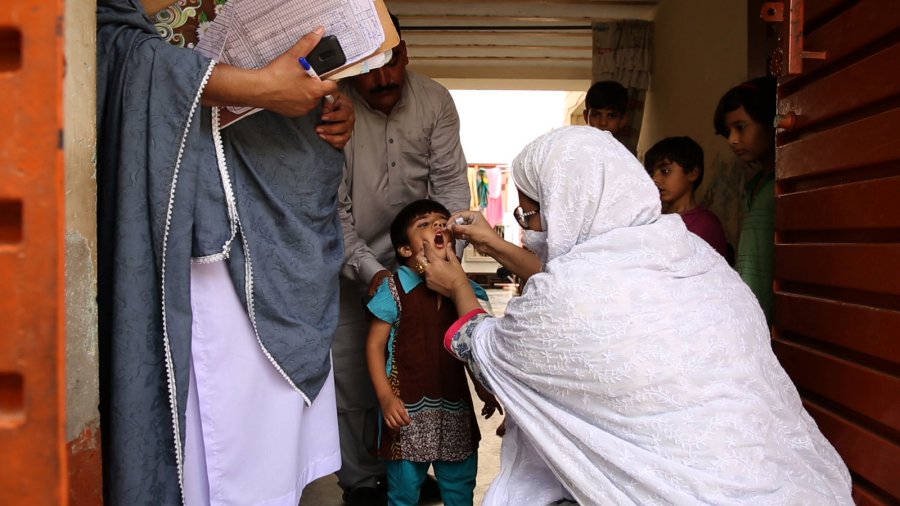 Polio was once a disease feared worldwide, striking suddenly and paralysing children for life. Global eradication initiatives have reduced polio by 99%, with the vaccine against polio considered one of the great health success stories of the 20th century.

However, polio still remains among some of the world's poorest and most marginalised communities, and the ambition to eradicate polio has not yet been realised. Afghanistan, Nigeria and Pakistan have never stopped transmission of polio, and it can spread from these endemic countries to infect children in other countries with less than adequate vaccination.

Many challenges face the global eradication programme. To mark World Polio Day (24 October) we asked some of LSHTM’s leading experts at the Vaccine Centre about what lies ahead to achieve a polio-free world.

Why is 2019 an important year for polio eradication?

“We are at a key junction in the campaign to rid the world of polio. Wild poliovirus is currently restricted to a few final refuges, and reaching every child in these areas with additional vaccine doses should help to halt the virus. But we are also in the midst of the phased withdrawal of the oral poliovirus vaccine, and doing this safely and successfully is a tightrope act. One of the big challenges this year has been responding to outbreaks of vaccine-derived polioviruses in the aftermath of this phased withdrawal.”

What is something important you think people should know about polio eradication?

“It’s an incredibly busy time to be working on polio. The transition from halting transmission to certifying eradication has brought up many challenges that require expertise from many disciplines. Did you know that examining sewage, even in London, is essential to monitor for silent transmission of the virus?”

Dr Kathleen O'Reilly, Assistant Professor and epidemiologist at LSHTM. Dr O’Reilly specialises in the use of statistical and mathematical models to assist in developing control strategies for infectious diseases.

What can polio teach us about tackling other diseases?

“Don’t politicise vaccinations and vaccination campaigns – this has caused the deaths of innocent health care workers trying to deliver a potentially life-saving intervention.”

Beate Kampmann, Professor of Paediatric Infection and Immunity, Director of the Vaccine Centre, and Scientific Director (Theme Leader) for vaccinology research at the MRC Unit The Gambia at LSHTM.

“There are undoubtedly many lessons to be learned – among them is the crucial importance of maintaining public support for vaccination programmes. This has emerged as being of immense importance for all public health, and the polio eradication programme in particular, as people and political groups in several countries have refused and even actively discouraged vaccination.”

Paul Fine, Professor of Communicable Disease Epidemiology at LSHTM. Since 1997, Prof Fine has worked on a wide variety of vaccine issues, including the evaluation of non-specific effects of vaccines, methods for field evaluation of veterinary vaccines, the implications of the transmissibility of oral polio vaccine viruses for the polio eradication initiative, and methods for optimising vaccination schedule.

Read the full article on the Vaccine Centre news page.