In October this year all three faculties of the London School of Hygiene & Tropical Medicine participated in Science Museum Lates, an after-hours opportunity for adults interested in science to engage with leading researchers on a given theme. Public Engagement Coordinator for the School, Erin Lafferty tells us all about it. 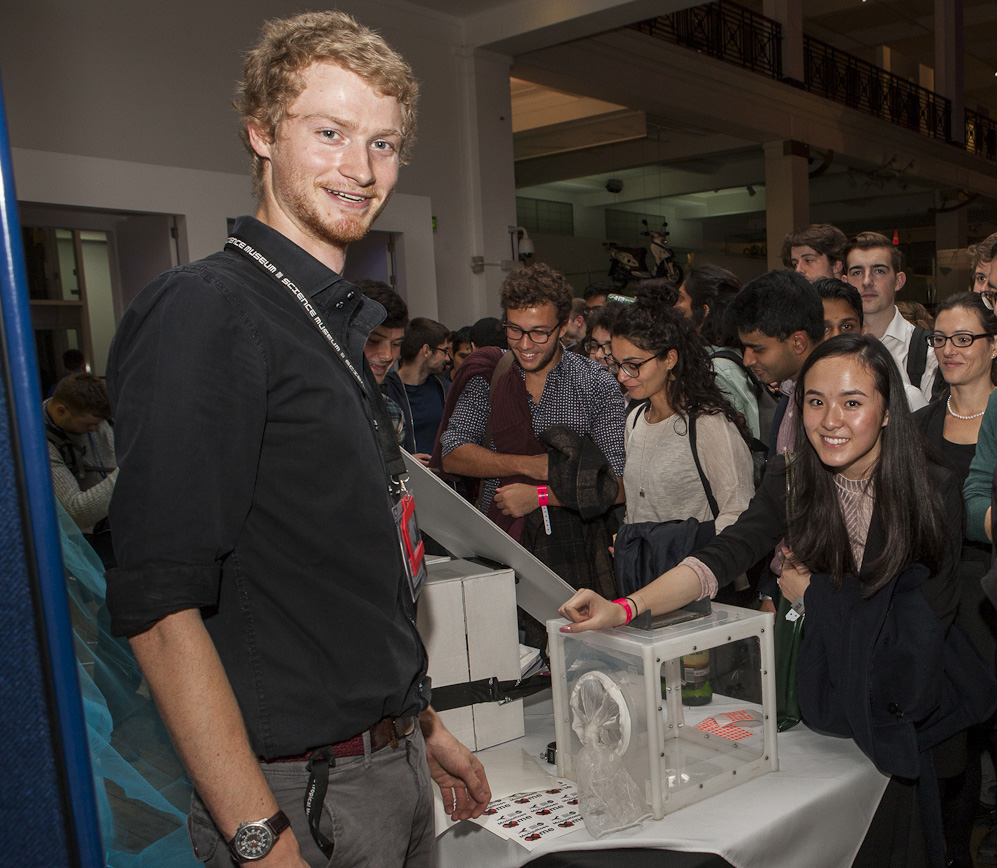 What theme could draw together the diverse backgrounds and research approaches of London School staff and students from all three faculties? On the last Wednesday in October that theme was ‘Contagion’ and the setting was Science Museum Lates. During the evening, the Museum was divided into six ‘infection zones’: Ebola, Zika, Tuberculosis (TB), HIV, Polio and Malaria.

In the TB zone Helen Fletcher, an Associate Professor in the Faculty of Infectious & Tropical Diseases (ITD) and the Director of the TB Centre, discussed her research investigating the immune response to TB and highlighted how this response, in addition to the way we live, can affect our risk of infection. In the HIV zone Ford Hickson, an Assistant Professor in the Faculty of Public Health & Policy, shared his experiences on the frontlines of research on HIV in the UK and how the virus has impacted sexual policy, services and practice since the 1980s. When it comes to engaging the public Ford commented: “Most people can engage with even complex ideas if they are shared without jargon and people are given time to build up a picture. Any social science endeavour is enriched by input and feedback from lay people, those people the work is usually about.” 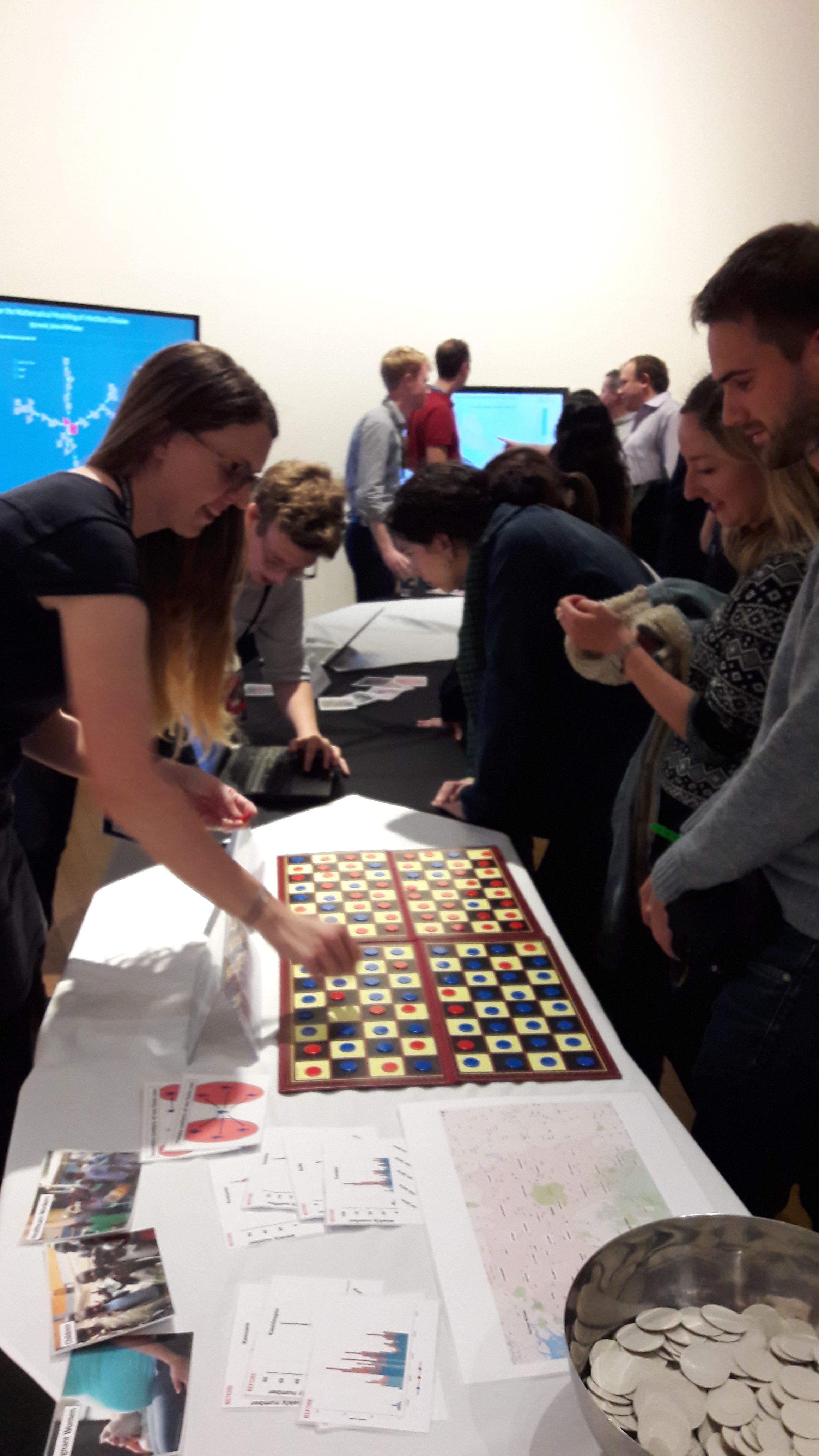 School researchers from arctec were positioned in the Zika zone, talking about one of the newest viruses to grace the headlines. Attendee’s knowledge of how to protect themselves from mosquito bites was tested as they separated repellent fact from fiction out of a pile of potential protection supplies. This included chemical repellents containing DEET – which provide good protection against mosquito bites – as well as garlic, marmite and vitamins, which are often thought to be effective, but in fact won’t stop you from getting bitten.

The non-human members of the Zika display team included live mosquito larvae and the Zika-spreading adult female Aedes mosquitoes. The larvae highlighted the aquatic stage of a mosquito’s life, an aspect of its development that surprised some visitors, while the adult females allowed visitors to discover how attractive they were to the Aedes mosquito without actually being bitten! Over 4000 people came through the Museum over the course of the evening, which lead James Logan, Associate Professor in ITD and Director of arctec, to comment “I’ve never seen so many people queuing to meet the mozzies!”

Members of the Centre for the Mathematical Modelling of Infectious Diseases (CMMID) and the NIHR Health Protection Research Unit in Immunisation staged an activity in the Ebola zone where they spread and live-tracked a ‘sticker infection’ through the Museum over the course of the evening. At some points in the evening there were as many as 20 new cases of infection reported in just five minutes! This interactive game illustrated not only how an infection can spread through a population but also served as a backdrop to discuss how mathematical modelling is used to track and predict infection spread during a real epidemic, such as the recent Ebola epidemic in West Africa.

Participants also experienced first-hand how genetic sequences can help us to understand how a pathogen like Ebola has evolved by building their own phylogenetic trees. They were additionally asked to consider how they might prioritise limited healthcare resources at the beginning of an Ebola outbreak. Out of the broad choices of treatment, vaccination and contact tracing & isolation, the general visitor consensus at the end of the night was that ‘contact tracing & isolation’ was the highest priority followed by ‘vaccination’. 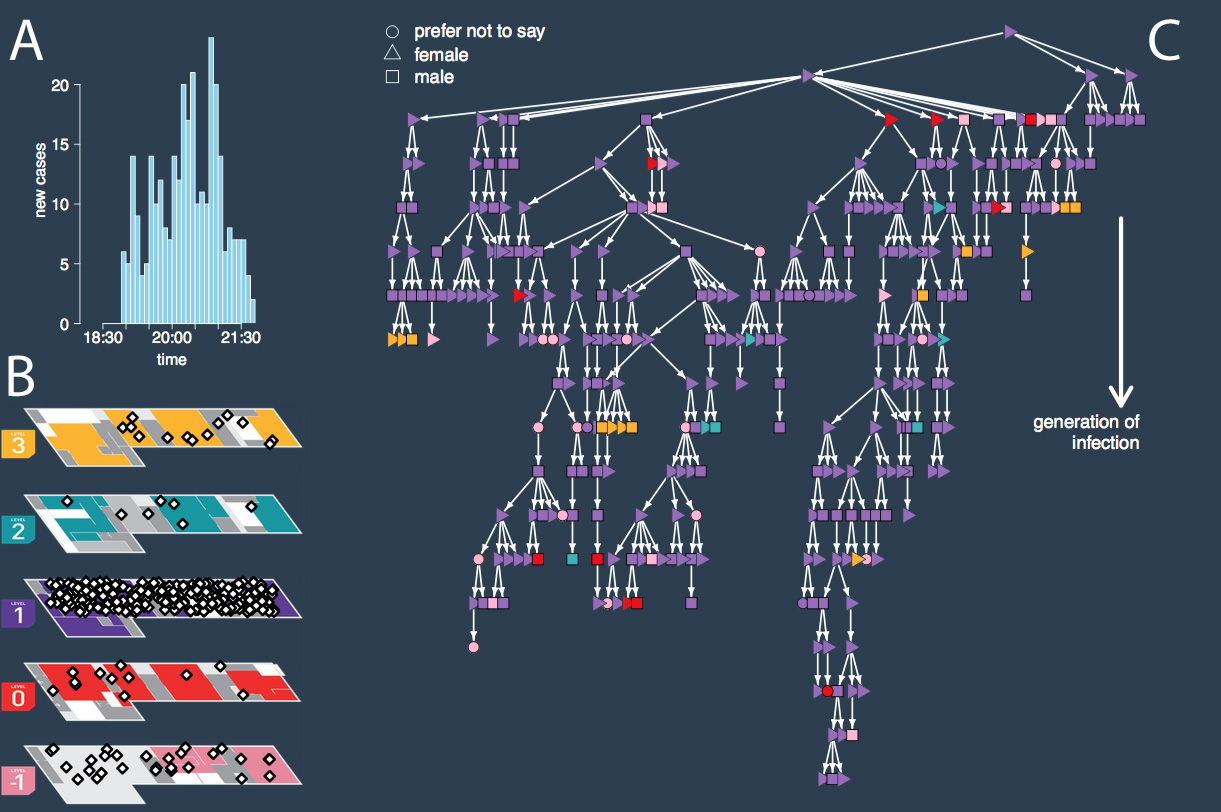 With engaging activities related to the School’s research as well as the opportunity to have 1:1 conversation with researchers, the School’s events were popular with Lates visitors. One visitor to the Ebola booth commented: “I used to hate maths in school but it turns out it’s really useful!”, highlighting how effective public engagement has the potential to change attitudes. Rosalind Eggo, Research Fellow in the Faculty of Epidemiology & Population Health said: “As a researcher, it is both rewarding to broaden people’s understanding of public health research and valuable to get an outside perspective of how people from different backgrounds think about things”.

Image 2 – Katherine Atkins from CMMID and the NIHR HPRU in Immunisation demonstrates the concept of herd immunity through an interactive game.

Image 3  – Tracking the ‘sticker infection’ that spread around the Museum. (A) the number of new cases reporting to the ‘treatment centre’ throughout the evening. (B) The location of each reported case of infection. Level 1 of the Museum was a hot spot of infection and where the treatment centre was located. (C) The infection contact network demonstrating who passed the infection to whom. Each shape represents a person (differentiated by gender) and the colour corresponds to where in the Museum the infection occurred. Each row corresponds to an infection generation. (Image courtesy of Adam Kucharski)