"Gender-based violence is a multisectoral issue" - an interview with former student, Naomi Miall 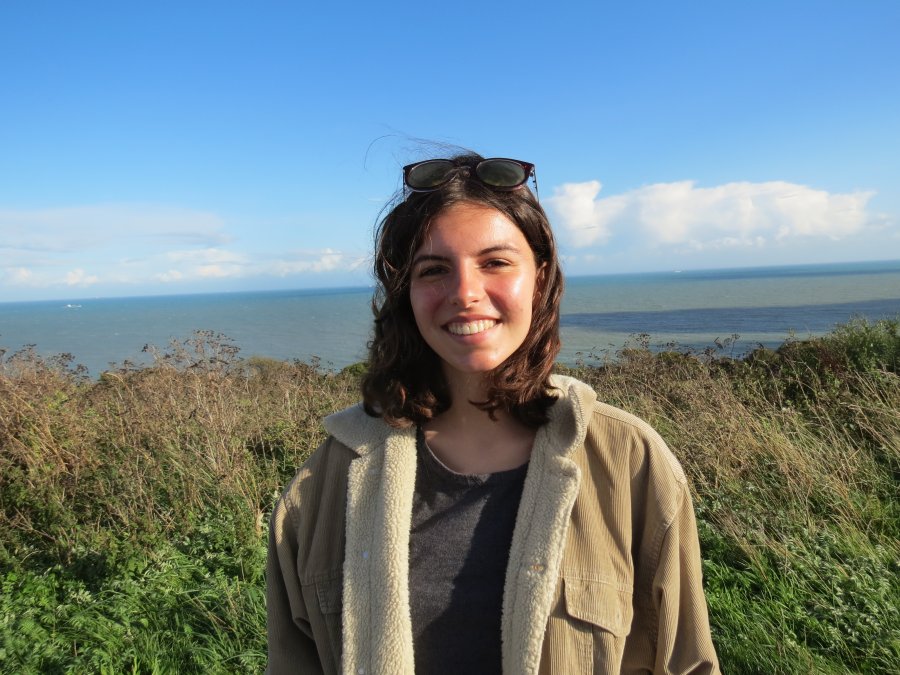 "I found that there was a 42% increase in the odds of experiencing intimate partner violence when working from home."

You completed an MSc in Epidemiology last year (2020), what did your thesis explore?

I was looking at intimate partner violence (IPV). It started of being really broad, looking at the correlates of IPV during the COVID-19 pandemic but then across the course of the thesis it become more focused, and I ended up looking at how employment disruption due to COVID-19 had affected IPV among women. It was quite a striking result. I found that there was a strong association between working from home and experiencing IPV, a 42% increase in the odds of experiencing violence.

Interestingly, in the research I did, there wasn’t evidence of an association with losing employment and increased IPV which I wasn’t expecting, I thought that would be more of an association. So, I did a bit of thinking about the reasons why that might be. There’s quite a lot of evidence, particularly in some cultures, that if a woman earns more than her male partner it puts her at higher risk of violence because it’s breaking gender expectations. There’s also some thinking that perhaps for women who have lost their jobs, their male partners feel they have a greater role as a provider and might feel more affirmed in their masculinity and therefore have less need to resort to violence. This was just one study so there are of course limitations.

Was your research focused on the UK or other countries?

I was using data from I-SHARE, the International Sexual Health and Reproductive Health Survey, which was run in 30 countries across the world, none of which were the UK. I was able to look at differences in prevalence of IPV by country income. Most of the countries were high income countries but there were a few middle-income countries which did experience increased prevalence in IPV. This fits with what you’d expect to see before COVID-19.

Has the UK also seen an increased prevalence of IPV since the pandemic began?

Yes, there’s loads of evidence from Refuge and domestic abuse helplines in the UK that domestic violence has increased during COVID-19 but there’s not much evidence yet for what mechanisms cause that. That was a focus of this project, looking at whether one of the mechanisms was employment changes. But there are lots of other things that could also cause an increase in IPV that are not related to employment, like not being able to see your friends and family.

When you started the course, did you have this in mind as something you’d like to research?

No, absolutely not! I went into the course single minded, only interested in sexually transmitted infections (STIs). In late 2019, I was just finishing my undergraduate degree and was applying for the Reproductive and Sexual Health Research course at LSHTM and was very STI focused. I had done some research on Human papillomavirus (HPV) and chlamydia and was sure that was what I wanted to do.

Then COVID-19 came along whilst I was writing my application and I thought I might want to research respiratory diseases too. I decided to study Epidemiology to be broader. Once I started studying, I became interested in IPV. My supervisors were Suzanna Francis, an STI researcher, and Joe Tucker who’s involved with I-SHARE. I-SHARE asks questions about IPV but also about general relationships, sexual behaviour, and sexual and reproductive health. When I first contacted Joe, the plan was to look at sexual and reproductive health but through discussions I ended up looking at IPV. Joe was doing some work in that too and it ended up fitting the structure of my project well. It’s been really interesting. It’s definitely shifted my career as I’m now not working in STIs which is definitely where I thought I would be!

That’s a great segue into asking what you’re doing now, you’re based at Glasgow University right?

Yes, I’m a Research Assistant in the Social and Public Health Sciences Unit. The unit does a lot of work evaluating the health impacts of welfare policies, such as Universal Credit, and alcohol and smoking policies. The project I’m working on is looking at how COVID-19 has impacted inequalities in child mental health, using household panel data that has been collected since 2011, some of which was collected during the pandemic. We look at inequalities in child mental health before and after COVID-19 and see how that’s changed. It feels intuitive that inequalities will have become worse, but it will be interesting to see whether COVID-19 has bought everyone’s mental wellbeing down and lessened inequalities that way, or whether it has increased them.

That sounds so interesting! So, are you enjoying Glasgow?

Well, I haven’t actually been! I’m working fully remotely. When I was studying at LSHTM I was living in Edinburgh and studying in London and as soon as I started working in Scotland I moved to London! I’m quite keen to do a PhD so my aim for the next year or two is to decide what I’d like to do a PhD in and where I’d like to do it, and I think this job is really useful for that. It’s giving me lots of different research experiences.

Whilst you were at LSHTM, what other projects were you involved in?

I worked on a few other projects with I-SHARE which are still finishing off. I-SHARE doesn’t have any specific funding, so they rely on students and volunteers to do some of the data cleaning and analysis, they’re really great at connecting young researchers globally. One of the projects I’m working on is how these international research groups can help with career development and how equitable that is.

I was also a student rep for the STI Research Interest Group at LSHTM. We set up a journal club which was really nice, particularly as everything was online whilst I was studying. It was a great way to meet other students by coming together once a month to talk about STI research. I really valued the opportunity to talk to STI researchers at the School too.

What does 16 Days of Activism Against GBV mean to you? Is there anything you would you like to say about the campaign?

I went to see a play recently called 'The Suppliant Woman', it’s an ancient Greek play about 50 women who are fleeing to Greece to escape forced marriage and rape and are pleading for asylum. It’s so frustrating how nothing has changed in 2,500 years and we’re still seeing 2 women killed by an intimate partner every week in the UK. It’s been going on for so long and it’s terrifying.

Research shows that COVID-19 has made things worse but that’s just the tip of the iceberg. We have the climate crisis which is going to increase conflict and migration which we know increase women’s risk of violence. Before starting at LSHTM I’d never thought of the 16 Days campaign from a health perspective so it’s great that we show it’s a multisectoral issue and needs everyone’s involvement rather than it being solely a political or social campaign.

Do you have any advice for new students?

The staff at LSHTM are so generous with their time and so keen to help so use them! They are happy to answer questions and read your drafts so contact them if you’re interested in their work or if they gave you an inspiring lecture. They are so helpful!