The Environment and Health Modelling Lab

Our mission is to develop innovative epidemiological methods to study the impact of environmental stressors on human health.

Read more about us
Who we are

We are a research team with complementary expertise in biostatistics, epidemiology, data science and climatology, based at the London School of Hygiene & Tropical Medicine.

The Environment and Health Modelling Lab is a team of researchers based in the Department of Public Health, Environments and Society at the London School of Hygiene & Tropical Medicine. We have multi-disciplinary expertise spanning biostatistics, environmental epidemiology, data science, statistical computing and climatology.

Our research aims to improve understanding of how environmental factors affect human health. Our work has a strong methodological focus and has contributed to the development of new study designs, statistical methods and modelling techniques for epidemiological analyses. We are exploring and pioneering the use of biostatistical tools and modern computing and data technologies to advance research in these fields.

Our research outputs cover a wide range of areas, including epidemiological studies on health risks associated with non-optimal temperature and air pollution, spatio-temporal modelling and environmental exposures, health impact projections under climate change scenarios and the use of new data technologies for environmental health studies.

Tweets by Antonio Gasparrini
Who we are
Team Block

We proposed a unified statistical framework for the DLM/DLNM class, based on the deﬁnition of a cross-basis, a bi-dimensional space of functions that describes the association simultaneously along the space of predictor and lag. Later, we generalised the methodology beyond time series data, allowing applications in various epidemiological fields. Finally, we extended the framework to penalised DLNM implemented through generalized additive models (GAM). The DLM/DLNM methodology is implemented in the R package dlnm.

Standard methods for meta-analysis are limited to pooling associations represented by a single effect size estimated from a set of independent studies. However, this setting can be too restrictive for modern meta-analytical applications.

We first contributed to developing multivariate meta-analytical methods for pooling multiparameter estimates representing complex associations. We then developed a general framework for meta-analysis based on linear mixed-effects models that includes, as special cases, multivariate, network, multilevel, dose-response, and longitudinal meta-analysis and meta-regression. This meta-analytical development has been applied in extended two-stage designs for environmental epidemiology. The methodology has been implemented in the R packages mvmeta and mixmeta.

Modern linkage methods and data technologies provide a way to reconstruct detailed longitudinal profiles of health outcomes and predictors. This rich data setting, however, poses important methodological and computational problems that traditional epidemiological methods are not well suited to address.

We have developed the case time series (CTS) design, a novel methodology that combines the longitudinal structure typical of aggregated time series with the individual-level self-matched methods. The modelling framework is highly adaptable to various outcome and exposure definitions, and it is based on efficient methods that make it suitable for the analysis of highly informative longitudinal data resources.

The main article introduced the CTS design and illustrated applications in case studies using environmental and clinical data. A following tutorial article adapted the CTS methodology for the analysis of small-area data.

The EHM-Lab has developed cutting-edge study designs for the analysis of small-area data. These methods allow the use of finely disaggregated health data linked with high-resolution environmental exposure measurements through GIS techniques. The framework offers the opportunity to study local variations in risk and the role of area-level characteristics in modifying the vulnerability to environmental stressors. We provided a methodological description of the design in a tutorial article, and an application to study small-area temperature-related risks.

The two-stage design has become a standard tool in environmental epidemiology to model multi-location data. We have recently proposed multiple design extensions of the classical two-stage design structure, all implemented within a unified analytical framework based on linear mixed-effects models.

The extended two-stage methodology, described in a recent tutorial article, permits the analysis of associations characterised by combinations of multivariate outcomes, hierarchical geographical structures, repeated measures, and/or longitudinal settings. We have applied it in various epidemiological analyses, including for modelling complex associations with temperature, investigating air pollution effects clustered at multiple geographical levels, assessing differential risks by age and geographical areas, quantifying excess mortality during the COVID-19 outbreak, and estimating the role of air conditioning in attenuating heat-related mortality.

Interrupted time series (ITS) analysis is a valuable study design for evaluating the public health interventions. Its quasi-experimental nature allows quantifying effects of policies or events using a pre-post comparison while controlling for temporal trends.

We first illustrated the application of the ITS method for epidemiological analysis in a tutorial article that discussed design features and assumptions. Specific methodological contributions focused instead on model selection and the use of controls. The EHM-Lab has contributed to several applications of the ITS design, for instance for assessing the association between smoking bans and cardiovascular risk, the effect of the financial crisis on suicides, the impact of media coverage on the use of statins, the relationship between self-defence laws on firearm-related homicides, the effect of taxation on the sales of sugar-sweetened beverages, the impact of healthcare reforms on hospital care, and the excess mortality during the COVID-19 outbreak.

We provide the code for our analysis so our work can be applied elsewhere. Visit the links below:

A new study using data from 93 European cities led by researchers from the Barcelona Institute for Global Health (ISGlobal) and LSHTM's Environment and Health Modelling Lab, showed that over four percent of deaths in cities during the summer months are due to urban heat islands, and one third of these deaths could be prevented by reaching a tree cover of 30%.

Researchers at the London School of Hygiene & Tropical Medicine are pioneering a new era of public health in the context of climate change and environmental degradation. In this video, Professor Antonio Gasparrini, Environment and Health Modelling Lab team lead, explains how mapping heat-related mortality can help improve understanding of the impacts of extreme heat and inform action to mitigate consequences.

New risk estimates suggest London and other urban areas had the highest heat-related mortality rate, while cold-related deaths were highest in Northern England, Wales and the South West.

Each year in England and Wales, there were on average nearly 800 excess deaths associated with heat and over 60,500 associated with cold between 2000 and 2019, according to a new study published in The Lancet Planetary Health.

Read more about the study.

Specific components of air pollution identified as more harmful than others

Ammonium is one of the specific components of fine particulate matter (PM2.5), that has been linked to a higher risk of death compared to other chemicals found in it, according to a new study in the journal Epidemiology.

Find out more about the largest global analysis on air pollution.

Wildfire smoke is causing significant excess deaths globally, with the highest impacts in South-East Asia and Central America, according to the largest study of its kind in the Lancet Planetary Health.

Read more about the impact of wildfire smoke.

Global warming already responsible for one in three heat-related deaths

Between 1991 and 2018, more than a third of all deaths in which heat played a role were attributable to human-induced global warming, according to a new study in Nature Climate Change.

Read more on the study on global warming.

A novel method that combines artificial intelligence with remote sensing satellite technologies has produced the most detailed coverage of air pollution in Britain to date.

Read more about the ground-breaking technique.

Researchers from the Environment and Health Modelling Lab team teach LSHTM programme modules, as well as providing training and workshops internationally in a range of different research areas. Below is a list of LSHTM programmes and upcoming courses: 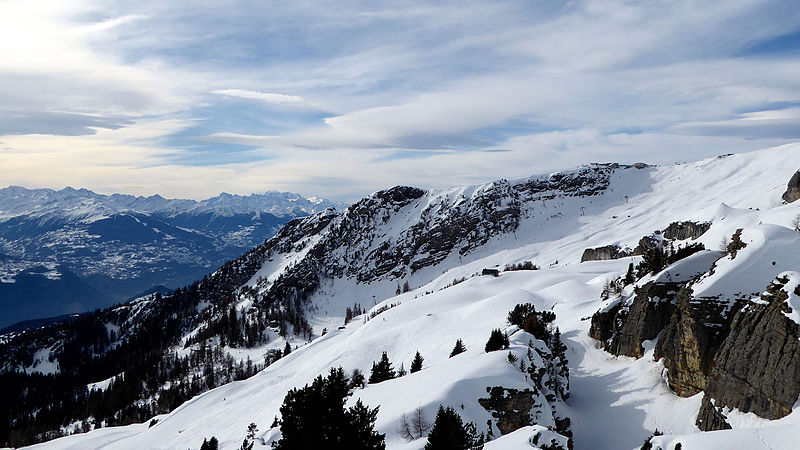 This course aims to provide a comprehensive overview of the latest developments in environmental epidemiology applied to climate change research. The course will cover state-of-the-art study designs such as multi-location time series analyses and small-area assessments, advanced methodologies such as distributed lag models and GIS data linkage, and applications such as health impact projection studies and health attribution analysis.

This course will offer a thorough overview of established approaches and recent advancements in methods using time series data for health research, including a theoretical introduction as well as practical examples in public health, environmental, clinical, cancer, and pharmaco-epidemiology.

Please check back at a later date