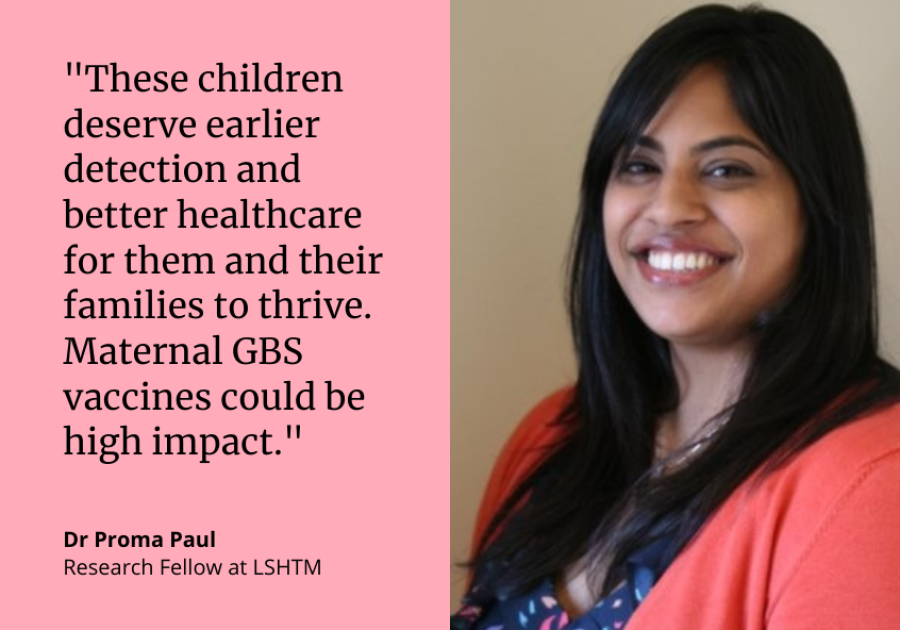 Children with a history of invasive Group B Streptococcus (iGBS) disease face a higher risk of moderate to severe neurodevelopmental impairment (NDI) later in life compared to non-iGBS children, according to a new study published in The Lancet eClinicalMedicine.

iGBS is caused by a common bacterium that can be transmitted in the womb, during birth, or in the early weeks of life.

The first multi-country study of its kind on GBS outcomes in low- and middle-income countries was led by the London School of Hygiene & Tropical Medicine (LSHTM) with members of the GBS long term outcomes LMIC collaborative group. It aimed to estimate the risk of NDI for children with a history of iGBS across three regions with a high burden of disease: sub-Saharan Africa, Asia and Latin America.

The study, which included data from South Africa, India, Mozambique, Kenya and Argentina, found that neurodevelopmental impairment was frequent following iGBS in the first 90 days of life. Children with a history of iGBS had a 70% increased risk of any NDI, compared to those without iGBS.

The findings demonstrate a higher than previously recognised burden of NDI in iGBS survivors, emphasising the urgent need for a maternal vaccine against GBS and calling for increased research into the longer-term outcomes of the disease.

A recent report from the World Health Organization (WHO) and LSHTM revealed the alarming global impact of GBS. An average of 15% of all pregnant women worldwide – nearly 20 million annually – carry the GBS bacterium in their vagina, usually without symptoms. It can then spread from a pregnant woman to her unborn baby in the womb, or to newborns during labour, leading to around 150,000 deaths of babies each year, more than half a million preterm births and significant long-term disability.

Despite wide reporting of neonatal and infant mortality associated with iGBS disease, the impact of iGBS on NDI has been under studied. Data from low- and middle-income countries (LMICs) is particularly lacking, despite the majority of iGBS cases occurring in these countries.

Accurate measurement of NDI is crucial for estimating the burden of disease and cost-effectiveness of preventative approaches.

Dr Proma Paul, Research Fellow at LSHTM and first author, said: “Our study is the first low- and middle-income multi-country data to show a higher risk of neuro-developmental delays in children surviving invasive GBS infections. These children deserve earlier detection and better healthcare and education for them and their families to thrive. Maternal GBS vaccines could be high impact.”

Sepsis, a life-threatening reaction to an infection also known as blood poisoning, is the most common clinical presentation of iGBS disease. 74.3% of the iGBS children included in the study had a history of GBS-sepsis, 25.7% had experienced GBS-meningitis.

Of the iGBS surviving children, overall, 38.1% had any NDI (mild, moderate or severe), compared to 21.7% of non-iGBS children. Hence the risk of NDI was increased by 70% compared to unaffected children, matched for age and sex.

Among GBS-sepsis children, the team estimated a 5% risk of moderate/severe NDI later in life. This increased to 15% for GBS-meningitis children. Although the risk of NDI following GBS-sepsis is lower, as it is more common than meningitis, it is likely to contribute to a high portion of the total NDI burden.

Risk of moderate/severe NDI among iGBS survivors varied by location: 2.9% in India, 3.4% in Kenya, 7.7% in Mozambique, 13.9% in South Africa and 23.1% in Argentina. Frequency of mild neurodevelopmental impairment also varied between the countries included in the study, ranging from 18% in Mozambique to 61% in Argentina.

Disability was found to be more common after GBS-meningitis, a finding consistent with previous studies on GBS-meningitis. The study’s findings on GBS-sepsis survivors, who also have substantial NDI, are new.

The study highlights the need for freely available standardised developmental assessment tests that can be adapted to context for routine use in both clinical practice and to inform public health policy. Better detection of iGBS is also needed to link to better healthcare and education for affected children and comprehensive support for their families, requiring context-specific implementation research.

The researchers acknowledge that the study has limitations and may not be representative of all iGBS survivors. For example, meningitis is underdiagnosed, especially in neonates, leading to misclassification where meningitis is considered to be sepsis, a common occurrence in low income or resource limited settings.

The ‘Global Roadmap to Defeat Meningitis by 2030’ led by the World Health Organization (WHO) with partners including LSHTM aims to tackle the leading causes of meningitis, including GBS. One of its priorities includes the development of a vaccine against GBS which could be highly cost-effective – with significant health benefits – in all regions of the world. Several GBS vaccine candidates are in development, but none are yet available, despite having been in the pipeline for several decades.