LSHTM joins WHO to call for urgent action on meningitis 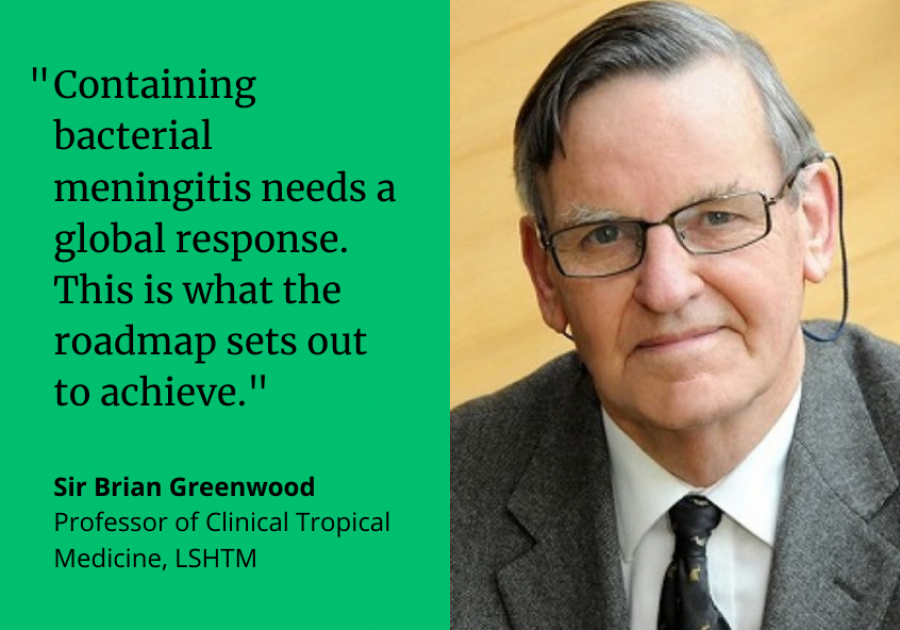 The World Health Organization (WHO) and partners, including the London School of Hygiene & Tropical Medicine (LSHTM), have launched the first ever global strategy to defeat meningitis - a debilitating disease that kills hundreds of thousands of people each year.

The Global Roadmap to Defeat Meningitis by 2030 aims to eliminate epidemics of bacterial meningitis – the most deadly form of the disease – and to reduce deaths by 70% and halve the number of cases. With a focus on preventing infections and improving care and diagnosis for those affected, the organisations estimate that the strategy could save more than 200,000 lives annually and significantly reduce disability caused by the disease.

The virtual launch event was hosted by WHO in Geneva with a broad coalition of partners involved in meningitis prevention and control.

Dr Tedros Adhanom Ghebreyesus, WHO Director-General, said: “Wherever it occurs, meningitis can be deadly and debilitating; it strikes quickly, has serious health, economic and social consequences, and causes devastating outbreaks. It is time to tackle meningitis globally once and for all – by urgently expanding access to existing tools like vaccines, spearheading new research and innovation to prevent, detecting and treating the various causes of the disease, and improving rehabilitation for those affected.”

Professor Sir Brian Greenwood, Professor of Clinical Tropical Medicine at LSHTM and co-chair of the task force supporting the implementation of the roadmap, said: “Although the main burden of meningitis is in poor countries, acute bacterial meningitis is a global problem with no country being spared its devastating impact.

“Thus, containing this serious group of infections needs a global response. This is what the roadmap sets out to achieve, bringing together – under the umbrella of WHO – health professionals from across the world to bring this condition under control by 2030.”

Meningitis is a dangerous inflammation of the membranes that surround the brain and spinal cord, predominantly caused by infection with bacteria and viruses.

Meningitis that is caused by bacterial infection tends to be the most serious – leading to around 250,000 deaths globally each year - and can cause fast-spreading epidemics. It kills 1 in 10 of those infected – mostly children and young people - and leaves 1 in 5 with long-lasting disability, such as seizures, hearing and vision loss, neurological damage, and cognitive impairment.

Over the last 10 years, meningitis epidemics have occurred in all regions of the world, though most commonly in the ‘Meningitis Belt,’ which spans 26 countries across Sub-Saharan Africa. These epidemics are unpredictable, can severely disrupt health systems, and create poverty - generating catastrophic expenditures for households and communities.

A task force of experts established in 2018, including Professors Sir Brian Greenwood, Joy Lawn and Beate Kampmann, developed this roadmap for how to control and defeat the condition within the decade. The launch of the official roadmap, the first ever resoluton on meningitis, comes after it was approved by the World Health Assembly last year.

The new roadmap details the following priorities for meningitis response and prevention:

All partners are providing support to countries to implement the roadmap, including through the development of regional and national frameworks that will help countries achieve its ambitious goals.

As one of the first tangible outputs from this roadmap, WHO and LSHTM will be launching a global evidence-based report at the ISSAD conference (3-5 November) about identifying and preventing deaths due to Group B strep, also known as streptococcal bacteria, the major cause of neonatal and infant meningitis.

Joy Lawn, Professor of Maternal, Reproductive & Child Health at LSHTM, said: “Meningitis, including from Group B Streptococcus, is missed in newborns unless sick newborns are specifically tested. Improved clinical care and better laboratory capacity are both urgently needed to save more lives, especially in Africa.”

Beate Kampmann, Professor of Paediatric Infection & Immunity at LSHTM, said: “As a paediatrician, researcher in infectious diseases and also a parent, meningitis has been an important concern throughout my career. We now have a clear action plan to scale up our efforts to defeat meningitis. We have powerful vaccines to prevent some of the major causes, but the job is far from done. Diagnostic and preventive tools need to be accessible worldwide. Additional ones are required to be developed, for example against Group B Streptococcus – another devastating disease which is the major cause of meningitis in young babies – and against TB meningitis.”

Vinny Smith, Chief Executive Officer of the Meningitis Research Foundation and the Confederation of Meningitis Organisations (CoMO), said: “This roadmap is the embodiment of the ambition of people and families affected around the world who have called for its creation. It's their experience and passion that has driven a whole community of interest to get this far. We celebrate together the common goal of defeating meningitis and will be led by their inspiration to make it happen.”

Several vaccines protect against meningitis, including meningococcal, Haemophilus influenzae type b and pneumococcal vaccines. However, not all communities have access to these lifesaving vaccines, and many countries are yet to introduce them into their national programmes.

While research is under way to develop vaccines for other causes of meningitis, such as Group B Strep bacteria, there remains an urgent need for innovation, funding and research to develop more meningitis-preventive vaccines. Efforts are also needed to strengthen early diagnosis, treatment and rehabilitation for all those who need it after contracting the disease.

The launch event was supported by a large network of organisations and individual experts involved in meningitis prevention and control, including the United States Centers for Disease Control and Prevention, LSHTM, Médecins Sans Frontières, Epicentre, the Meningitis Research Foundation, PATH, UNICEF, the Gates Foundation and CoMO. Additional acknowledgements go to all partners involved in the development of the Roadmap.