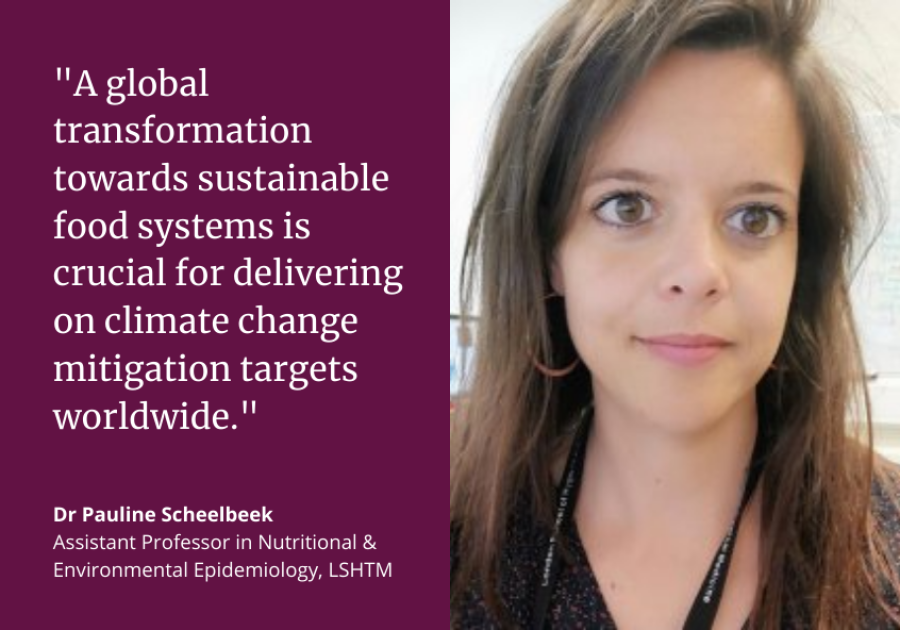 The proportion of UK people reporting eating and drinking plant-based alternative foods such as plant-based milk, vegan sausages and vegetable burgers nearly doubled between 2008–2011 and 2017–2019, according to a new study in Science of the Total Environment.

The study was led by the London School of Hygiene & Tropical Medicine (LSHTM), with partners the University of Oxford. It is believed to be the first analysis of plant-based alternative foods (PBAF) consumption trends in the UK.

Trends from more than 15,000 individuals aged 1.5 years and over were analysed using consumption data from the National Diet and Nutrition Survey 2008–20191. The team found that the proportion of people that reported to eat and drink plant-based alternative foods nearly doubled over the period of the study from 6.7% to 13.1%.

The largest increases were reported among Generation Y (11-23 years old), Millennials (24-39 years old), and among those that reported low meat consumption. Women were also 46% more likely to report consumption of plant-based alternative foods than men.

The researchers say their study suggests that alternative plant-based foods are likely to play an important role in dietary change away from meat and dairy, and take a considerable place in UK diets. However, it remains unknown how healthy and sustainable these alternatives are, so the team call for urgent research to see if the shift to these foods should be strategically promoted.

Dr Pauline Scheelbeek from LSHTM and study author, said: “A global transformation towards sustainable food systems is crucial for delivering on climate change mitigation targets worldwide. In high- and middle-income settings, plant-based meat and dairy alternatives are increasingly being explored and developed as a strategy to reduce consumption of animal-sourced foods. However, the extent to which these foods play a role in dietary change remains largely understudied. This study helps fill that gap.”

Evidence suggests current global food systems and patterns of consumption are unsustainable for human and planetary health. The food system is responsible for roughly 21–37% of global greenhouse gas (GHG) emissions and agriculture accounts for around 70% of freshwater use globally.

To meet the targets set out in the Paris agreements a global transition to sustainable diets is crucial and being widely promoted.  Research has demonstrated that in high- and middle-income settings (with diets that are typically high in animal-sourced foods) substituting animal products with plant-based sources of food can substantially reduce impacts on the environment and improve population health.

As part of its recommendations for achieving a reduction in emissions, the UK Climate Change Committee (UKCCC) has suggested a 20% reduction in high‑carbon meat and dairy products by 2030, rising to a 35% reduction by 2050, with increased consumption of plant-based products.

However, social facilitation, pleasure, and beliefs about the importance of meat in the diet are barriers for many to change diets. PBAF present a potential solution as they are designed to mimic the taste and texture of their animal-based counterparts and limit changes in meal habits and cooking skills.

Dr Scheelbeek said: “The willingness to reduce meat intake among populations in many European countries has increased rapidly over the past decade. Unfortunately, this does not always result into actual dietary change. The plant-based alternative foods could be a stepping stone for people that are willing to reduce meat consumption, but find it hard to fit this into their daily lives. This study shows that more and more people are applying this pathway to achieve their goals on more plant-based diets.”

In this new study, the team examined plant-based PBAF consumption trends in the UK by analysing national representative consumption data from the National Diet and Nutrition Survey for the years 2008-2019. They found that from all plant-based alternative foods, plant-based milks were most popular among the UK population with approximately 1 in 13 people (7.4%) reporting to consume plant-based milks in 2018 and 2019 as compared to 2.3% in 2008-2011.

The consumption of plant-based alternatives for other dairy products – such as vegan cheese and yoghurt - showed to be taking off at a slower pace, with only 1.2% of the respondents reporting to consume such products in 2018 and 2019.

Professor Alan Dangour from LSHTM and a study author, said: “We are seeing a revolution in consumer patterns that could have dramatic impacts on our food systems.  Our study shows just how quickly diets are changing in the UK and how willing the UK public are to adopt new foods.  We must now ensure that as we transition to diets with more novel foods, the diets enhance public health and have a substantially lower impact on our planet.”

The authors acknowledge limitations of their study, including that while food diaries offer an advantage of accuracy over recall dietary assessment methods, underreporting can occur. Data analysis limitations also resulted in exclusion of many food items such as desserts, baked goods and snacks; therefore, consumption of some food groups, particularly dairy products and milk, is under-estimated.