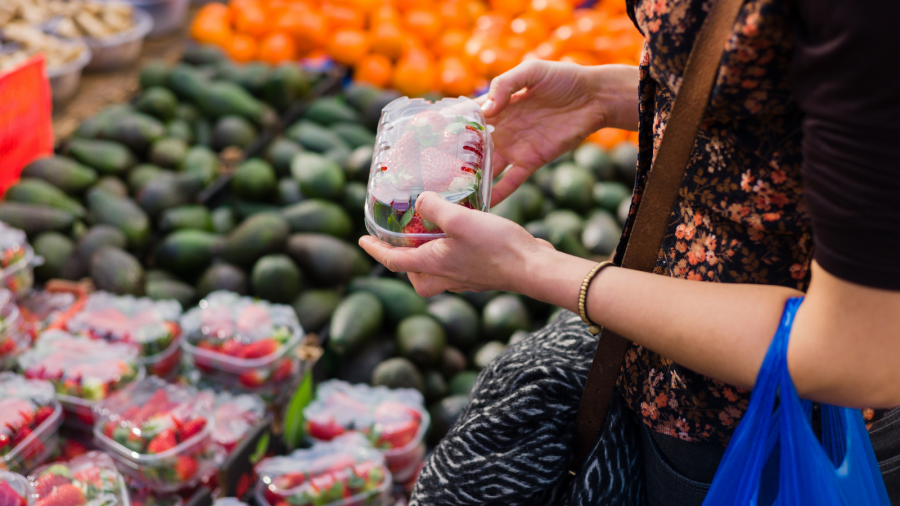 The UK’s supply of fruit and vegetables has become increasingly reliant on imports from countries vulnerable to climate change, according to a new study in Nature Food.

The research, led by the London School of Hygiene & Tropical Medicine (LSHTM), involved analysing open-source data on food trade from 1987-2013. They estimated that the domestic contribution to total fruit and vegetable supply in the UK has decreased from 42% in 1987 to 22% in 2013, while at the same time imports of fruit and vegetables from climate-vulnerable countries have increased from 20% in 1987 to 32% in 2013.

Given the projected trends in global climate change, the researchers say that increased reliance on fruit and vegetable imports from climate-vulnerable countries could have a negative impact on the availability, price and consumption of fruit and vegetables in the UK.  The researchers used a range of indices to assess the vulnerability of countries to current and future climate change. The analysis suggests that the most affected groups are likely to be people in low-income households.

Fruit and vegetables are key components of healthy diets, but globally their consumption is well below current international dietary recommendations. Just 30% of adults and 18% of children eat the recommended five portions of fruit and/or vegetables per day in England. Fruit and vegetables also typically have lower environmental footprints than animal sourced food and this dual contribution to health and sustainability is becoming increasingly recognised.

Dr Pauline Scheelbeek from LSHTM’s Centre on Climate Change & Planetary Health, who led the study, said: “The UK’s current trade patterns and climate change means the supply of fruit and vegetables in the UK is not secure. The recognition that trade is a key component of food system resilience is therefore vital information for policymakers.

Professor Alan Dangour, Director of the Centre on Climate Change & Planetary Health at LSHTM, said: “It is very clear from the underlying trends in food production and trade that the UK is increasingly reliant on climate-vulnerable countries for its supplies of fruit and vegetables. The government cannot ignore these trends or it will be failing in its primary duty to protect its people from future shocks. I call on the government to do more now to support national food production, build resilience into the national food system and ensure the supply of healthy and sustainable diets for all.”

The research team say that the results are particularly important in the light of several government- led programmes, such as the UK’s National Food Strategy, the National Determined Contributions of the UK, and the Obesity Strategy, as well as ongoing Brexit trade negotiations.

Dr Pauline Scheelbeek, said: “The implications of vulnerability of our trade strategy cuts across traditional policy silos such as diets, health, agriculture, economy and the environment. We need to rethink our trade strategy to reduce dependency on climate vulnerable countries, import responsibly and look into possibilities to enhance consumption of sustainably grown fruit and vegetables, including those produced in the UK.”

The study is subject to some limitations. The openly available trade data relies on reporting from individual countries, which may vary in quality. The indices used to determine climate vulnerability are modelled estimates and determined at country level: the vulnerability of the specific locations of crops production may not be the same as the country average.