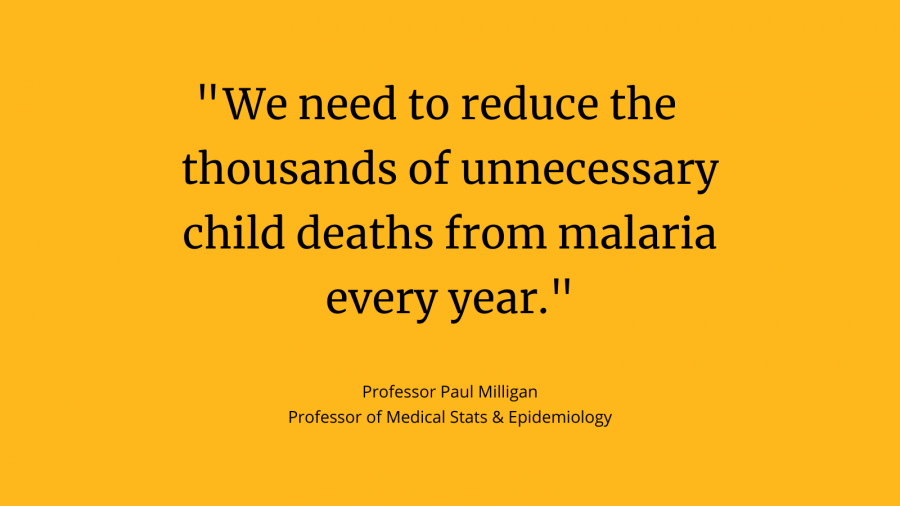 Tablets given once a month for the four-month rainy season help to prevent children dying from malaria and can be delivered effectively to large areas of west and central Africa, according to a new study published in The Lancet.

According to WHO, malaria was responsible for 409,000 deaths globally in 2019, with 93% of global deaths localised to the African Continent. the vast majority of deaths in West and Central Africa.

In the sub-Sahel region of Africa (from southern Senegal and northern Guinea to Chad and northern Cameroon), seasonal malaria chemoprevention, or SMC, is given to children monthly, during the rainy season, the time of year when most cases of childhood disease and deaths occur.

The tablets are given over three days – two are taken on the first day, one on the second and one on the third. Clinical trials have shown SMC can reduce the incidence of malaria, including severe malaria, by 75%.

This study, conducted by researchers from the Achieving Catalytic Expansion of SMC in the Sahel (ACCESS-SMC) looked at the safety and effectiveness of SMC at scale, costs of delivery, cost-effectiveness, and effects on drug resistance during 2015 and 2016 in seven countries – Burkina Faso, Chad, The Gambia, Guinea, Mali, Niger, and Nigeria.

Across all seven countries outpatient malaria cases reduced, ranging from a 25% reduction in Nigeria in 2016 to 59% in The Gambia in 2016.

In the study, which was funded by Unitaid, each monthly treatment gave a high degree of personal protection for four weeks, reducing malaria incidence by over 80% during this time. Protection then drops rapidly, with the drug reducing malaria incidence by 61% during the 29 to 42 days after treatment. Therefore, the researchers suggest the treatments should be strictly 28 days apart to maintain high levels of protection.

Paul Milligan, Professor of Medical Stats & Epidemiology at the London School of Hygiene & Tropical Medicine, UK, a corresponding author of the study, said: “This evaluation of the scaling-up of SMC implementation provides the first evidence of an impact in reducing malaria deaths in children. The project increased demand for SMC drugs, which in turn encouraged drug manufacturers to increase capacity and develop child-friendly formulations.

“There are now programmes in 13 countries, reaching about 22 million children in 2019. However, there is still a gap of around eight million children who live in areas suitable for SMC but are being missed, and delivery needs to be optimized to ensure high levels of coverage in all regions. These gaps must urgently be closed – while SMC does not provide complete protection, it should be made available alongside other measures to reduce the thousands of unnecessary child deaths from malaria every year.”

SMC involves a combination of the antimalarials sulfadoxine-pyrimethamine with amodiaquine, given in tablet form once every month during the four-month rainy season by community health workers.

While coverage varied across the seven countries, door-to-door delivery was found to be the most effective method of reaching children, especially in the poorest areas.

Low levels of drug resistance were reported in the study. However, the researchers say that while these are low levels of resistance, there is some selection for resistance to sulfadoxine-pyrimethamine, and resistance should be carefully monitored across all regions where SMC is used to be able to quickly identify if the drug’s effectiveness is threatened.

Safety monitoring through the national pharmacovigilance system in each country within the study was improved to ensure the drug remained safe when administered on a large scale. Severe adverse reactions were uncommon, which was in line with previous clinical trials.

This research is now scaling up as the Optimising SMC (OPT-SMC) partnership between the national malaria control programmes in 13 countries; Benin, Burkina Faso, Cameroon, Chad, The Gambia, Ghana, Guinea, Guinea Bissau, Mali, Niger, Nigeria, Senegal, and Togo. In some areas, four monthly cycles are not enough to cover the high-risk period and the number of cycles needs to be increased. There is an urgent need to close these gaps and to optimize SMC delivery to protect all eligible children.