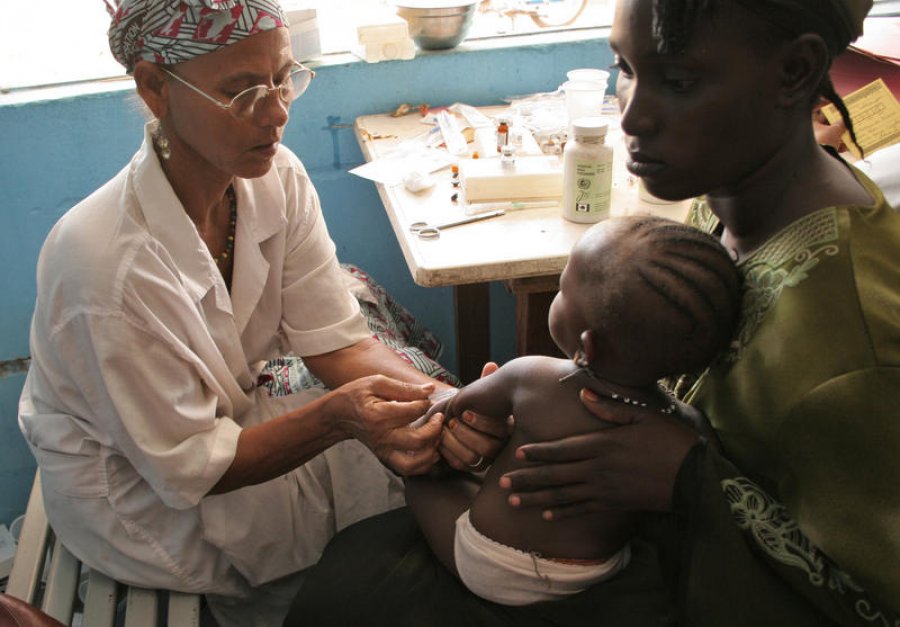 Funded by the Medical Research Council, the Department for International Development and the Wellcome Trust, the study will compare the effectiveness, cost and ease of delivery of two new malaria interventions, the malaria vaccine RTS,S/AS01 and seasonal malaria chemoprevention (SMC).

Although progress is being made to tackle malaria, it remains one of the biggest killers of children in sub Saharan Africa. According to the World Health Organization there were an estimated 429,000 malaria deaths worldwide in 2015, 92% of which occurred in Africa with the highest proportion being in children under five years old.

This double-blind, randomised controlled trial will involve 6000 children in Burkina Faso and Mali aged between 5-17 months. Two groups will be given either RTS,S/AS01 or SMC, with a third group receiving both interventions. Results from the £3m four-year study will help determine the best strategy for preventing seasonal malaria in the African Sahel and sub-Sahel.

SMC involves treating children with the antimalarial drugs sulfadoxine-pyrimethamine and amodiaquine once a month during the rainy season. A recent study showed that giving SMC to children up to age 10 during the high malaria season in Senegal more than halved cases of malaria in that age group, and also reduced cases in those above 10 years of age by a quarter by reducing overall malaria transmission.

RTS,S/AS01 has a high level of protection (70-80%) during the first few months after vaccination, but this wanes over time. This new study will 'prime' children with three doses at the ages of 5-17 months, and then give them a booster dose of vaccine at the beginning of each malaria transmission season.

Sir Brian Greenwood, Professor of Clinical Tropical Medicine at the School and Principal Investigator on the trial with Prof Daniel Chandramohan, said: "Seasonal malaria affects a large number of children in the Sahel and sub-Sahel.  SMC is very effective but its delivery is demanding on families, especially for those living in rural and difficult to access areas, as it requires four contacts between health providers and recipient children each rainy season. A single dose of vaccination would be easier to deliver. In addition, it may be that a combination of the two interventions would be more effective at preventing malaria than either used alone which is what we are aiming to find out in this trial."

The School has been instrumental in the development and roll-out of both of the interventions to be assessed. In 2009, a School supported trial which tested an SMC treatment course in combination with insecticide treated nets in the same region, showed a 77% reduction in the incidence of uncomplicated malaria and a similar reduction in cases of severe malaria. Scientists at the School also contributed to the phase 3 clinical testing of RTS,S which the WHO recently announced will be rolled out in three large pilot projects in sub-Saharan Africa.

On-site partners in the trial, which begins in April 2017, are from the Institute de Recherche en Scinces de la Santé in Bobo-Dioulasso, Burkina Faso and the Malaria Research & Training Centre in Bamako, Mali.

Image: An infant receives treatment for malaria at a clinic in Mali. © 2007 Bonnie Gillespie, Courtesy of Photoshare