3 May 2017 London School of Hygiene & Tropical Medicine London School of Hygiene & Tropical Medicine https://lshtm.ac.uk/themes/custom/lshtm/images/lshtm-logo-black.png
The proportion of people aware of their HIV status and receiving treatment has increased significantly after one year of a major HIV prevention programme, according to early findings published in PLOS Medicine. 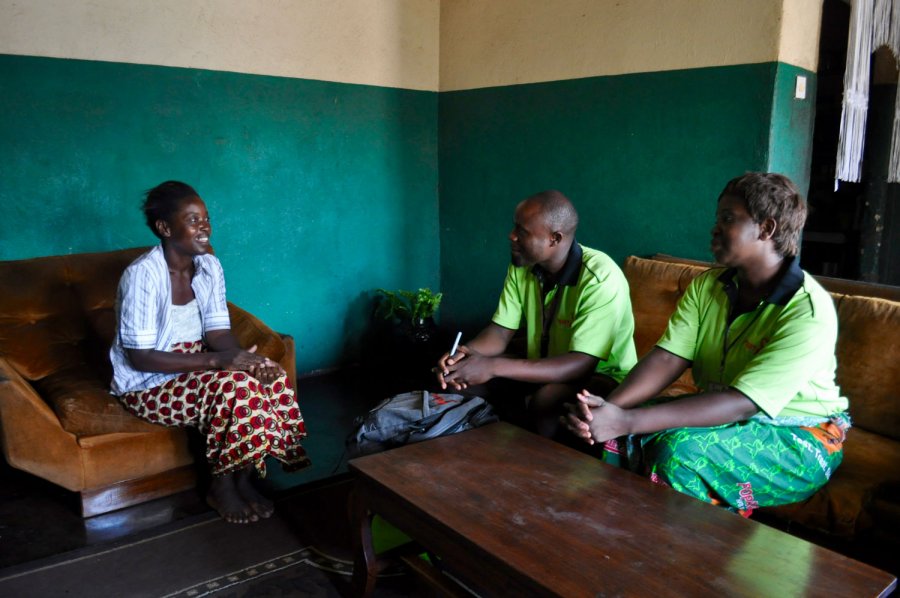 PopART (also known as HPTN 071) is a community-randomised trial of the universal HIV ‘test and treat’ strategy, aiming to discover whether it can reduce new HIV infections among a population of one million people in Zambia and South Africa. Universal test and treat is based on the idea that if everyone in the community takes an HIV test and knows their status, and if everyone with an HIV-positive test begins antiretroviral therapy (ART) HIV treatment rapidly, this should reduce the amount of virus in the community to such a low level that most people with HIV will not pass the virus on to others.

Despite progress against the HIV epidemic, an estimated 2.1 million people were newly infected with HIV in 2015. In that year, more than a million people died from HIV-related illnesses, mostly in low- and middle-income countries. To accelerate progress in bringing the epidemic under control, UNAIDS has set ambitious “90-90-90” targets: by 2020, 90% of people infected with HIV should know their status, 90% of people diagnosed with HIV infection should be receiving ART and 90% of people receiving treatment should have viral suppression.

The new paper reports findings from the first year of the study in Zambia only. The study authors estimate that, after one year of the PopART intervention, the proportion of people with HIV who knew their infection status had increased from 52% to 78% for men, and from 56% to 87% for women. Among known HIV-positive adults, around 73% were on ART by the end of the annual round. The estimated overall proportion of people with HIV receiving antiretroviral treatment (ART) had increased from 44% to 61%.

The lower proportion of men with HIV knowing their status in the study suggests that reaching them through home visits may be challenging. The data also suggest that ART coverage was lower in younger adults with HIV.

Study lead, Professor Richard Hayes from the London School of Hygiene & Tropical Medicine, said: “The principles of universal test and treat underpin the UNAIDS ’90-90-90’ targets, with models suggesting it could have a dramatic effect on the HIV epidemic. However, in reality we just don’t know whether test-and-treat can be delivered effectively on the ground in countries with very high rates of HIV, or what impact it will have on HIV infections.

“These early findings from the trial in Zambia are encouraging, but also highlight where more work is needed. They show that after just one year of a test-and-treat intervention, nearly 90% of women and 80% of men with HIV know their status, and about 75% of these are on antiretroviral therapy. We also found that we were relatively close to meeting the first two UNAIDS ‘90’ targets in older age-groups, but that coverage is much lower in young people and especially young men.

“These insights will be vital in helping us to target our intervention efforts more effectively during the final two years of the trial. After that we will be able to see not just whether the UNAIDS targets have been reached, but what effect this has had on new HIV infections.”

The trial is ongoing, and additional findings will be reported in future years. PopART is funded by the National Institutes of Health, PEPFAR and the International Initiative for Impact Evaluation with support from the Bill & Melinda Gates Foundation.