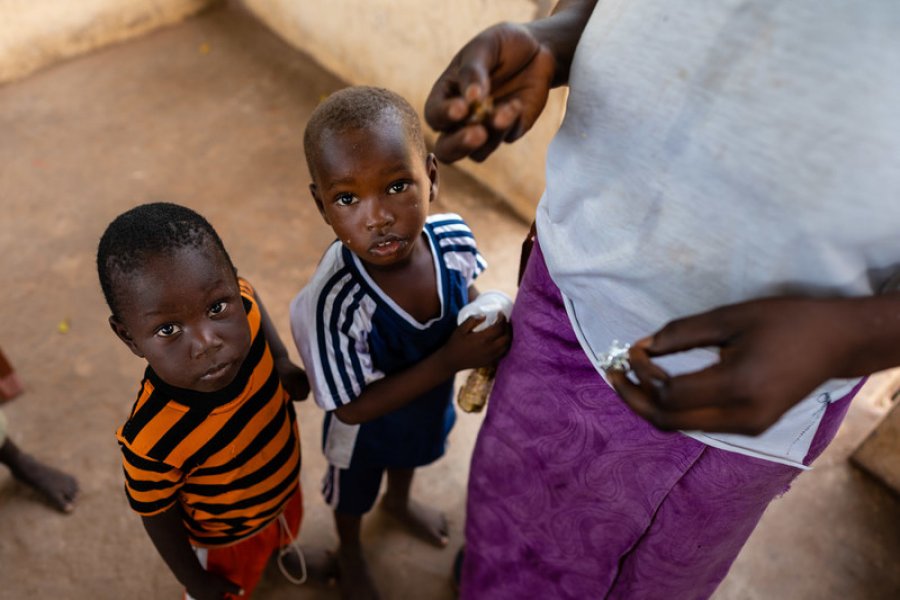 Giving preventive drugs to school-age children in Africa substantially reduces malaria infections and cases of anaemia, according to a new study in The Lancet Global Health.

Conducted by an international consortium, led by the London School of Hygiene & Tropical Medicine and the University of Maryland School of Medicine, the research is the first meta-analysis of preventive malaria treatments among school-age children.

The team pooled data from 11 different clinical studies that tested malaria preventative medications in 15,000 children aged 5 to 15 living in seven different countries across sub-Saharan Africa. Half were given preventive malaria treatment, whereas the other half were either given a placebo or not treated as a control.

Doses of preventive drugs were given as often as once a month, or as infrequently as once a year, depending on the study. The children were monitored for an average of 43 weeks. Six of the clinical trials evaluated cognitive function between children who received the malaria preventatives and those who did not.

Overall, the team found that preventive antimalarial treatment across all malaria transmission settings cuts the prevalence of malaria among schoolchildren by 46% and subsequent cases of clinical malaria by 50%.

Preventive treatment provided consistent protection for schoolchildren regardless of transmission setting – from areas where the underlying prevalence of malaria was greater than 50% and where it was less than 10%.  Preventive treatment also reduced cases of anaemia among schoolchildren by 15% and, among children over 10 years of age, was associated with improved learning.

An estimated 3.4 billion people worldwide are at risk of contracting malaria, and 400,000 die from the disease every year, according to the World Health Organization (WHO). While the WHO recommends providing intermittent preventive treatment to pregnant women, infants and young children in some malaria-endemic areas, they have not issued recommendations for school-age children. This is despite growing evidence that use of these preventive mediations works to prevent infections.

Dr Matthew Chico, Assistant Professor of Public Health at the London School of Hygiene & Tropical Medicine and senior author, said: “School-aged children in malaria-endemic areas of sub-Saharan Africa are at substantial risk of infection, and often need treatment. Furthermore, this age group is a major reservoir for human-human transmission.

“Our study shows that preventive treatment of malaria among school-aged children reduces the burden of malaria in this age group. Combined with a malaria vaccine and insecticide treated bednets, a three-pronged approach might just produce the silver bullet we need for malaria elimination.”

Malaria is transmitted by mosquitos infected with a parasite and remains prevalent in Africa, Central and South America, and Southeast Asia. Malaria can cause fevers, headache and chills, as well as anaemia due to the parasite’s destruction of red blood cells. Anaemia can cause severe fatigue, headaches, delayed development and poor performance in school. Malaria can also lead to organ failure and can be fatal if left untreated.

Public health campaigns to provide antimalarial medications to school-aged children may be a way to improve the health and wellness of children, but also to curb the disease spread in communities where malaria is endemic.

Dr Lauren Cohee, faculty member in the Malaria Research Program in the Center for Vaccine Development and Global Health at the University of Maryland School of Medicine and study first author, said: “Utilizing schools as a platform to deliver preventive treatment improves the feasibility of this intervention and builds upon the ever increasing rates of primary school enrolment across the malaria endemic world.

“Preventive treatment of malaria could be added to existing school-based health programs, including nutrition and deworming, to further promote the overall health of the learner.”

The authors acknowledge limitations of their study, including the variability between studies.  However, because the team combined individual participant data from 11 studies, it was possible to account for differences in study design and setting, treatment type, as well as participant characteristics in ways that would not otherwise be possible.