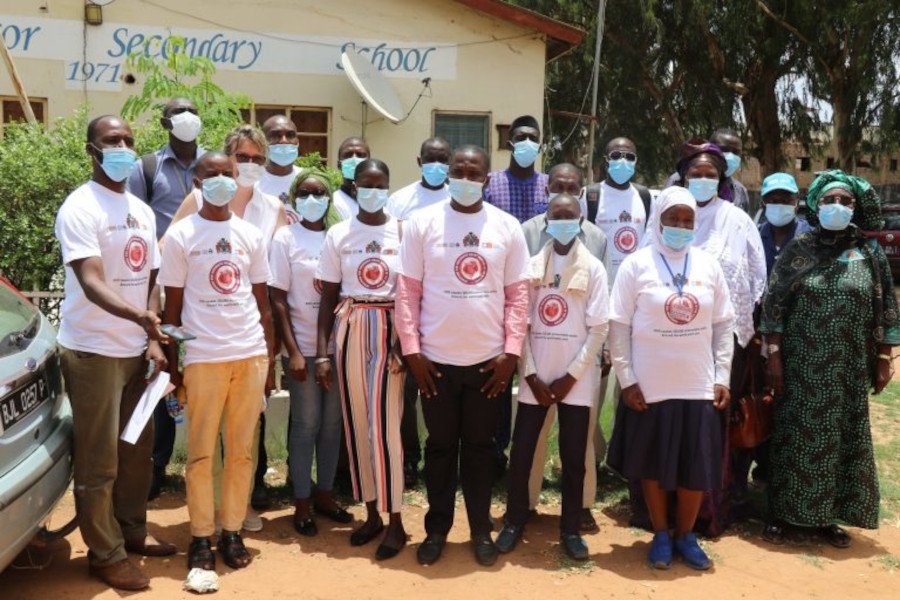 On 27 July 2021, researchers from the Medical Research Council Unit The Gambia at the London School of Hygiene & Tropical Medicine (MRCG at LSHTM) presented the results of the LATTE Project, at a ceremony held at the Nusrat Senior Secondary School in Bundung.

The LATTE project was launched five years ago at the MRCG at LSHTM’s Outpatient Department and the Edward Francis Small Teaching Hospital (EFSTH), with an aim to measure the burden of Rheumatic Heart Disease (RHD), especially among school-going children, young adults, and pregnant women in The Gambia.

Dr Annette Erhart, Principal investigator of the study shared that among three thousand children (3000) aged between five and nine years who were recruited and scanned, forty-one (41) had Rheumatic Heart Disease and were not aware of their condition. She added that all the study participants were examined by expert cardiologists, who have also been monitoring the children and providing advice on treatment options. She advised parents to support their children to undergo screening and ensure early treatment.

Mr. Ebrima Karkeh, speaking on the behalf of the Nusrat SSS Principal, stated that the school’s administration and Parent-Teacher Association were happy to support the LATTE study and are looking forward to a closer collaboration with the MRCG at LSHTM in subsequent research projects. He stressed the importance of the study for his school, as RHD affects school children and can hinder their academic progress.

Dr Lamin E.S Jaiteh, a Cardiologist from the EFSTH and a collaborator on the LATTE project highlighted that RHD does not receive adequate attention in The Gambia. He called for more effort towards awareness campaigns across the country, as well as policy actions to eradicate the disease in The Gambia, citing positive examples from Europe.

The LATTE project is expected to phase out in September 2021, but there are hopes for a possible extension, which would provide the opportunity for screenings to be extended to more schools.

The results-dissemination event was attended by representative from the Regional Education Directorate, students and teachers from the study schools, local government authorities, religious and traditional leaders, and the media.