Labs in the lab: Can dogs detect malaria? 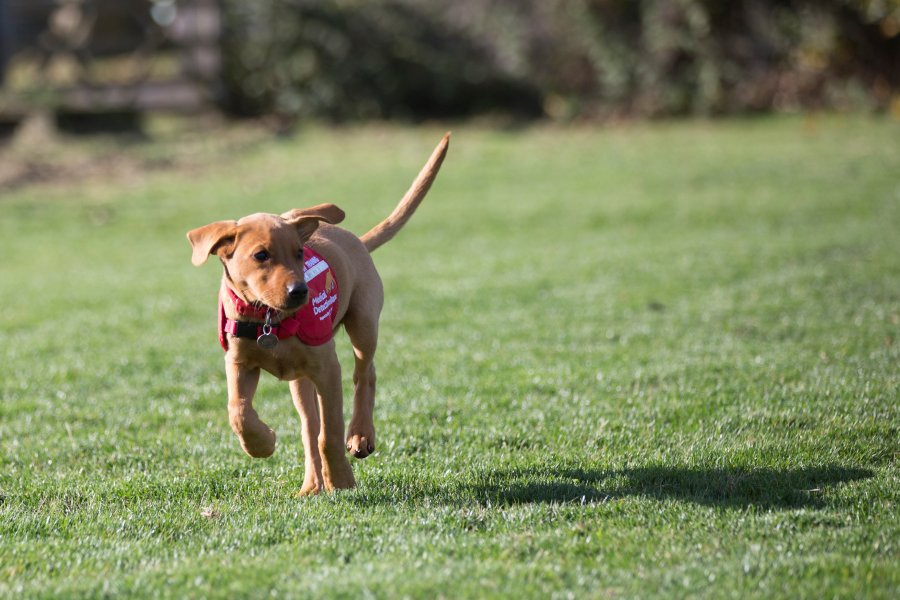 Dogs could be trained to sniff out malaria in people according to new research aimed at preventing the spread of the deadly disease.

Trained sniffer dogs could detect the scent of malaria on people according to new research. The project is still in its preliminary stages but looks very promising and would provide a rapid and, crucially, non-invasive test for malaria.

Principle Investigator Professor Steve Lindsay, in the Department of Biosciences, Durham University, UK, said: “While our findings are at an early stage, in principle we have shown that dogs could be trained to detect malaria infected people by their odour with a credible degree of accuracy.

By using nylon socks, foot-odour samples were collected from healthy children between 5 and 14 in the Upper River Region of The Gambia in West Africa. The children were also screened to discover whether they had the malaria parasite Plasmodium falciparum in their blood.

The sock samples were then frozen and transported to the UK. Medical Detection Dogs, a charity based in Milton Keynes, carried out tests with two dogs, a Labrador-Golden Retriever cross called Lexi and a Labrador called Sally to detect malaria. They were trained to distinguish between the scent of those infected with malaria parasites and healthy samples.

Malaria is a life-threatening disease caused by parasites that are transmitted to people through the bites of infected female Anopheles mosquitoes called “malaria vectors”. It is preventable and curable but still kills approximately 429,000 annually. This figure slowly declined from 2000 but has recently plateaued meaning more needs to be done to combat this deadly disease.

Co-author Professor James Logan, Head of the Department of Disease Control, at the London School of Hygiene & Tropical Medicine, said: “Worryingly, our progress on the control of malaria has stalled in recent years, so we desperately need innovative new tools to help in the fight against malaria.

The spread of the disease can be treated in its infancy should the detection of malaria be possible in carriers who are not yet presenting symptoms. These people can be administered antimalarial drugs in a timely manner.

Dogs in this study represent a non-invasive, portable and rapid test for identifying carriers. Confirmation of the disease would then be made by taking a finger-prick sample of blood using a rapid diagnostic test following World Health Organization guidelines.

Co-author Professor Umberto D’Alessandro, Unit Director at the MRCG at LSHTM, said: “Detecting malaria-infected but otherwise healthy people is a laborious and time-consuming process that requires collecting a blood sample to be then processed in a well-equipped laboratory.

Exciting as it may be, further research is required to see if dogs can directly sniff out malaria in people infected with the disease.

The researchers added that additional studies are needed to see if dogs can detect malaria in the odour of infected people from other parts of the world before the animals could be used in the field.