James is a Professor at the London School of Hygiene & Tropical Medicine (LSHTM), and was Head of the Department of Disease Control for 4 years. He is also Co-Founder and CEO of Arctech Innovation, a world-leading innovation centre for breakthrough research, evaluation and commercialisation of new, game-changing products for the surveillance and control of diseases.

He is the Principal Investigator of a large research portfolio, investigating novel diagnostics, surveillance and control technologies for diseases including COVID-19, malaria, Zika, dengue, trachoma and Lyme disease. James is the UK's leading expert on insect repellents and methods of personal protection against arthropod vectors. His work also aims to identify and understand chemical signals given off by the human body during infection and use these as biomarkers of diseases for the development of non-invasive diagnostics.

Arctech Innovation is a spin-out company from LSHTM, established after the acquisition of ARCTEC, A Centre of Excellence for Entomology and Vector Control, by Vecotech.Both companies were co-founded and led by James. Arctech Innovation has established a Good Laboratory Practice (GLP)-compliant laboratory with excellent facilities and clinical trials team for independent testing and evaluation of products on behalf of commercial clients. James is an inventor on patents in Arctech Innovation’s portfolio of disruptive products for diagnostics of disease, and the control of pests and vectors.

James began his career with a first class BSc honours degree in Zoology from the University of Aberdeen in 2001 and an award-winning PhD in 2005. He then led a research group at Rothamsted Research, as Senior Postdoctoral Research Scientist, within the Chemical Ecology Programme, before joining the School.

James is a Fellow of the Royal Entomological Society, Chair of the Public Engagement Committee and a member of the Innovations Committee.

James is an avid science communicator and is Science Ambassador for the Science Technology Engineering and Mathematics Network (STEMNET) which aims to inspire young people in science. James is also a science TV presenter, currently working on exciting programmes with the BBC and Channel 4. He also makes regular appearances on television, radio and in print media as a scientific expert.

James enjoys taking part in charity work and is a Patron of Medical Aid Films, which uses innovative media to transform the health and wellbeing of women and children around the world.

James is Lead Educator for the free online course on Zika and another on Vector Control (MOOC). He is also Module Organiser of the Integrated Vector Management Module and the residential field trip for entomology and parasitology for the MSc course, Biology and Control of Disease Vectors. He teaches on several other MSc courses including Medical Parasitology, Control of Infectious Diseases, Tropical Medicine and International Health, Diploma in Tropical Medicine & Hygiene and the Short Course on Travel Medicine. James also supervises several PhD projects and MSc summer projects.

The Logan research group investigates novel ways to control arthropod vectors that transmit pathogens of human and animal diseases in the UK and overseas by exploring:


The Logan group also works on the idientification of disease biomarkers in human odour, using insects as biosensors.

Arctech Innovation is a spin-out company from LSHTM with a mission to save lives by creating and delivering public health innovation and global social impact. It comprises three core divisions:

To enquire about its independent efficacy testing services, or to explore collaborative opportunities in social impact or product innovation, visit www.arctechinnovation.com 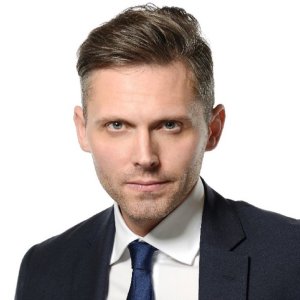