Professor
Director of the MRC Unit The Gambia

Prof. Umberto D'Alessandro (MD, MSc, PhD) has a long working experience in Africa, first as a clinician (Benin and Kenya) and later as a clinical epidemiologist (The Gambia). He has been involved in malaria research since 1990 when he carried out the evaluation of the Gambian National programme on insecticide-treated bed nets. He joined the Department of Parasitology at the Institute of Tropical Medicine, Antwerp, Belgium in 1996 where he was, until the end of 2010, was the head of the Epidemiology Unit. There, he developed a research program around three themes: antimalarial treatment, including drug resistance, malaria prevention, and the P. vivax in vitro cycle, implemented in several malaria endemic countries, e.g. Uganda, Burkina Faso, Benin, Vietnam, Peru, etc.

In 2011, Professor D’Alessandro joined the Medical Research Council Unit The Gambia (MRCG) as theme leader of disease control and elimination. In January 2014, he was appointed director of the MRCG. His research program on malaria at the MRCG is built around questions related to malaria elimination/eradication.

Edgar Dabira (Burkina Faso) - "Towards malaria elimination: Innovative tools and interventions to accelerate interruption of transmission in The Gambia"

I have started my research career with the evaluation of the impact of the Gambian National insecticide-treated bed nets (ITNs) on childhood morbidity and mortality and on malaria in pregnancy. ITNs reduced mortality in children <10 years of age by 25%. It also showed that ITNs could prevent malaria in pregnancy and this resulted in a higher mean birth weight in intervention villages. This is one of the projects on which the recommendation by the World Health Organization of implementing ITNs for the prevention of malaria is based.

I also carried out, about around the same period, one of the first phase 3 malaria vaccine trials in sub-Saharan Africa, namely SPf66. Unfortunately, the vaccine was not efficacious, but the trial provided important information on how to conduct a malaria vaccine trial.

Antimalarial drug resistance and efficacy of new treatments has been for long time a major subject in my research portfolio. I have contributed assessing the magnitude of the resistance to chloroquine and sulfadoxine-pyrimethamine, both in West and Eastern Africa, and investigated how the intensity of malaria transmission influenced the spread of drug resistant parasites. I have also evaluated the safety and efficacy of artemisinin-based combination treatments in Africa and in other continents, including in high risk groups such as children <5 years old and pregnant women.  For the latter, I reported that dihydroartemisinin-piperaquine is the treatment with the highest efficacy and acceptable safety, while artemether-lumefantrine has excellent safety but lower efficacy.

I have worked extensively on malaria in pregnancy and produced data on the burden of infection and efficacy and effectiveness of control interventions. For example, I evaluated several approaches to increase the coverage of intermittent preventive treatment during pregnancy (IPTp), one of them combining IPTp with malaria screening and treatment between IPTp doses.

We carried out the first Controlled Human Malaria Infection (CHMI) experiment in The Gambia and showed that individuals with serological evidence of higher malaria exposure were able to better control infection and had higher parasite growth inhibitory activity.

Finally, the MRC Unit The Gambia I am leading is fully involved in the national response to the covid-19 epidemic. Besides providing the diagnostic facilities and managing patients in our clinical services, we have bene doing several covid-19 related projects. We have evaluated a new antigen-based diagnostic test and set up a cohort of covid-19 patients to determine their immune response over 6 months. We are implementing a treatment trial with 2 cohorts, one with mild disease patients and the other with severe disease patients. 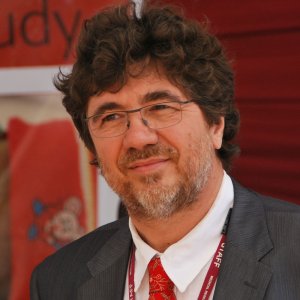