Welcoming the new Co-Directors of the Centre for Evaluation

The Centre for Evaluation is delighted to announce that Mitzy Gafos and Brian Rice have been appointed as Co-Directors. They are picking up the baton from Joanna Busza who led the Centre for 3 years – a huge thank you to Joanna for all her hard work, and to Calum Davey who served as acting Director in the interim period.

Founded in 2012, the Centre consists of a network of researchers and practitioners across disciplines and public health contexts with expertise in evaluation methods. The mission of the Centre is to improve the design and conduct of public health evaluations through the development, application and dissemination of rigorous methods, and to facilitate the use of robust evidence to inform policy and practice decisions.

On their appointment as Co-Directors, Mitzy and Brian said: “We are very pleased to have been appointed as the new Co-Directors of the Centre for Evaluation. We are excited to work with the Deputy Directors and Theme Leads to reinvigorate the work of the Centre. We look forward to engaging with the members and creating opportunities for shared learning and advancing methodological approaches to evaluation.” 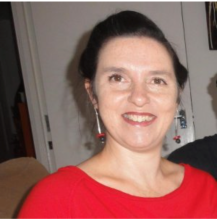 Mitzy is a Professor of Social Science and Global Health who has been working in HIV for over 25 years. Starting out in community-based organisations supporting people living with HIV, she then moved to the Department for Health, supporting quality improvement of HIV services across primary care in England. She completed her MSc in Reproductive and Sexual Health Research at LSHTM, shifting her focus from HIV advocacy and service delivery to research.

While working at the University of KwaZulu Natal in South Africa and subsequently the MRC Clinical Trials Unit at UCL, she was an investigator on a range of HIV prevention trials of vaginal microbicides, oral pre-exposure prophylaxis and HIV self-testing. She joined LSHTM in 2017 as Co-Director of the STRIVE Research Consortium, which delivered new evidence, together with a synthesis of existing evidence, on individual and interrelated structural drivers of HIV.

Currently, Mitzy Co-Leads the Sustainable Development Goals Health and Wellbeing (SDG-HaW) Research Consortium; is a Co-Investigator of the UPTAKE study; and is Co-PI on a UNAIDS grant to support the Myanmar Ministry of Health to develop a PrEP programme for people who inject drugs. She also works with colleagues on a number of health economic evaluations of HIV prevention interventions. 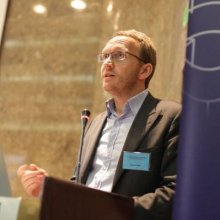 Brian is an Associate Professor of Disease Surveillance Methodology and an Epidemiologist with an interest in maximising the strategic potential of data routinely collected through surveillance and service delivery platforms.

Brian is Director of the Measurement and Surveillance of HIV Epidemics (MeSH) Consortium and the Co-Director of the SDG-HaW Research Consortium, collaborating with an array of partners in Southern Africa. His previous roles include HIV Epidemiologist at the Africa Centre for Health and Population Studies in South Africa, and Principal HIV Scientist at Public Health England.

Brian sits on a number of national and international panels and WHO advisory groups, focusing on maximising the potential of HIV data. He is also an advocate for social mobility within education, science and academia, and for the consideration of socioeconomic class in activities promoting equality and diversity.