The double crisis of antimicrobial resistance in humanitarian settings

26 April 2022 London School of Hygiene & Tropical Medicine London School of Hygiene & Tropical Medicine https://lshtm.ac.uk/themes/custom/lshtm/images/lshtm-logo-black.png
Meenakshi Gautham, Head of Economic, Social and Political Sciences at the AMR Centre, reflects on the current crisis in Ukraine and how humanitarian crises can compound the crisis of AMR. 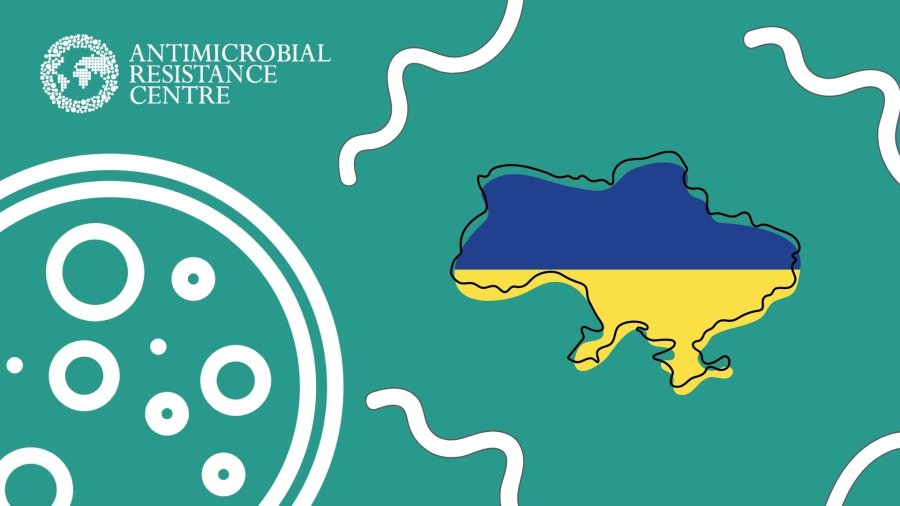 With Ukraine engulfed by an escalating war, we take this week to reflect on the consequences of armed conflict on public health and antimicrobial resistance (AMR) amongst populations at risk across the world.

International public health scientists have condemned this war and its devastating outcomes: non-combatant casualties and forcible migration of people; wanton destruction of health infrastructure; displacement of health workers and shortage of essential supplies including oxygen and medicines. Coming close in the wake of losses due to COVID-19, the social, economic and emotional impact of this war will be felt for many years.

Earlier too, scientists have responded to armed conflicts in other parts of the world, especially in the middle East. They have warned that armed conflicts are major ‘incubators and propagators’ of AMR as they lead to rapidly multiplying infections caused by explosion-related injuries, while depleting health infrastructure, staff and supply chains to deal with these infections.

AMR is already a crisis in low- and middle-income countries (including Ukraine) due to weak health systems and the high burden of infectious diseases.  Civil unrest and armed conflict can further accelerate the emergence and spread of AMR here, through overcrowding and poor infection prevention in hospitals, forcible population displacement, and breakdown of water and sanitation systems. Destruction of buildings can contaminate the environment with heavy metals, driving AMR.

The paucity of microbiological testing and lack of AMR data in conflict settings can constrain optimal antimicrobial therapy. Broken pharmaceutical supply chains and lack of essential medicines can lead to a rise in sub-standard or expired drugs and an increase in self-medication with sub-optimal therapies. Evidence from the Iraq war (2003) has linked the emergence of carbapenum resistant Acinetobactor baumanii with infections in patients with trauma-induced injuries.

In a recent commentary, international relief workers at Médecins Sans Frontières have called attention to this double crisis. They have described the plight of Rohingya refugees in cramped quarters in Bangladesh, war wounded victims from Yemen, Syria, and Iraq with high rates of chronic osteomyelitis caused by drug-resistant organisms, Libyan refugees in detention centres with high rates of tuberculosis, and children and neonates in Niger and DR Congo admitted in hospitals with high rates of multi-drug resistant sepsis.

Though data generation can hardly be a priority in conflict conditions, more research is needed to understand how armed conflict is contributing to the global burden of AMR and what can be done to mitigate the double crisis. A few small measures are underway: MSF has designed a Mini-Lab for diagnostics in low resource/emergency settings that can be operated by inexperienced technicians. UNDP, together with the Global Fund and UNHCR has developed a cross-border digital platform for recording and reporting TB cases among refugees and migrant populations. This is being tested with displaced populations in Afghanistan, Iran and Pakistan.

The world must unite in every way to stop war. Until then, the global scientific response to AMR cannot afford to neglect the needs of refugees of conflict wherever they may be in the world.