Statement on the fall of Roe v Wade 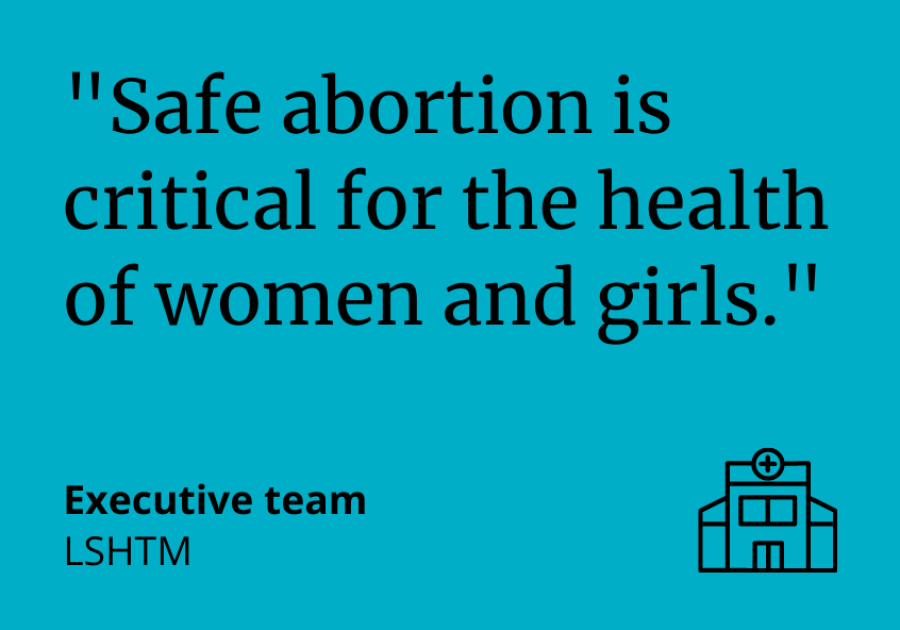 The recent decision of the US Supreme Court to overturn Roe v Wade ended the right to abortion for millions of US women and paved the way for states to ban the procedure.

The ruling drew warnings from public and global health communities. It came just months after the World Health Organization issued new guidelines on safe abortion care to help protect the health of women and girls.

In a statement, LSHTM’s Executive Team said: “We observe with great concern the developments in the US that remove reproductive rights. Safe abortion is critical for the health of women and girls.

“We support our staff who wish to demonstrate their opposition to such changes, for example by asking organisations that they collaborate with to avoid hosting events in, or engaging with, American states that legislate against reproductive rights, or by explicitly choosing not to attend such events.”

LSHTM is home to a wide range of researchers in sexual and reproductive health, including the Centre for Maternal, Adolescent, Reproductive, & Child Health (MARCH) which aims to improve the health of women, children and adolescents worldwide.

Experts also work on projects exploring social and environmental factors and public health policy relating to sexual and reproductive health, for example the SACHA Study which aims to ensure that new directions in abortion care are soundly based on robust empirical evidence. Writing in the BMJ recently, LSHTM researcher Maria Lewandowska described the fall of Roe v Wade as an assault of human rights and a public health crisis.

Prescribing the abortion pill without restrictions is safe and effective, new study suggests
New study shows that women who accessed abortion during the pandemic overwhelmingly support at-home abortion
The SACHA Study - shaping abortion for change
Community-based interventions to prevent violence against women and girls are cost-effective and could improve population health
Learn More