Prescribing the abortion pill without restrictions is safe and effective, new study suggests 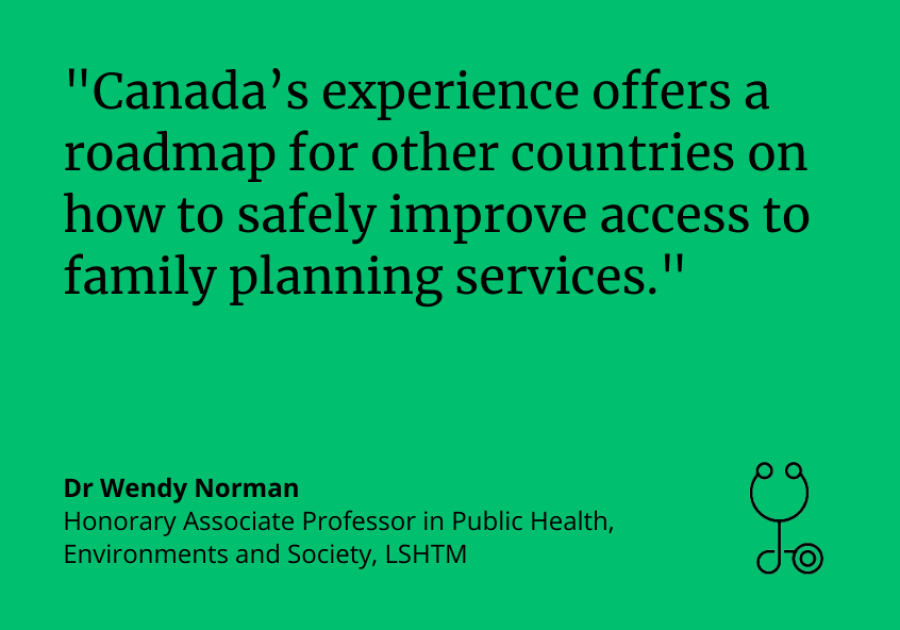 Abortion remains safe after Canada removed restrictions on the medical abortion pill mifepristone in November 2017, according to findings from a study published in the New England Journal of Medicine.

The study used comprehensive government health data to examine 315,000 abortions in Ontario between 2012 and 2020. An analysis showed no increase in abortion-related health complications following the removal of restrictions on mifepristone, which is considered the "gold standard" drug for medical abortion globally.

Canada was the first country in the world to remove all supplemental restrictions on the dispensing and administration of mifepristone.

The previous rules, which went into place when the drug was first approved in July 2015, included a requirement that doctors observe patients taking the medication. Additionally, the drug could only be dispensed to patients by specially trained doctors who registered with the manufacturer, and not by pharmacists.

Many of the restrictions that Canada removed are still mandated by countries around the world, including the US

Senior author Professor Wendy Norman, Honorary Associate Professor in Public Health, Environments and Society at the London School of Hygiene & Tropical Medicine and Professor at the University of British Columbia (UBC), said: “Our study is a signal to other countries that restrictions are not necessary to ensure patient safety.

“There is no scientific justification for mifepristone restrictions, which only make it harder for people to access the care they need. Canada’s experience offers a roadmap for other countries on how to safely improve access to family planning services.”

Dr Laura Schummers, the study’s lead author and a postdoctoral fellow in UBC’s department of family practice, said: “Complications were already very rare, and we found that abortion continued to be safe and effective when mifepristone was prescribed without restrictions.

“This is the strongest evidence yet that it is safe to provide the abortion pill like most other prescriptions—meaning any doctor or nurse practitioner can prescribe, any pharmacist can dispense, and patients can take the pills if, when and where they choose.”

At the same time, the overall abortion rate continued to decline after restrictions were removed, decreasing from 11.9 to 11.3 abortions per 1,000 female residents aged 15-49 years.

Study co-author Dr Sheila Dunn, scientist and family physician at Women’s College Hospital in Toronto, said: “We saw that patients and their health care providers rapidly began choosing medical abortion, which can sometimes be preferred over surgical methods by offering care closer to home and earlier in pregnancy.

“As other studies have shown, making abortion more accessible does not increase the number of people seeking abortion. We found that abortion rates continued to decrease after mifepristone’s availability as a normal prescription.”

By linking and analysing government health data on a secure data platform at ICES, a not-for-profit research institute in Ontario, the researchers produced a complete picture of abortion health outcomes that they say provides the best data available on abortion safety.

Co-author Dr Elizabeth Darling, assistant dean of midwifery and associate professor at McMaster University, and an ICES scientist, said: “We were able to complete a robust safety profile for the entire province by linking together health records from all practitioner visits, hospital visits and outpatient prescriptions.

“This paints the most comprehensive picture of abortion safety to date, capturing any setting where a complication would present. It demonstrates very clearly that restrictions on the abortion pill are not necessary for safety.”

The authors acknowledge limitations of the study including the fact that for a period from January to August 2017, the prescription database only captured mifepristone prescriptions among patients with income-based prescription subsidies and those under 25 years of age. These factors may have contributed to an underestimation of early mifepristone uptake but this was mitigated by other data to identify medical abortions, along with exclusion of those months from the time-series analysis.