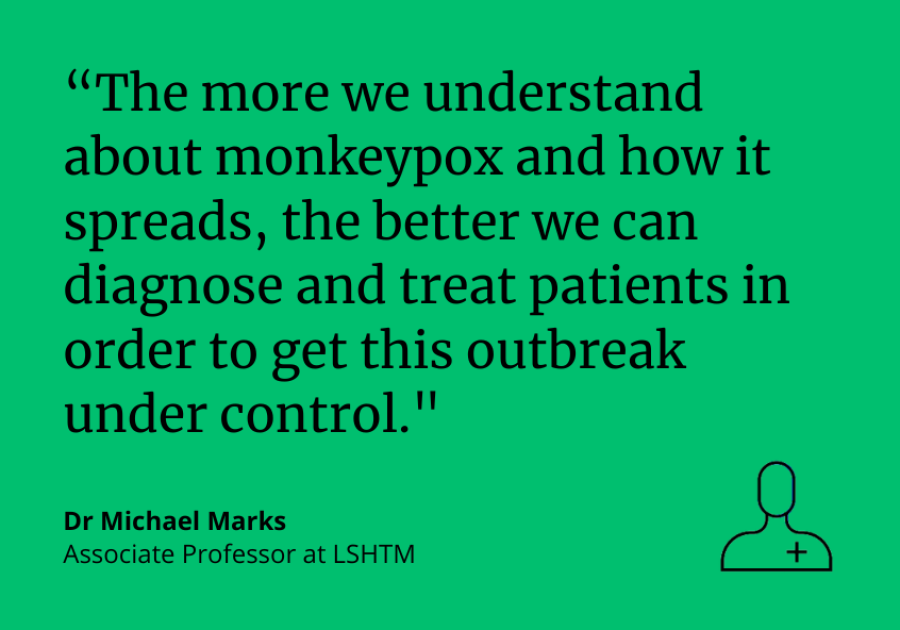 Skin-to-skin contact during sexual intercourse is the main cause of transmission of monkeypox, above airborne transmission, showed a new study published in The Lancet.

This study, which is the most extensive on monkeypox carried out to date, indicates that infection can frequently present with atypical symptoms and complications compared to previous epidemics or cases in endemic areas. The researchers emphasise that this should be taken into account by medical professionals when diagnosing suspected cases, particularly in areas of high transmission or potential exposure.

To date, the current outbreak which began in May 2022 is still ongoing in 27 countries, resulting in over 25,864 confirmed cases in countries that have not historically reported monkeypox. Spain is the most affected country in the European Union/European Economic Area, with 4,298 diagnosed cases as of 1 August 2022.

The team examined 181 confirmed cases of monkeypox from three hospitals in the most affected areas of Spain – Madrid and Barcelona. Of these, 174 were men, 166 of whom identify as men who have sex with men.

All of the patients had skin lesions, with 78% in the region of the anus and genital tract, and 43% in the perioral region, the area around the mouth. 45 of patients had proctitis (an inflammation of the lining of the rectum), 19 had tonsilitis, 15 had penile inflammation and 6 had abscesses.

Dr Michael Marks, Associate Professor at LSHTM, said: “The more we understand about the monkeypox virus and how it spreads, the better we can diagnose and treat patients in order to get this outbreak under control. One striking finding was that the viral load – the amount of virus present – was more than 1000 times higher in skin lesions than in lesions in the throat.

“This, combined with the correlation between sexual contact type and location of lesions, suggests that transmission is most likely to have occurred by direct close contact during sex rather than through respiratory droplets. This points to an increased risk of disease spread through sexual networks.

Further research is required to find out if respiratory transmission earlier in the illness could be occurring in order to guide and inform policymakers about potential intervention strategies, such as home isolation for infected individuals.

The average duration of the incubation period of the disease was observed to be 7 days. This is a relatively short period, and suggests that receiving a vaccination prior to exposure in high risk groups is likely to be more effective for controlling the outbreak than vaccinating after exposure.

Dr Marks added: “We now need to see how the viral load caries over time during the infection. For example, whether the amount of virus in the throat is highest during early stages of illness, which could indicate how the risk of transmission may vary over the course of infection.”