Monkeypox - here's what you need to know

London School of Hygiene & Tropical Medicine https://lshtm.ac.uk/themes/custom/lshtm/images/lshtm-logo-black.png Monday 30 May 2022
Amid the current outbreak of monkeypox, infectious disease expert Professor Jimmy Whitworth breaks down the key facts about the disease. 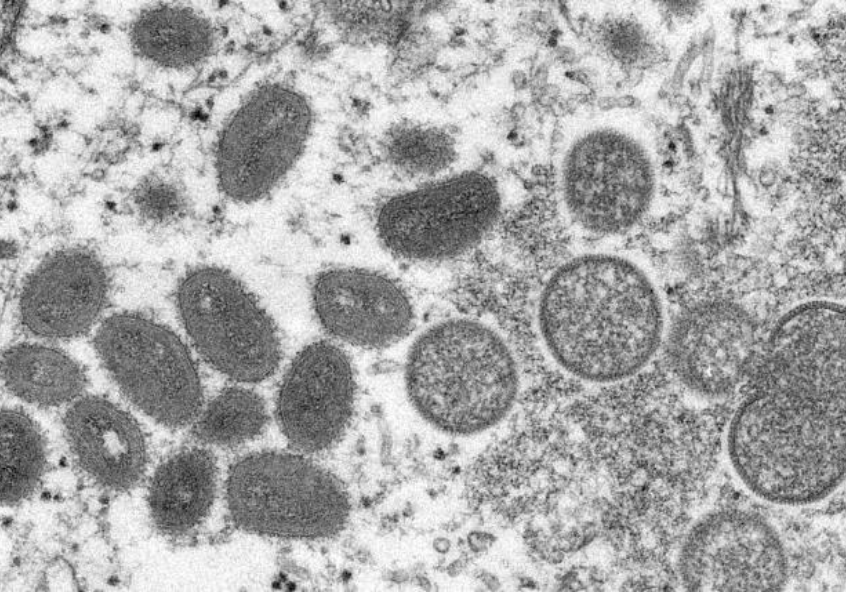 Monkeypox is a viral infection, caused by an orthopox DNA virus, most closely related to smallpox. It occurs naturally in central and west Africa.

2) What are the symptoms? How long does it last? Do you make a full recovery?

It usually starts with fever and headache. People feel lethargic and miserable. Later they can develop swollen lymph glands and a rash may occur anywhere on the body, usually in the form of pustules, which then scab and eventually fall off. Illness usually lasts for a week or two and the vast majority of people recover fully. In the current outbreak some people have had few or no symptoms other than developing a few pustules, often limited to the genital region.

5) Why is it called monkeypox?

Because it was first isolated in monkeys in a laboratory in Europe. This is a misleading name as monkeys do not play a significant role in monkeypox infection in nature.

6) Who is most affected?

Anybody who comes into contact with an infected animal or person is at risk of infection.

8) Where is it commonly found? Has it ever been in the UK before?

9) Should we be worried about a monkeypox pandemic?

No, it is not very infectious from person to person and has a fairly long incubation period (1-3 weeks). Therefore, good public health measures such as community engagement, case identification, isolation and treatment, and monitoring of contacts with consideration of vaccination for those at high risk of exposure should be enough to control this epidemic, although this may take some time with further cases being identified in the meantime.

10) Have you ever seen anyone infected with monkeypox?

No. It is a rare disease, normally only seen in Nigeria, Cameroun, Central African Republic and Democratic Republic of the Congo.

11) How long has monkeypox been around? What has caused this outbreak?

Monkeypox was first diagnosed in a child in the Democratic Republic of Congo in 1970. It was first seen outside Africa in 2003. It is likely that this current outbreak was probably started by a traveler incubating the disease travelling out of Africa.

Most people will recover without any specific treatment, while isolating at home. A few people require supportive treatment in hospital, including pain relief, and some antiviral drugs show promise for treatment of severe cases. Smallpox vaccine can be effective in preventing infection in close contacts as long as it is given within a few days of infection.

13) What is the difference between monkeypox and smallpox?

Monkeypox causes a milder disease than smallpox, with a much lower mortality rate.

14) Smallpox was eradicated, why can’t we eradicate monkeypox?

Smallpox had its main reservoir in humans, while for monkeypox this is in wild animals. That makes it very much harder to find all cases and vaccinate their contacts, as was done for smallpox.

They are caused by unrelated viruses that both result in similar skin rashes. Chickenpox causes a milder illness than monkeypox. It usually infects children, while monkeypox also affects adults. Chickenpox can persist in the body and cause shingles (Herpes zoster) in later life.

16) Is there any link between COVID-19 and monkeypox?

No, apart from both being viruses.

This is not very likely, as monkeypox, being a DNA virus (a virus containing of double-stranded DNA, or genetic information), has a much lower mutation rate than COVID-19, which is an RNA virus (a virus containing single-stranded genetic code, RNA). Unlike DNA, RNA does not have a built-in ‘proof reader’ to ensure the code is correct, so is prone to mutation errors which can lead to new variants arising.

18) Is there a risk of transmitting monkeypox to our pets?

There is a theoretical risk of humans passing the infection on to other animals, so the best advice is to keep away from your pets, or minimise contact, if you could possibly be infected as a precaution. In nature, humans get infected by contact with a range of small wild mammals, including squirrels and rodents. We do not yet know fully which species of animals might be susceptible to infection and able to pass it on to other animals, including humans. This is an topic for urgent research.

19) Has the world been taken by surprise by this outbreak? What steps have been put in place to prepare for and respond to this outbreak?

An outbreak of monkeypox has never been seen outside Africa which has been so extensive and widespread. So yes, it was surprising. Public health services have established surveillance and detection systems in order to be able to identify and respond to outbreaks and epidemics of all sorts.

20) Why is this epidemic mostly affecting gay men, bisexual men and men who have sex with men?

Anyone with close exposure to monkeypox virus can become infected. By chance the virus infected members of the gay community and, as would happen in any close-knit group, has been transmitted widely throughout that community, potentially though superspreading events. Men who have sex with men are not more vulnerable to this infection, the virus is unable to tell someone’s sexual orientation.

21) What are the next steps to prevent future outbreaks and prepare the world against pandemics?

Surveillance and detection systems need to be strengthened around the world, as infectious disease can easily spread from one country to another. Global cooperation is needed to share information fully and promptly, and to ensure the responses in low resourced countries can be bolstered.

22) On 23 July 2022, the World Health Organization declared the monkeypox outbreak a Public Health Emergency of International Concern (PHEIC). What does this mean for the general population, and the at-risk community, and what do you hope to see as a result?

It is hoped that the declaration of a PHEIC will increase international co-ordination, galvanise the public health response, and raise awareness of the disease amongst health workers and the communities at risk. For control measures to be successful, there is a need to reduce stigma and discrimination around the world about the disease and the communities at risk. This declaration should increase research efforts, in particular to better understand mechanisms of transmission, improve access to rapid diagnostic tests and establish the effectiveness of antiviral drugs and vaccines. This is an important opportunity to increase capacity in west and central Africa for surveillance and response to monkeypox and other disease of epidemic potential. Supplies of vaccines need to be expanded, ensuring they are distributed equitably.