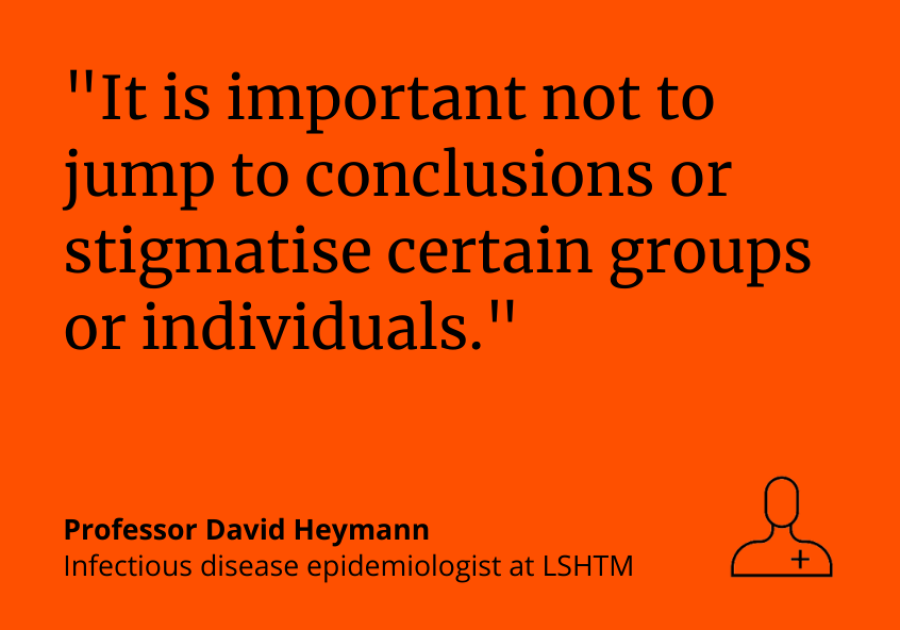 “Increased human transmission is a common outcome of many emerging and re-emerging infections – they are amplified, or increased, in transmission, often by people’s actions or factors which make conditions more favourable for infection to spread.

“Several years ago, experts from Nigeria noted that some people with monkeypox infection had open sores in the genital region but there was no evidence that monkeypox had been transmitted by sexual contact. In fact, in Nigeria monkeypox does not appear to be transmitted by person to person contact – many cases appear to have occurred through the virus jumping from animal hosts to people living in areas where monkeypox is present.

“One of the hypotheses about the apparent human to human transmission of monkeypox outside Africa today is that the outbreak is being caused by physical contact with open sores that are in the genital area, and that international gatherings where this type of behaviour occurred with infected people carrying infection to their home country has led to global spread. This hypothesis is not proven and is being studied by genetic sequencing and other epidemiological methods.

“It is important not to jump to conclusions or stigmatise certain groups or individuals. Although the overall risk appears to be small, everyone should remain vigilant as public health agencies work to contain this outbreak because monkeypox has the potential to affect anyone exposed with close contact to someone who has the infection.”