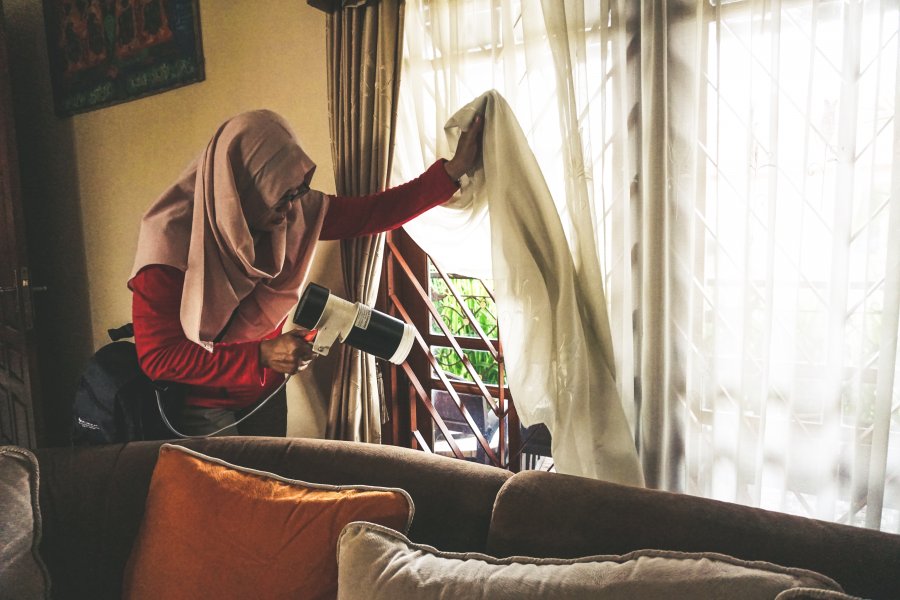 ­Introducing mosquitoes infected with the Wolbachia bacteria to parts of an Indonesian city reduced the incidence of dengue by 77% and cases of the disease requiring treatment in hospital by 86%, according to a study published in the New England Journal of Medicine.

The randomised controlled trial, ‘Applying Wolbachia to Eliminate Dengue (AWED)’, was conducted by the World Mosquito Program from Monash University with its Indonesia partners Universitas Gadjah Mada and donors the Tahija Foundation. It aimed to test whether the introduction of Wolbachia (wMel) into the local Aedes aegypti mosquito population through the release of Wolbachia-infected mosquitoes would reduce the incidence of virologically-confirmed dengue among 3-to-45 year olds living in Yogyakarta, Indonesia.

In the five years prior to the AWED trial, more than 4,500 hospitalised dengue patients were notified to the Yogyakarta District Health Office. However, this underestimates the true burden of dengue to the healthcare system and society. Economic studies have estimated that there were on average 14,000 dengue cases including 2,000 hospitalisations in Yogyakarta each year prior to Wolbachia.

The trial enrolled 8,144 participants who attended primary care clinics with acute undifferentiated fever lasting between 1 and 4 days. A case test-negative design was used to measure the efficacy of wMel in reducing the incidence of virologically-confirmed dengue cases over a 27-month period.

More than three years after completion of mosquito releases, Wolbachia remains at a very high level in the local mosquito population. Since the trial, the Wolbachia method has been implemented across the entire city of Yogyakarta and releases have begun into neighbouring districts, to cover a population of 2.5 million people.

Co-Principal Investigator of the trial, Professor Adi Utarini from Universitas Gadjah Mada, said: “This is a great success for the people of Yogyakarta. Indonesia has more than 7 million dengue cases every year. The trial success allows us to expand our work across the entire city of Yogyakarta and into neighbouring urban areas. We think there is a possible future where residents of Indonesian cities can live free of dengue.”

Co-Principal Investigator, Professor Cameron Simmons from Monash University, said: “This trial result shows the significant impact the Wolbachia method can have in reducing dengue in urban populations. This result demonstrates what an exciting breakthrough Wolbachia can be - a safe, durable and efficacious new product class for dengue control is just what the global community needs.”

Professor Nicholas Jewell, Professor of Biostatistics and Epidemiology at the London School of Hygiene & Tropical Medicine, was the study statistician on the trial. He said: “The results of the AWED trial are extremely exciting in that the high level of effectiveness raises the potential for eradication of dengue in Yogyakarta and, at the same time, provides a template for the design of similar studies aimed at reducing vector-borne diseases. This study has paved the way for further advances.”

World Mosquito Program Director Professor Scott O’Neill said: “We have evidence our Wolbachia method is safe, sustainable and dramatically reduces incidence of dengue. It gives us great confidence in the positive impact this method will have worldwide when provided to communities at risk of these mosquito-transmitted diseases.”

WMP’s Director of Impact Assessment Dr Katie Anders said: “There have been very few randomised trials of interventions against the dengue mosquito. These trial results from Yogyakarta show conclusively that Wolbachia works to reduce dengue incidence and dengue hospitalisations. This is consistent with what we have seen from previous non-randomised studies in Indonesia and northern Australia, and with epidemiological modelling predictions of a substantial reduction in dengue disease burden following Wolbachia deployments.”

The potential for Wolbachia to be deployed across communities worldwide has been acknowledged by the World Health Organization, whose Vector Control Advisory Group declared “Wolbachia demonstrates public health value against dengue” in the report of their 14th Meeting in December 2020.