Professor
of Biostatistics and Epidemiology

Nicholas P. Jewell is Chair of Biostatistics and Epidemiology at the London School of Hygiene and Tropical Medicine. Previously he was Professor of Biostatistics and Statistics at the University of California, Berkeley (1981-2018) where he was Vice Provost for six years. He received the 2013 UC Berkeley Faculty Senate Award for distinguished service to the Berkeley campus, and, in 2018, the Berkeley Citation awarded to distinguished individuals whose contributions to UC Berkeley go beyond the call of duty and whose achievements exceed the standards of excellence in their fields.

Jewell received an Honours degree in Applied Mathematics, and a PhD in Mathematics, both from the University of Edinburgh. He was awarded a 1976-1978 Harkness Fellowship. He then served as a Research Fellow at Edinburgh, and as Assistant Professor of Statistics at Princeton University (1979-82). He has also held visiting appointments at Oxford University, the Karolinska Institutet, and the University of Kyoto.

Jewell was elected to the National Academy of Medicine in 2017. He is a Fellow of the American Statistical Association, the Institute of Mathematical Statistics, and the American Association for the Advancement of Science. In 2000, he was awarded the Director's Award from the Federal Emergency Management Agency for "extraordinary leadership and vision in implementing strategies that enhance the disaster resistance of the University of California, Berkeley, and universities throughout America”. He received the 2005 Snedecor Award, the Harvard University 2012 Marvin Zelen Leadership Award in Statistical Science, and the 2018 Cupples Award for Excellence in Teaching, Research, and Service in Biostatistics from Boston University.

Faculty of Epidemiology and Population Health
Department of Medical Statistics

Jewell is Module Organizer for Advanced Statistical Modelling (ASM) and also teaches in the Statistics for Health Data Science.

Jewell has published over 200 articles in statistics, mathematics, epidemiology, medicine, and history. He is the author of Statistics in Epidemiology. His book, Causal Inference in Statistics: A Primer, with Judea Pearl and Madelyn Glymour, appeared in 2016. He was the 2018 Bradford Hill Lecturer at LSHTM, and the 2019 Greenberg Lecturer at The University of North Carolina. 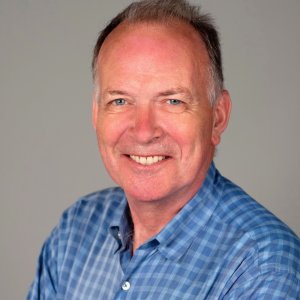