26 August 2020 London School of Hygiene & Tropical Medicine London School of Hygiene & Tropical Medicine https://lshtm.ac.uk/themes/custom/lshtm/images/lshtm-logo-black.png
The first ever gold-standard trial to successfully target the Aedes aegypti mosquito and reduce dengue cases has been undertaken by The World Mosquito Program (WMP) of Monash University, and its Indonesian partners the Tahija Foundation and Universitas Gadjah Mada. 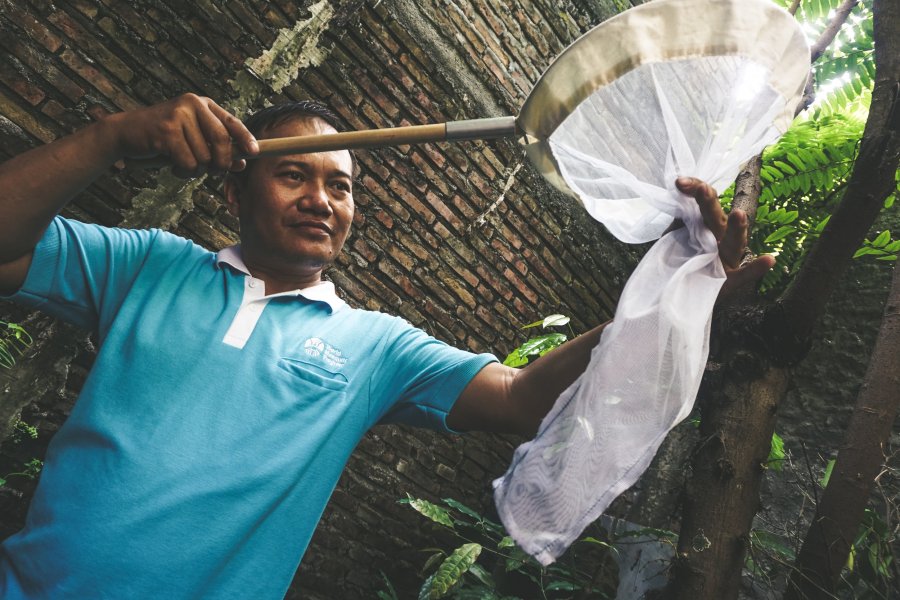 Professor Nicholas Jewell from the London School of Hygiene & Tropical Medicine was the study statistician on the trial, having conceived of the design, statistical methods, and ultimate data analysis.

The three-year cluster randomised controlled trial tested whether infecting mosquitoes with the wMel strain of Wolbachia would reduce the incidence of virologically-confirmed dengue amongst 3 to 45yr olds living in Yogyakarta, an area with a population of 312,000. It showed a 77% reduction in the incidence of virologically-confirmed dengue in Wolbachia-treated areas of Yogyakarta, Indonesia, compared to untreated areas.

More than two years after completion of mosquito releases, Wolbachia has persisted at a very high level in the local mosquito population.

WMP Indonesia Principal Investigator, Prof. Adi Utarini from Universitas Gadjah Mada, said: “This exciting result of the trial is a great success for the people of Yogyakarta. Indonesia has seven million dengue cases every year. This trial result shows the significant impact the Wolbachia method can have in reducing dengue in urban populations.”

Nicholas Jewell, Professor of Biostatistics and Epidemiology at the London School of Hygiene & Tropical Medicine, said: "The results are compelling. Doubly exciting is that the trial design used here provides a template that other candidate interventions can follow."

The trial enrolled 8,144 participants aged 3 to 45yrs who presented to one of 18 primary care clinics with acute undifferentiated fever of between 1 to 4 days duration. The study design compared the frequency of all dengue cases in the Wolbachia areas of the city to that for the control illnesses to measure the efficacy of wMel in reducing the incidence of virologically-confirmed dengue cases over a 27-month period.

Wolbachia deployments were well-accepted by the community and there have been no safety concerns. This trial is the culmination of a decade of laboratory and field studies, beginning first in Australia and then expanding to 11 dengue endemic countries.

World Mosquito Program Director, Scott O’Neill said, “This is the result we’ve been waiting for. We have evidence our Wolbachia method is safe, sustainable and reduces incidence of dengue. Now we can scale this intervention across cities. It gives us great confidence for how we can scale this work worldwide across large urban populations.”

Detailed results of the trial will be presented at an international scientific congress in November 2020 and published in a peer-reviewed journal.

Wolbachia - has the world a new weapon to fight dengue fever?
Diverse novel Wolbachia strains could lead to the reduction in the transmission of malaria
Learn More