Vulnerable newborns being separated from their mothers in COVID-19 pandemic 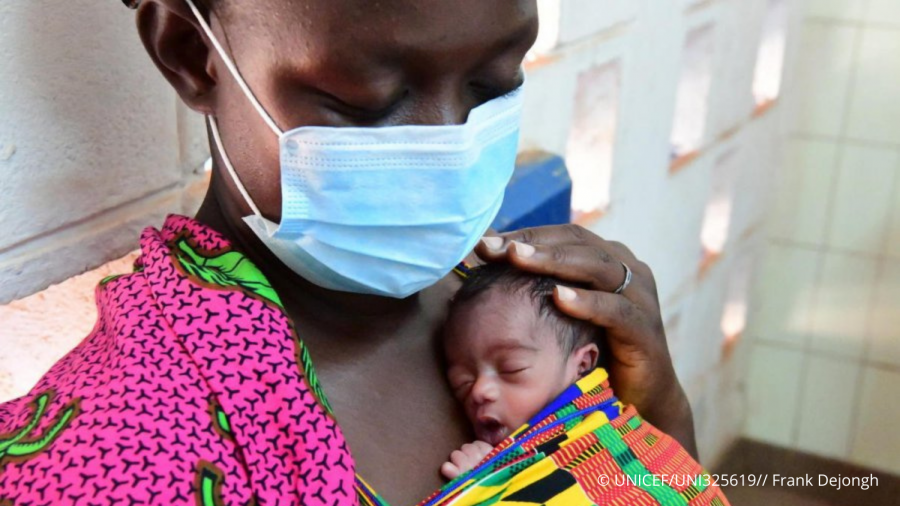 The COVID-19 pandemic is affecting the quality of care given to small and sick newborn babies in all regions of the world and threatening implementation of life-saving interventions, suggests new research published in BMJ Global Health.

The study is the first published survey to focus on small and sick newborns during the pandemic. It was conducted by a global collaboration, facilitated by the London School of Hygiene & Tropical Medicine (LSHTM) St. John's Medical College, Bangalore, India and NEST360.

Through an online questionnaire, the research team surveyed thousands of neonatal healthcare providers from 62 countries around the world, collecting data on the effect of the pandemic on newborn care. Africa and Asia had the largest numbers of respondents (>76%).

More than 85% of surveyed respondents reported ‘fearing for their own health’, with PPE shortages, stress and safety concerns among the issues reported. In some hospitals, they reported vital resources including staff and equipment, notably oxygen supplies, being moved from newborn wards to COVID-19 care wards.

A crucial finding was that two-thirds of health workers wouldn't support Kangaroo Mother Care (KMC), a life-saving technique involving early, prolonged skin-to-skin contact for preterm babies and exclusive breastfeeding, for mothers having a positive or unknown COVID-19 test status. Instead, these newborns are separated from their mothers and are at increased risk of death.

The importance of this finding is reinforced by new research published in EClinicalMedicine. Conducted by a global collaboration led by the World Health Organization with LSHTM and the University of California San Francisco (UCSF), which undertook analyses for 127 countries, the study estimated that if universal coverage of KMC was achieved, more than 125,000 newborn lives would be saved. Conversely, the risk of newborns catching COVID and dying would result in fewer than 2,000 deaths. Together, this shows at least a 65-fold increase in the risk of death by not doing KMC.

Professor Suman Rao, from St. John's Medical College, Bangalore, India, and a lead author on both studies, said: “Kangaroo Mother Care is one of our most cost-effective ways to protect small and sick newborns. Now it is more critical than ever to ensure mothers are supported to do KMC and that healthcare professionals feel safe and comfortable to support in the delivery. Our data show huge promise for many lives saved with universal KMC, so it's vital that we use this opportunity to strengthen care now and build back better after the pandemic."

Newborns are the most vulnerable citizens worldwide. Each year 2.5 million newborns die within 28 days of their birthday, and more than 80% of these are low birth weight. Despite this, small and sick newborns haven’t been considered in global assessments of pandemic-related disruptions.

A total of 1,120 participants responded to the survey, designed by a multidisciplinary team. Healthcare workers reported higher than usual stress levels with 85% fearing for their own health. More than 70% of respondents reported shortages in eye shields and high-quality face masks and less than one-fifth of healthcare providers felt confident about guidelines for treating newborns of COVID-19 infected mothers.

Lack of SARS-CoV-2 testing was flagged as a major challenge by many of the respondents. Only one-third of the respondents reported that testing was routinely available for pregnant women admitted for delivery (36.2%), and those with symptoms or contact history (30.7%). Testing of pregnant women admitted for delivery was reported as unavailable by 21.9% of respondents from Africa.

Dr Queen Dube, co-author, Paediatrician and Director of Health Services, Malawi, said: “COVID-19 has had a devastating toll on our small and sick newborns across Africa. In Malawi we’ve been seeing this on the front-line - overstretched stressed staff, equipment and oxygen supplies being moved to other areas managing COVID-19 patients. It’s heart-breaking yet we can do more to protect mothers and babies. We are seeing excellent innovations daily. Through clever engineering and agile turnarounds, NEST360 in Malawi was able to develop and make PPE. Now is the time to use learnings to strengthen health systems and radically improve care for 15 million newborns born too soon worldwide every year.”

Reductions in hospital births and neonatal admissions were reported in all regions in addition to compromised newborn care due to women fearing to come to hospital, reallocation of personnel and/or equipment from newborn units. Those who did enter hospital for birth and newborn care were likely to request early discharge and not request newborn follow-up care. Of great concern are reports of oxygen supply reallocation from newborns and delays treating babies until a COVID-19 result had been received.

Professor Joy Lawn from LSHTM, as well as NEST360, and senior author on both papers said: “Our findings show how COVID-19 is disrupting care for small and sick newborns across the globe. Newborns can die in minutes and are the most vulnerable, even more so in a pandemic.

Policymakers can and must protect newborn health services, ensuring evidence-based practices for all, including women who are SARS-CoV-2-positive. Healthcare workers around the world are doing outstanding work despite challenging circumstances, and vaccines to protect them are urgently required. Data and rapid implementation research must be part of driving action. We could see reversals for hard-earned gains in newborn survival if we don’t act now.”

The authors acknowledge limitations, including that the online survey was only available in three languages, which could have affected the representativeness of respondents in some regions, as well as those working in extremely rural and remote areas where internet access is limited.

This survey stemmed from a partnership of newborn researchers globally, led by WHO and LSHTM with LSHTM MRC Uganda, LSHTM MRC The Gambia, UCL, UCSF, and NEST360.

These researchers are funded though the Bill & Melinda Gates Foundation, MRC-UK, NIHR, Human Development of the National Institutes of Health, and the NEST360 consortium of funders.

One stillbirth occurs every 16 seconds, according to first ever joint UN estimates
Nepal lockdown halved health facility births and increased stillbirths and newborn deaths
Attention shifts away from women as soon as they give birth
1 in 7 babies worldwide born with a low birthweight
£50m partnership to reduce hundreds of thousands of preventable newborn deaths in Africa
MARCH Centre
Learn More