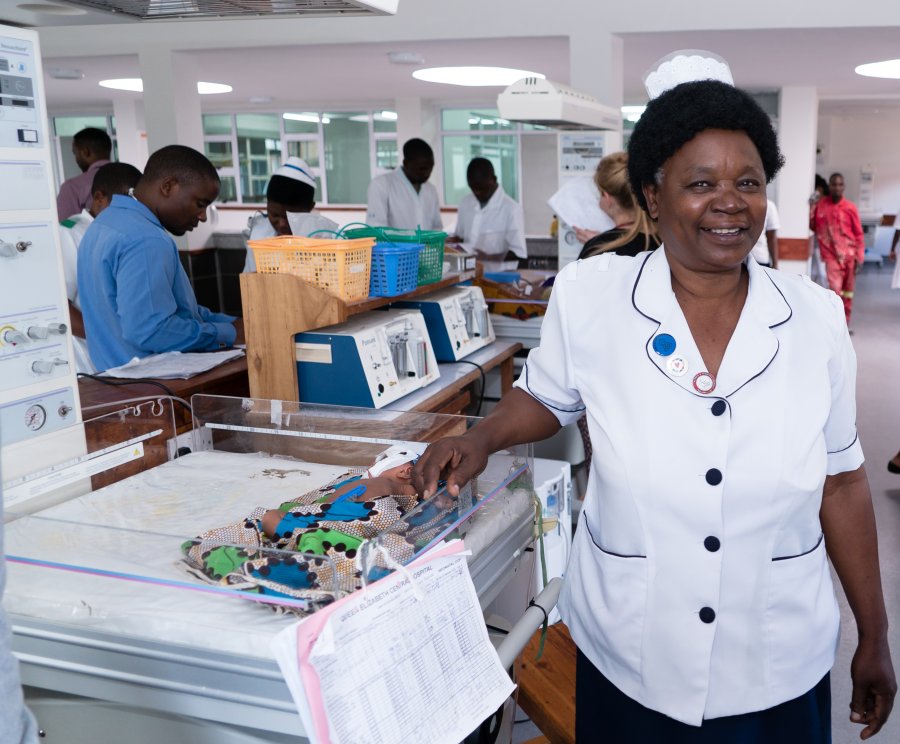 Hundreds of thousands of babies could be saved through a major new global health consortium launched this week, which aims to close the newborn care gap in hospitals across Africa.

Worldwide, almost half of childhood deaths occur in newborns (the first four weeks of life), totalling 2.5 million each year, with the highest risks and slowest progress in Africa. Currently, it will be more than a century until African newborns have the same survival chance as a baby born in the UK.

NEST360° is a new multi-organisation partnership including the London School of Hygiene & Tropical Medicine (LSHTM), Rice University's Rice 360° Institute for Global Health in the US, and the Malawi College of Medicine, as well as leading institutions across Africa. Initially focusing on Malawi, Kenya, Nigeria and Tanzania, the partnership will make a lasting impact, working closely with governments, local healthworkers and universities.

Currently, around 28 in every 1,000 babies in Sub-Saharan Africa die in the first month of life. The NEST360° initiative will support the United Nation’s target of halving this number by 2030.

Most newborn deaths could be prevented by ensuring effective use of lifesaving medical technologies. NEST (Newborn Essential Solutions and Technologies) is a bundle of affordable medical devices and diagnostics. NEST devices are selected to address problems that kill newborns, like breathing difficulties, infection, jaundice and hypothermia. These issues especially affect the most vulnerable babies who are born prematurely.

Newborn care units in Africa often rely on a random selection of donated medical equipment, not designed for heat, humidity, and electrical surges, resulting in “equipment graveyards.” By delivering one device or one training session at time the problem is perpetuated. Transforming progress in a sustainable way requires a bundle of devices, integrated training for clinicians and biomedical engineers, and locally-owned data to drive quality of care.

Joy Lawn, Professor of Maternal, Reproductive and Child Health at the London School of Hygiene & Tropical Medicine and NEST360° co-founder, said, “Every year more than one million African parents experience the death of their newborn baby. LSHTM catalysed the United Nation's global target to end these preventable deaths by 2030 - just 10 years from now. Most African countries need to more than double the rate of progress to meet that target.

“NEST360 is the best chance yet to transform this trajectory through a package of innovative, robust technologies and integrated implementation. As someone who was nearly a newborn death in rural Africa myself, I am delighted to be part of this NEST360 team led by women engineers and scientists across Africa.”

Professor Rebecca Richards-Kortum of Rice University and NEST360° co-founder said: “Today, most women in Africa deliver their babies in health facilities, but clinicians working in those facilities do not have the technology they need to care for small and sick babies. The NEST team will work together to identify high-quality, affordable technologies to fill this gap. Where needed, NEST engineers in the U.S. and Africa will work together to develop new technologies to save newborn lives. And we will partner with educational institutions and the private sector to scale up what works best. History shows that saving newborns is perhaps the most powerful key to initiating economic development in poor nations.”

NEST360° was originally born out of Malawi, working with governments, doctors and nurses in the country.

Dr. Queen Dube, a clinical paediatric specialist from the Malawi College of Medicine, said: "Newborn mortality cannot be tackled piecemeal. It does no good to offer supportive breathing to a baby that is too cold or suffering from untreated jaundice. And it does little good to provide technology to a hospital that cannot repair or properly use it. The solution to newborn mortality is more than affordable, repairable technologies, it is the financing and distribution systems to get them into hospitals and the education and training to use them to maximum effect."

Professor Theresa Mkandawire of the University of Malawi Polytechnic and NEST360° co-founder said: “A pipeline of clinical and technical innovators is essential to create the ecosystem needed to sustain NEST beyond the 10-year window of this program. In four years, our pre-service and in-service training programs will reach more than 2,000 biomedical technicians and engineers and more than 17,000 clinicians. We'll scale that to 100,000 trainees in Phase 2, creating an 'innovation ecosystem' that's shaped by local needs, driven by local entrepreneurs and prepared to solve Africa's next health care challenges."