1 in 7 babies worldwide born with a low birthweight 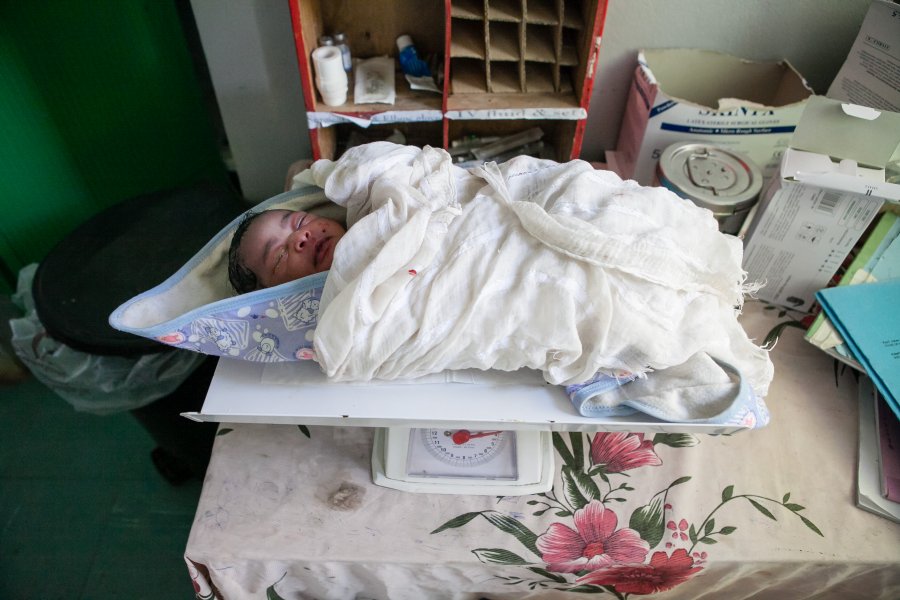 More than 20 million babies were born with a low birthweight (less than 2500g; 5.5 pounds) with almost three-quarters born in Southern Asia and sub-Saharan Africa, where data are most limited, according to new research published in the Lancet Global Health.

The study was led by the London School of Hygiene & Tropical Medicine (LSHTM) with partners the World Health Organization and UNICEF. 148 countries and 281 million births were included in the analysis which showed that the problem of low birthweight also remains substantial in high-income countries in Europe, North America, and Australia and New Zealand, where virtually no progress in reducing low birthweight rates has been made since 2000.

Low birthweight is probably the single piece of information that most predicts health through the whole life course, including death. More than 80% of the world’s 2.5 million newborns who die every year are low birthweight because they are born preterm and/or small for gestational age. Low birthweight babies who survive have a greater risk of stunting and poor development as well as ill health later in life, including chronic conditions such as diabetes and cardiovascular disease.

However, the study indicates that at the current rate of progress—with a 1.2% yearly decline in low birthweight rates between 2000 and 2015—the world will fall short of the annual reduction rate of 2.7% required to meet the WHO target of a 30% reduction in prevalence between 2012 and 2025.

Low birthweight is due to being born too soon (preterm or before 37 weeks of pregnancy) or too small (growth restricted in utero) or both.  Underlying causes include maternal age, both adolescents and older women, infections, obesity or undernutrition, smoking and environmental exposures, as well as multiple pregnancies and non medically indicated Caesarean sections.

Lead author Dr Hannah Blencowe from LSHTM said: “Despite clear commitments, our estimates indicate that national governments are doing too little to reduce low birthweight. We have seen very little change over 15 years, even in high-income settings where low birthweight is often due to prematurity as a result of high maternal age, smoking, caesarean sections not medically indicated and fertility treatments that increase the risk of multiple births. These are the underlying issues that governments in high-income countries should be tackling. To meet the global nutrition target of a 30% reduction in low birthweight by 2025 will require more than doubling the pace of progress.”

In the study, the researchers performed a comprehensive search of the available data from national government databases and national surveys to estimate prevalence and track trends on low birthweight for livebirths in 148 countries from 2000 to 2015. In total, data were collated from over 281 million births. However, the authors note that 47 countries (including 40 low- and middle-income countries that account for almost quarter of all births worldwide) had insufficient data available.

High-income countries in North America, Europe, and Australia and New Zealand are some of the slowest progressing, with an average regional reduction in prevalence of 0.01% per year and a consistent regional rate of low birthweight of 7% per year between 2000 and 2015.

Senior author Professor Joy Lawn from LSHTM said: “These first ever national and global trends for low birthweight rates are a wake-up call to governments, UN and all partners to address three crucial gaps. Firstly, the gap in care to support those 20.5 million small babies. Secondly, the prevention gap, to meet the Global Goal and to reduce low birthweight rates. Thirdly, the data gap, to ensure that all babies are weighed at birth and that that data is entered into the system.

“From LSHTM, we thank WHO and UNICEF for the partnership, the funders and especially the countries involved. It was a truly global effort for more than five years and will act as a catalyst for improved health  for every newborn, everywhere.”

Co-author Dr Mercedes de Onis from WHO said: “Low birthweight is a complex clinical entity composed of intrauterine growth restriction and preterm birth. This is why reducing low birthweight requires understanding of the underlying causes in a given country. For example, in Southern Asia a large proportion of low birthweight babies are born at term but with intrauterine growth restriction, which is associated with maternal undernutrition including maternal stunting.

“Conversely, preterm birth is the major contributor to low birthweight in settings with many adolescent pregnancies, high prevalence of infection, or where pregnancy is associated with high levels of fertility treatment and caesarean sections (like in USA and Brazil). Understanding and tackling these underlying causes in high-burden countries should be a priority.”

The authors acknowledge limitations of their study including that while it provides the only systematic data on low birthweight in all countries, it relies on modelling estimates that may be affected by a lack of data in low- and middle-income countries, and that the estimated trends are driven by changes in associated factors such as neonatal mortality and childhood undernutrition, which might not accurately reflect true changes in prevalence.

The study was funded by the Bill & Melinda Gates Foundation, The Children’s Investment Fund Foundation, United Nations Children’s Fund (UNICEF), and WHO.