£8.6m funding to assess life-saving malaria prevention for children under two in Africa 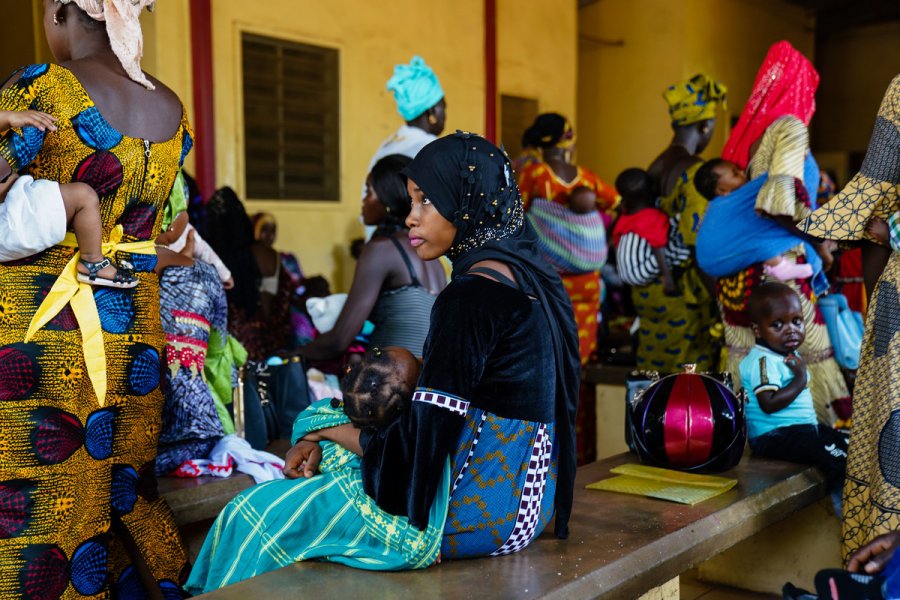 Researchers from the London School of Hygiene & Tropical Medicine (LSHTM) have been awarded over £8.6m to maximise the effectiveness of an intervention to prevent malaria in infants.

This is part of a £25m funding package from Unitaid for the ‘Intermittent Preventive Treatment in infants – Plus’ (IPTi+) project. The initiative is led by Population Services International (PSI) in partnership with LSHTM, working in collaboration with the Ministries of Health in Benin, Cameroon, Côte d’Ivoire, and Mozambique.

IPTi+ targets a crucial population. Children under the age of five years are among the most vulnerable to malaria, accounting for nearly 70% of the estimated 409,000 malaria deaths globally in 2019. More than half of these deaths (54%) are estimated to have occurred in children below two years of age.

Intermittent Preventive Treatment of malaria in infants (IPTi) using the combination anti-malaria medication sulfadoxine-pyrimethamine (SP) is a safe, affordable, and effective intervention shown to reduce rates of malaria and anaemia in children under one year of age by 30% and 21% respectively. The World Health Organization (WHO) recommended IPTi for use in 2010, yet the intervention has only been implemented in Sierra Leone to date, and has not been widely adopted in Africa.

The IPTi+ project will facilitate a country-led process with each country’s Ministry of Health to co-design IPTi+ models specific to each setting. The four implementation countries – Benin, Cameroon, Côte d’Ivoire, and Mozambique – represent diverse health systems and differ in the level of malaria transmission and in the implementation of other malaria interventions. The overall aim is to reach more children, more frequently, in the first years of life to reduce malaria in young children and infants and save lives.

This funding will allow LSHTM to generate evidence to inform country and global-level adoption and scale-up of IPTi+, evaluating the impact, process, and cost-effectiveness. This research will be carried out by LSHTM, working in partnership with PSI, Ministries of Health and local organisations.

Professor Sian Clarke, project lead for LSHTM, said: “IPTi is an underutilised strategy that has been shown to save lives, and we believe there is also scope to improve on this strategy to increase its impact. We look forward to working closely with the Ministry of Health in each of the four countries involved to assess the benefits of increasing the frequency of treatment doses and expanding the age eligibility, to protect children for the first two years of their life.”

Professor Colin Sutherland from LSHTM, said: “As the main partner in the IPTi+ project, LSHTM will make significant contributions to all aspects of the planned work and its evaluation. A key focus will be on working closely with local researchers to measure the prevalence of drug-resistant parasites in all four implementation countries, and map that against impact measures for IPTi+ in each setting. Additional IPTi+ suitability assessments will be carried out in the region, and we are currently in discussion with partners in other African countries.”

Dr Dorothy Fosah Achu, Permanent Secretary, National Malaria Control Program, the Ministry of Health – Cameroon, said: “In the past five years, annually, there have been approximately 4 million malaria cases and 400,000 hospital admissions for malaria in children under 5 years in Cameroon. To address this, we hope that introducing IPTi+, in addition to the use of LLINs, will enable us to further reduce the malaria incidence and hospital admissions contributing to healthier and happier families. The NMCP is excited to work with the IPTi+ Project and two renowned public health institutions, PSI and LSHTM, to introduce and increase access to IPTi+ and ensure accurate monitoring and evaluation of IPTi+ in Cameroon.”

Dr Philippe Duneton, Executive Director of Unitaid, said: “We cannot afford to leave any effective tool unused in our fight against malaria, or we will see our hard-won progress slip away. Unitaid is pleased to announce this major effort to reach hundreds of thousands of young children with IPTi+ – a highly effective but greatly under-utilized intervention for malaria prevention. This latest investment rounds out Unitaid’s work to innovate on all the current antimalarial interventions and improve access we can reignite the fight against malaria and drive down the burden of disease.”

Karl Hoffman, President and CEO of PSI, said: “PSI is proud to be working with the Ministries of Health in Benin, Cameroon, Cote d’Ivoire, and Mozambique, as well as county-level and global malaria partners, and the London School of Hygiene and Tropical Medicine, to accelerate adoption and scale-up of IPTi+. PSI and our partners will engage and convene communities and stakeholders to co-design country-specific IPTi+ models that overcome known barriers to uptake; shape mixed health systems to bring IPTi+ closer to Sara, PSI’s archetypal consumer, and her family; and generate evidence on the impact of IPTi+.”