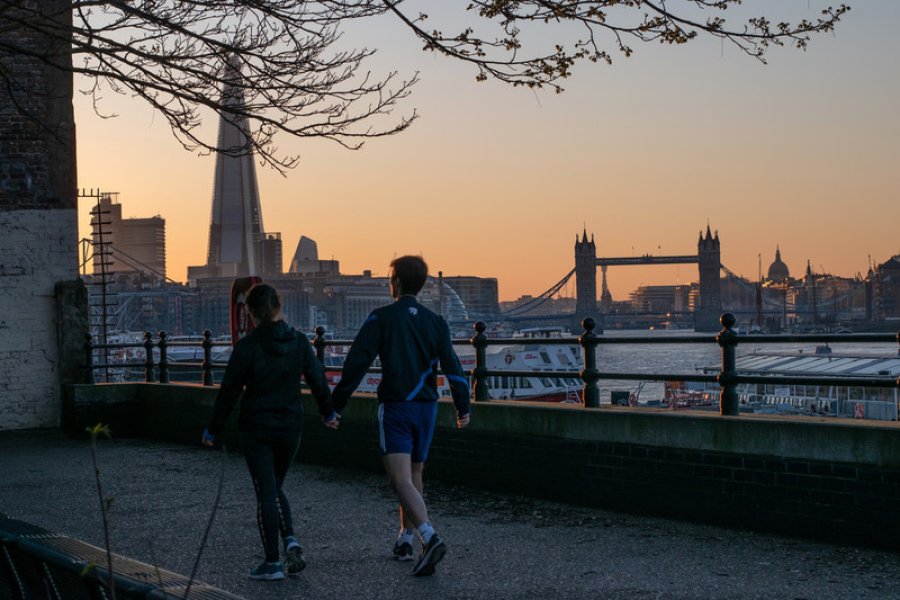 Improved air quality in cities resulting from cutting carbon emissions could lead to large reductions in childhood asthma cases, premature births and incidences of babies born at an unhealthily low weight, according to a study carried out by researchers at the London School of Hygiene & Tropical Medicine (LSHTM).

The research is part of Children, Cities and Climate, the first global initiative to combine an analysis of the child health co-benefits of radical decarbonisation, an under-explored but growing area of research, with a survey asking young people what they think about the cities they live in and the air they breathe.

The modelling study, which is yet to be peer-reviewed, estimates that if the 16 cities included in the analysis reduced air pollution to net-zero levels, more than 20,000 cases of childhood asthma, over 43,000 premature births, and over 22,000 low birthweight births could be averted annually across the 16 cities. This represents almost a quarter of the current number of asthma cases in these cities and a reduction of about 10% for adverse birth outcomes.

At a city level, the results showed:

While it could be expected that benefits would generally be larger in more polluted cities, the authors noted that more data are needed to estimate the true scale of the burden in these cities, where underlying published health information is less available or up to date.

Professor Alan Dangour, Director of LSHTM’s Centre on Climate Change and Planetary Health said, “This research comes at a critical time ahead of COP26 and shows the opportunity we have of improving the health of young people while also contributing to the fight against climate change. The findings serve as compelling evidence of the benefits to the health of our children of actions to reduce carbon emissions.”

Dr. James Milner, Co-Investigator of Children, Cities and Climate said, “The health benefits to adults of reducing carbon emissions have been widely researched but there is less evidence available on the co-benefits to children and young people. This analysis addresses a critical knowledge gap in scientific research and serves as a basis for further investigation into the intersection of climate change, urban air pollution and child health.”

The team modelled the health benefits across 16 global cities by estimating the burden of various health outcomes caused by air pollution at current levels, and for levels corresponding to a global net-zero scenario. The researchers estimated contributions from various sectors, including domestic energy use, energy generation, industry and transport, to concentrations of fine particulate matter (PM2.5) and nitrogen dioxide (NO2), and then removed these to represent air pollution levels at net-zero in each city.

Through a literature review, the researchers also identified several other child health outcomes that could measurably improve with cleaner air, including: lung growth, risk of respiratory infections such as pneumonia, and cognitive development.

In parallel with the modelling study, the researchers surveyed 3,222 young people (aged 13-25), parents of younger children and expectant parents from 59 cities around the world and found that:

To help ensure wide-ranging views were captured, the survey was made available in ten languages and promoted through social media posts that were targeted to the same 16 cities as those included in the co-benefits analysis.

Dr. Robert Hughes, Clinical Research Fellow at LSHTM and Co-Investigator of Children, Cities and Climate said: “Alongside trying to understand the science that connects the health of urban young people and the air they breathe, we also wanted to listen to young people as part of this work. First, we modelled a radical, ambitious decarbonisation – something that young people have been advocating for some time now. We then systematically collected the opinions and ideas of young people from around the world.

“It’s striking, although perhaps not surprising, how much young people are raising air pollution as a problem. They have also shared a wealth of creative and ambitious ideas for how we can work together to improve our urban environments. Our survey of young people should breathe new life into action on air pollution.”

Participants had recommendations to improve city design, urban mobility, health, education and job opportunities. They also highlighted equitable access to basic services as a prerequisite for achieving wider goals, and that inequality, corruption, and lack of climate consciousness are structural barriers that need to be addressed.

In response to the research findings, Jon Bonifacio, Education Coordinator for Youth Advocates for Climate Action (Fridays For Future Philippines), said: “Localised research like this can empower and mobilise young people on climate issues, and validate our everyday experiences.”

Ishita Yadav, Co-Facilitator of the YOUNGO Cities Working Group said, “Air pollution is one of the biggest environmental threats to human health and young people are among the most adversely impacted. The mobilisation of young people in addressing air quality issues presents a unique opportunity to improve the situation.”

The Children, Cities and Climate initiative includes a wide range of activities to engage young people with the research, including a media partnership with Shujaaz Inc. in East Africa, a young scientists programme in London and an art, design and music competition in Zimbabwe.

Tino Mavimba, Coordinator of the Art of Health Breathe In competition said, “Young people in Zimbabwe see air pollution as a significant issue but they are contributing to positive change and inspiring others through the creative arts.”

The findings are being presented on Friday 29th October at COY16, the youth summit in Glasgow, where young people from around the world will be gathering in preparation for COP26.

This study has been funded by Fondation Botnar. Facebook/Instagram has provided support through ad credit for survey recruitment adverts.

Climate change action will improve health and save lives now and in the future
We’re sleepwalking into another global health emergency…COP26 must be our wake-up call
Artificial intelligence and satellite technologies reveal detailed map of air pollution across Great Britain
International study confirms links between exposure to urban pollution and mortality risk
Climate Change is a health as well as an environment emergency
Children, Cities and Climate
Centre on Climate Change and Planetary Health
Learn More