After initially training and practicing in clinical medicine (at Bristol University, and also including a BSc in Global Health from UCL), I completed my Masters in Public Health at Harvard School of Public Health as a Kennedy Scholar.

From there, I joined the UK Department for International Development (DFID - now the Foreign, Commonwealth and Development Office) as a Health/Nutrition Adviser, in a series of roles working in Pakistan, Yemen, Whitehall and then leading the UKaid human development programme in Zambia.

I subsequently joined the Children's Investment Fund Foundation in London as a Senior Fellow to lead development of their Early Childhood Development strategy and programming and supporting work to build linkages between global health and climate portfolios.

In addition to my part-time role at LSHTM I work/have worked as a consultant to the Clean Air Fund (a philanthropic initiative with a mission to tackle air pollution around the world), the Conrad N. Hilton Foundation, WHO and DFID.

I contribute to MSc teaching in the 'Epidemiology in Practice' course and am currently working to set up a new short course on Early Childhood Development in LMICs.

I am currently the Field Research Director for the Nairobi Early Childcare in Slums (NECS) Study, a mixed-methods exploration of childcare in informal settlements in Nairobi, funded by the British Academy and a linked fellowship from Echidna Giving.

In addition, I am leading a Covid Impacts Tracker sub-study exploring how COVID-19 is impacting on the care of young children in informal settlements in Nairobi, supported by Echidna Giving. 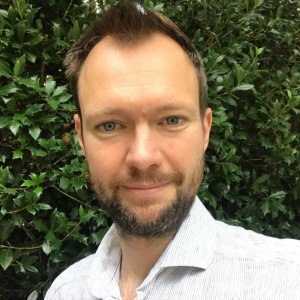