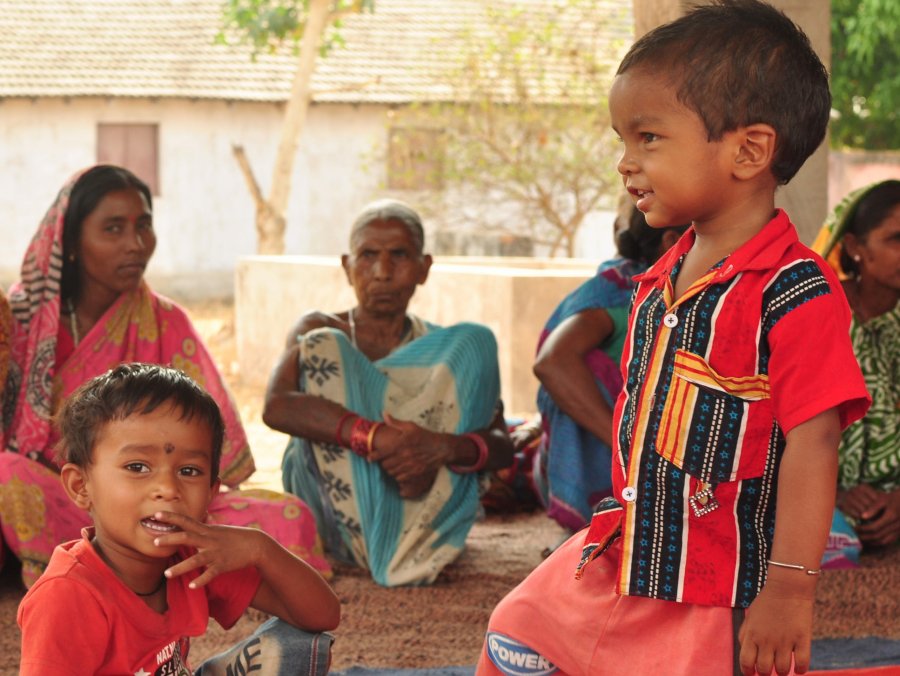 Up to one million children could benefit from a new £19.5m research hub led by the London School of Hygiene & Tropical Medicine (LSHTM) and the London International Development Centre that aims to further our understanding of the causes of stunting.

The new UKRI GCRF ‘Action against Stunting Hub’ will transform the exploration of child under-nutrition from component parts to focusing on the 'whole child'.  It is one of 12 new Global Research Hubs funded by UKRI through the Global Challenges Research Fund (GCRF) - which is a key component in delivering the UK AID strategy and puts UK-led research at the heart of efforts to tackle the United Nations Sustainable Development Goals.

LSHTM is a partner on six of the Hubs, emphasizing the range, reputation and excellence of its research.

Research into stunting, which affects around 160 million children worldwide, has tended to focus on finding a ‘silver bullet’. This Hub will bring a change of emphasis by focusing on examining the relationship between the known biological, social, environmental and behavioural drivers of stunting, currently a missing piece in the puzzle to develop effective interventions. Over the five year collaboration the Hub will aim to reduce child stunting by up to 10% across communities in India, Indonesia and Senegal.

In 2012, the World Health Assembly recognised that child stunting was ‘one of the most significant impediments to human development’ and resolved to decrease the number of children under five who are stunted by 40% by 2025. While gains have been made, progress has stalled. Reducing the world’s stunted children to 100 million is now recognised as largely unachievable.

LSHTM Professor Claire Heffernan and Director of the London International Development Centre is the Hub’s Principal Investigator. She said: “Our hub of 17 world-renowned institutions from the Global North and South are delighted to receive this funding.

Global efforts to reduce stunting are unlikely to be met, which represents a collective tragedy for the children, families, communities and nations involved. This Hub will pursue much-needed interdisciplinary research that will enhance our understanding of the factors that lead to good growth versus no/slow growth in children living in low and middle-income countries.”

In other collaborations announced, Professor Brendan Wren, Dr Richard Stabler, Dr Punam Mangtani and Professor Tony Barnett are co-investigators for the One Health Poultry Hub. Led by the Royal Veterinary College the Hub seeks to explore how to meet rising demand for safe, low-cost poultry meat and eggs while minimising the risk to public health.

LSHTM’s Gender Violence and Health Centre is a core partner in three Hubs, recognising the global importance of inequalities, gender and abuse.

Professor Cathy Zimmerman is a co-investigator for the South-South Migration, Inequality and Development Hub led by Coventry University, which will investigate how migration in the Global South affects inequalities, labour exploitation and development.

Dr Heidi Stöckl is a co-investigator for the University of Oxford’s Accelerating Achievement for Africa’s Adolescents Hub, for which she will lead the evaluation of a complex social intervention on gender-based violence and WASH.

Dr Mazeda Hossain is a co-Principle Investigator on the Gender, Justice and Security Hub where she will lead a work package on methodological innovations. The Hub, led by the London School of Economics and Political Science, seeks to advance sustainable peace by developing an evidence-base around gender, justice and inclusive security in conflict-affected societies.

In the South Asian Nitrogen Hub, led by NERC Centre for Ecology and Hydrology, Professor Alan Dangour will examine the effects of nitrogen pollution on agricultural production, diets and health in South Asia.

Professor Peter Piot, Director of the London School of Hygiene & Tropical Medicine, said: “I am thrilled and proud that our School is playing such a wide-ranging and pivotal role in these important new collaborations. It is testament to the commitment, skill and innovation of LSHTM researchers who work across the globe to tackle some of the world’s most urgent heath issues.”

Over the next five years the interdisciplinary Hubs will work across 85 countries with governments, international agencies, partners and NGOs on the ground in developing countries and around the globe, to develop creative and sustainable solutions which help make the world, and the UK, safer, healthier and more prosperous.

Science and Universities Minister Chris Skidmore, said: “The UK has a reputation for globally influential research and innovation, and is at the centre of a web of global collaboration – showing that science has no borders.

“We have a strong history of partnering with other countries – over 50% of UK authored research involves collaborations with international partners.

“The projects being announced today reinforce our commitment to enhance the UK’s excellence in innovation at home and around the world, driving high-skilled jobs, economic growth and productivity as part of the modern Industrial Strategy.”

“The sheer scale and ambition of these Hubs is what makes them so exciting. They enable us to deliver a coordinated global response with UK researchers working in partnership with researchers, governments, NGOs, community groups and international agencies across developing countries. Each Hub has the potential to transform the quality of life for multitudes throughout the world and safeguard our planet for future generations.”