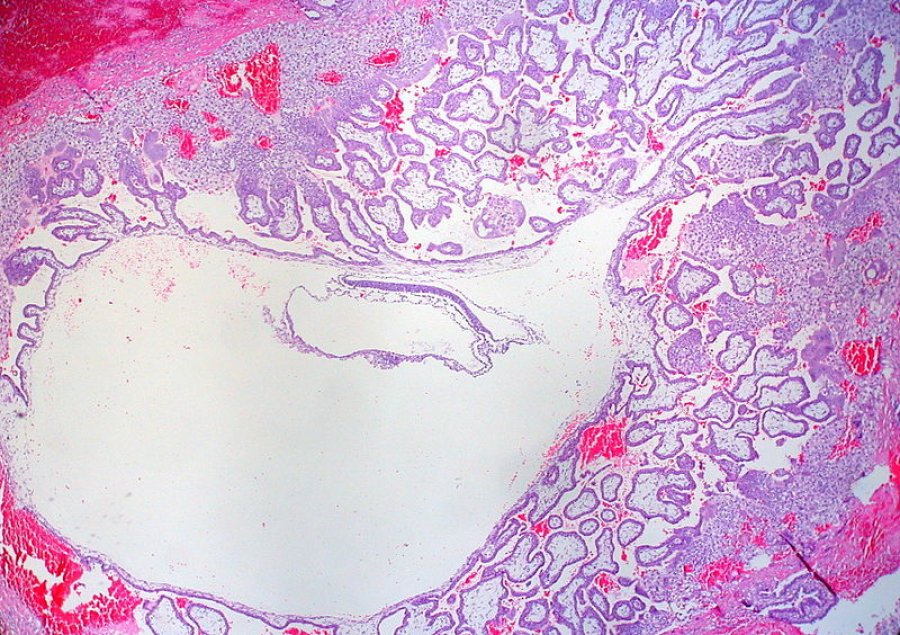 Scientists have gained a glimpse of how marks on our genes that could be linked to adverse health outcomes in later life behave differently in the first few days after conception, according to new research published in Science Advances.

Some of these marks have been associated with the environment experienced by the developing embryo, including differences in maternal nutrition. The research team, led by scientists at the Medical Research Council Unit The Gambia at the London School of Hygiene & Tropical Medicine (LSHTM), say the study is an important step in understanding a mechanism by which the embryo responds to its early environment, with the potential to influence health in later life.

The genes we inherit from our parents are overlaid by a complex set of instructions that govern how they are expressed. These so-called ‘epigenetic’ marks come in a range of different forms and control many vital processes within cells. For example, every cell in the body contains an identical set of inherited genes, but epigenetic marks ensure that different combinations of genes are switched on or off to make the various cell types, such as muscle, bone and nerves.

The researchers studied specialised regions of the genome (known as metastable epialleles or MEs) where the epigenetic (methylation) marks are laid down in the first few days following conception. As in previous studies, MEs were identified by analysing cells from adults and children, but until now scientists have had no way of understanding how these marks behave in the first few days after conception.

To examine this the researchers used publicly available data from Chinese human embryos, conceived through In vitro fertilisation (IVF). This included measures of DNA methylation from multiple stages during early embryonic development, including sperm and egg cells, and time points where the embryo consists of just a few cells.

The team tracked the patterns of erasure and re-establishment of the DNA marks in the first week of life. They then compared this with methylation patterns in fully-differentiated embryonic liver cells from between six and 10 weeks gestation.

They found that MEs show atypical patterns of establishment in these embryos, compared to other regions on the genome.

In contrast to the great majority of methylation sites across the genome which are either fully methylated or unmethylated in all cells, ME methylation is much more variable in embryonic liver and other differentiated tissues. This suggests that the establishment of methylation at MEs may be sensitive to external environmental factors.

The researchers say that these regions could have evolved to sense the nutritional environment, record the information on DNA and adapt the baby to be best suited to its circumstances.

In addition, the researchers were able to characterise other factors related to the position of MEs within the genome which may provide further clues to explain their unusual behaviour.

Dr Matt Silver, senior author at MRC Unit The Gambia at LSHTM, said: “Previously our work has indicated that epigenetic marks in these regions are associated with differences in maternal nutrition around the time of conception, and several MEs have been linked to important health outcomes in later life, although further work is needed to confirm this.

“Here, for the first time, we’ve been able to gain insight into how these marks are being established in the early embryo. Our discovery that they behave in a distinctive fashion in the earliest days of life is an important step in understanding how our very early environment might influence our development and future health.”

Previous research using an ‘experiment of nature’ in The Gambia, where dietary patterns vary significantly between rainy and dry seasons, has suggested that methylation patterns at MEs are affected by a mother’s (and possibly a father’s) nutritional status.

There is also evidence that methylation states at certain MEs are associated with an increased risk of cancers and obesity.

Professor Andrew Prentice, co-author at MRC Unit The Gambia at LSHTM, said: “We cannot alter the genes that we inherit from our parents, but our work suggests we might be able to alter epigenetic patterns that govern how these genes function. The fact that certain epigenetic marks are sensitive to nutrient inputs at the time of conception focusses attention on how crucial it is – for both parents - to eat a healthy and balanced diet before starting a pregnancy.

“These findings also offer the exciting possibility of developing interventions before conception, which might reduce the risk of diseases in the offspring and even in future generations.”

More work is now needed to establish which components of a mother’s and father’s diet and other environmental factors are able to influence DNA methylation patterns in the early embryo, and to better understand how these might link to adverse health outcomes in later life. This will involve further work in cells and further studies in diverse human populations linking diet, epigenetics and health.

The authors acknowledge limitations to their study, including the small number of embryos studied, and the difficulty of gaining a definitive understanding of the extent to which genetic variation can influence DNA methylation at MEs. Furthermore, methylation changes are obtained by analysing methylation in different embryos, each measured at different time points. This is necessary since it is not currently possible to measure methylation changes in the same cells across time.

The study was funded by the Medical Research Council and the Wellcome Trust.