Matt leads the nutritional epigenetics group within the Nutrition Theme of MRC Unit The Gambia at LSHTM.

Our group has a long-standing interest in exploring links between early life exposures and long-term health outcomes. Much of our research is focussed on a rural community in The Gambia in Sub-Saharan West Africa.

Our primary focus is on epigenetics - the study of modifications to the genome that can affect gene expression without altering the underlying DNA sequence.  Evidence from animal and human studies suggests such modifications could mediate observed associations between early-life nutrition and later health and disease.

One element of our epigenetics research involves the study of an ‘experiment of nature’ in rural Gambia whereby fluctuations in energy balance and maternal nutritional exposures show a distinct bimodal seasonal pattern. We have shown that Gambian season of conception (SoC) and blood levels of certain maternal nutritional biomarkers relating to one-carbon metabolism are associated with DNA methylation in infants at a number of metastable epialleles (MEs) - genomic regions where methylation is established stochastically in the early embryo, leading to systemic (cross-tissue) inter-individual variation.

Our work has highlighted interesting candidate loci linking early exposures to later health outcomes including a differentially methylated region of the PAX8 gene implicated in thyroid gland differentiation and function which is associated with thryoid volume and free thyroxine (T4) in Gambian children. Other SoC-associated candidate MEs include a region at the POMC gene with links to obesity in children and adults, and the tumour supressor ncRNA gene VTRNA2-1 which is linked to immune function.

We also use multi-omic data and bioinformatic techniques to explore genetic and other factors that may be driving the distinctive DNA methylation dynamics at MEs and other variably methylated regions in the early human embryo. 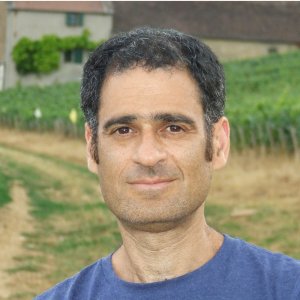