Aaargh midges: but Scotland’s bitey critters may hold the key to malaria

James Logan, Professor in the Department of Disease Control and Director of the Arthropod Control Product Test Centre (ARCTEC) at the London School of Hygiene & Tropical Medicine and A.Jennifer Mordue, Emeritus Professor of Zoology at the University of Aberdeen.

James Logan, Professor in the Department of Disease Control and Director of the Arthropod Control Product Test Centre (ARCTEC) at the London School of Hygiene & Tropical Medicine and A.Jennifer Mordue, Emeritus Professor of Zoology at the University of Aberdeen.

Even among the greatest enthusiasts for visiting Scotland in the summertime, few would miss the ravenous midge. 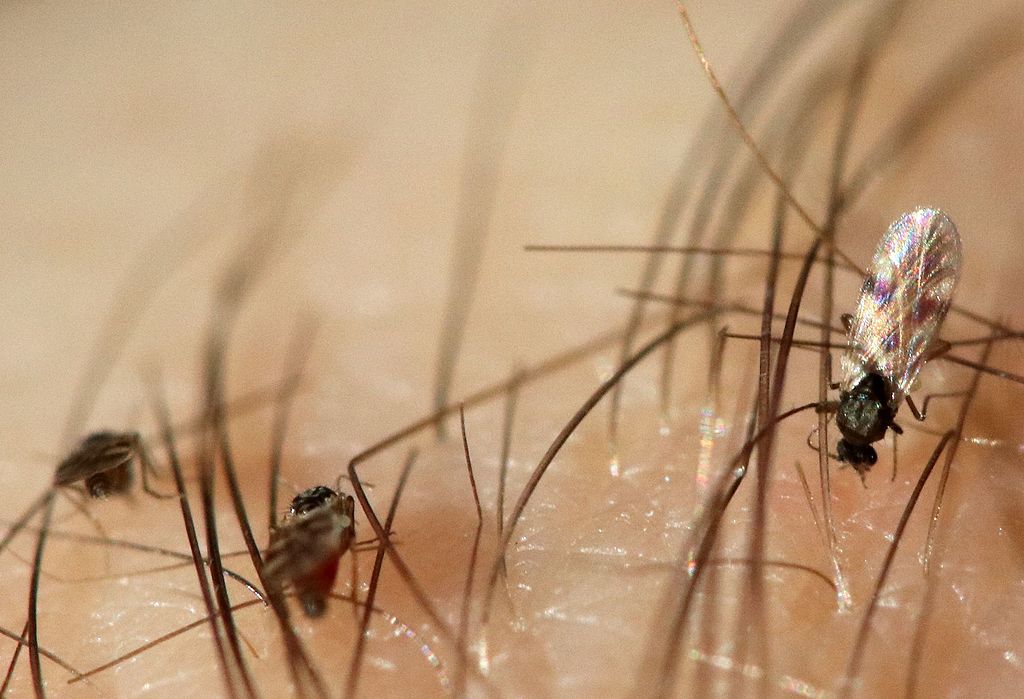 Culicoides impunctatus is a persistent biter of outdoor types, occurring in vast numbers in some of the most beautiful parts of the countryside.

But if midges make it harder to enjoy the Scottish outdoors, there may soon be an important consolation. Work began by researchers several decades ago to help understand why they prefer certain types of people is informing new research into another bloodsucker whose feeding habits can be deadly: the mosquito. If it succeeds, the results could make a big difference in the battle against malaria.

Midges are in their element in the Scottish Highlands in wet acid grassland among rushes, sphagnum mosses and silver birch, where rainfall is more than 125cm a year. The minute worm-like larvae live in the soil over winter, emerging as adults in June.

The blood-sucking females spend the months until October attacking people and animals voraciously to gain protein to grow their eggs. They are particularly active at dawn and dusk and also on damp still days when cloud levels are low, since this favours their flight activity. As many as 40,000 could land on one forearm in a single hour, we have estimated.

Little wonder that complaining about itchy red bites from midges is a Scottish literary tradition. One particularly good example was penned by Edward Burt, a civil engineer during military road construction in the 1730s. He wrote:

I have been vexed with a plague of Malhoulakins that bore with their little augers turning the face to red and causing great wrath and curses of the little vermin.

One persistent question about midges over the years has been why some people are attacked by them more than others. This fascinating phenomenon was the subject of a study around 15 years ago by University of Aberdeen, Rothamsted Research and the London School of Hygiene and Tropical Medicine.

Volunteers were asked to bare their flesh on the west coast of Scotland to separate the “midge magnets” from the people who get left alone. Next, their body odour was collected by putting the volunteers inside large bags and extracting the air through filters to trap the chemicals (see right).

Finally, an experiment was done where the human odour extracts were blown over midge antennae, connected to mini-electrodes, to identify the compounds the insects could detect in human odour. It was found that the people who don’t attract midges produce natural repellents. It’s as though their bodies have a natural defence.

As a result of this discovery, a new generation of products with natural human-derived repellents is under development. But most importantly, it also helped inform work on mosquitoes. As with midges, it was discovered that some people produce compounds which give them a natural defence against these carriers of malaria, dengue and Zika. Malaria alone kills hundreds of thousands of people every year.

But these findings still left many unanswered questions about the genetics of such compounds. Another study conducted on the shores of Loch Ness revealed that attractiveness to midges runs in families. And through work on identical and non-identical twins, it was shown that the trait for being unattractive to biting insects was highly heritable.

The London School of Hygiene and Tropical Medicine has now received a grant from the Medical Research Council to work on identifying the genes that control the production of natural repellents in people in the UK and also in The Gambia. The hope is that in the next few years, this will unlock new ways of controlling diseases like malaria, including a pill that would cause the body to release natural repellents.

If so, it might be time for Scots and others to learn to love the irksome midge. It might have annoyed people since time immemorial. But if it helps to solve one of the world’s greatest public health problems, maybe all those bites will have been worth it after all.