Skip to content
Close
LSHTM
Found 0 results for your search. Showing 0 to 0.
No results could be found for your search.
x Close Search
Close
Webinar
16 Days of Activism Against Gender-Based Violence
Health in Humanitarian Crises Centre
MARCH Centre
series event

The session will present new research and initiatives designed to raise awareness and inspire action on gender-based violence (GBV). It will focus on work happening in two ongoing humanitarian crises in Cabo Delgado province of northern Mozambique and in Syria.

We will also screen a short documentary "I was there" made by Women Now for Development, a Syrian women’s organisation with centres in Syria, Lebanon, Turkey and France, which draws attention to the violence that Syrian women are subjected to as prisoners of conscience or when being arbitrarily detained. Discussions with the panellists will focus on their experiences of documenting and researching GBV in the two settings and the different sorts of action such work hopes to provoke.

This session will be moderated by Dr Jennifer Palmer, Assistant Professor and Co-Director of LSHTM’s Health in Humanitarian Crises Centre.

Giulia D’Odorico is a Research Fellow at the Department of Global Health and Development, Faculty of Public Health and Policy at LSHTM. Prior to joining LSHTM, Giulia worked in the humanitarian field for international and local organisations. She recently worked in Malawi and Mozambique in HIV projects with Key Populations (female sex workers, men who have sex with men (MSM) and transgender). Her previous work in international development in Ecuador and in a women's shelter in Italy focused on violence against women. The common thread throughout Giulia’s research career has been violence against women, gender and migration in Italy. She completed her doctorate at the University of Padua in 2014 with a thesis on migration and marriage among youth of Moroccan origin in Italy.

New accordion content Maria has a PhD in Microbiology and an MSc in project analysis and sustainable development. WND is the largest women's organisation operating inside Syria and neighbouring countries focusing on protection, empowerment and participation, in addition to feminist knowledge production and advocacy.

She has worked in a variety of fields – with diversity teams, in schools and art institutions – and features in the documentary, "I was there". 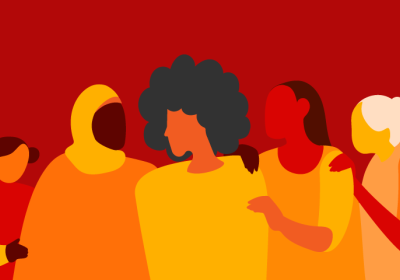 The intersections between climate change and gender-based violence

The extent and quality of involving childhood abuse survivors in shaping, conducting and dissemination research in the UK: A systematic review

The Learning Initiative on Norms, Exploitation and Abuse: Intervention development

Predictors and consequences of intimate partner violence in Tanzania: A mixed-methods longitudinal study

Introduction into research on gender-based violence at LSHTM